Maidan on the Moskva 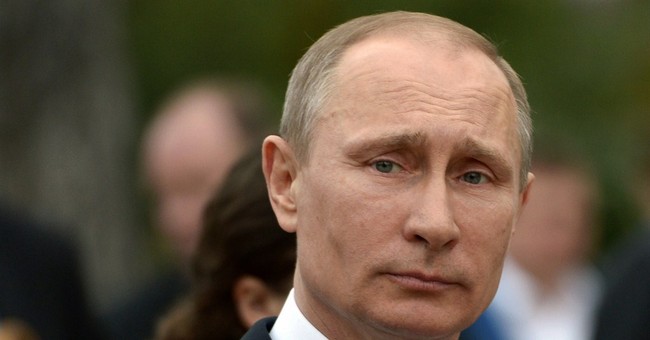 “Maidan” means public square in Ukrainian, it was on Independence Square in Kiev where the thuggish and corrupt regime of ex-President Viktor Yanukovych was overthrown. “Maidan” is a symbol of political freedom for ordinary Ukrainian citizens and a potential political nightmare for Russian President Vladimir Putin and his Kremlin cabal. Yanukovych is on the lam somewhere in eastern Russia, and Putin is grimly determined to avoid a similar fate. Whether he succeeds may depend largely on one variable: the price of energy, namely Russia’s oil and gas exports.

In more than one respect, Ukraine is Russia without oil and gas. They share a common culture dating back more than a millennium, and Ukraine was once part of both the Romanov and Soviet empires. Both countries suffer from systematic corruption, inefficient domestic industries, and ineffective government institutions.

Energy prices began their long ascent just as Putin became president in 2000, and the flow of petrodollars has been sufficient for him to purchase the loyalty of the voracious bureaucratic class. Putin sits astride a system of cronyism and patronage that keeps rival clans in place, while enough money trickles down to the population to secure nominal acquiescence.

In Soviet times, Moscow was a gray and dreary place, beset by shortages. And in the first decade after the Soviet collapse, chaos, instability and poverty reigned. But in recent years bustling cafes and restaurants have sprouted everywhere, the streets are jammed with Western branded cars, and the shopping centers are filled with imported goods.

The Sochi Olympics illustrate how the system worlds. Russia spend over $50 billion developing Sochi and the venues for the winter games. Half was stolen or embezzled, and the remainder went towards building an enormous prestige projects of little long-term value to the economy. But it was a seven year feeding trough for dishonest officials and well-connected oligarchs. And the public got to witness a grand spectacle which boosted national pride, governance by bread and circuses.

A decade ago, the budget – corruption and all – could be balanced as long as oil was $30 a barrel. But production costs have risen, just as the expectations of Putin’s supporter and the general public have increased. Now the Finance Ministry estimates that the budget can be kept in balance only if oil stays above $100.

Like other commodities, oil and gas prices are notoriously volatile and difficult to predict. However, futures prices show a decidedly lower long term trend. And increased production from shale, reduced tensions in the Persian Gulf, or slower Chinese economic growth could all be catalysts for lower prices.

If energy prices do drop significantly, a scenario many experts consider entirely possible, there may well be Moscow’s version of Maidan. Russia’s financial reserves are sufficient to withstand a temporary decline in oil prices, but probably not more than a year or two. If the energy revenues that underpin the system dry up, the system will be in trouble.

Russia’s next presidential elections are scheduled for 2018, and Putin has suggested that he may run for a fourth term. But the public is showing signs of Putin fatigue. And if in the meantime energy prices do falter, cracks will begin to show in the current Kremlin system of governance.

Moscow is clearly rattled by the events in Kiev. Putin’s personal envoy to the former Yanukovych regime, Vladimir Lukin, refers to the new government as the “nationalist-revolutionary terrorist Maidan.” And Kremlin spin doctors hysterically insist that Ukraine’s pro-Western demonstrators and activists are far right-wing extremists and neo-Nazis in the pay of American and Eu spy agencies.

Russians are currently not deeply discontented with their country’s rulers. And they are instinctively afraid of political conflict. The historical memory of revolution and civil war still resonates, and the chaos of the Yeltsin years weighs heavily on people’s minds. But if the flow of petrodollars drops far enough and long enough, the goodwill those dollars buy will evaporate quickly. And that may be the point when the glaring defects of Putin-style government will no longer be grudgingly tolerated by the public, who may well look to Kiev’s Maidan for inspiration.