A Unique American Moment, Fifty Years Ago Today: The Rescue of Apollo 13

Mark Davis
|
Posted: Apr 14, 2020 12:01 AM
Share   Tweet
The opinions expressed by columnists are their own and do not necessarily represent the views of Townhall.com. 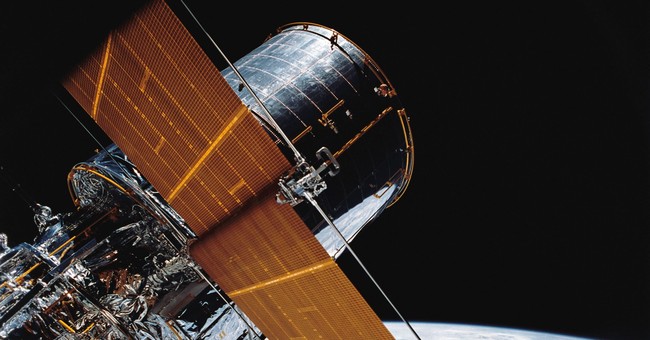 Jim Lovell should be in a large venue right now, hearing the thunderous applause of Americans thrilled to enjoy the company of the 92-year-old veteran astronaut on the 50th anniversary of the victory over tragedy that was Apollo 13.

He should ideally be joined by his crewmate Fred Haise, 86, who was slated to walk on the moon with Lovell when they launched on April 11, 1970.  Two-thirds of the way to the moon, their spacecraft exploded, throwing the crew, NASA and the nation into a drama not seen before or since.

We have lost astronauts before.  In a launch pad rehearsal in 1967, in a space shuttle launch in 1986, in a shuttle re-entry in 2003.  But as the nation grew nonchalant about moon walks after the triumph of the first footsteps of Apollo 11, we were drawn back to our TV screens to pray that we would not witness a crew dying in deep space.

It was an honor of my lifetime to conduct an onstage interview with Lovell and Haise at a Dallas Frontiers of Flight museum gala in 2017.  Every molecule of detail came rushing back from my childhood days of staying glued to TV screens for moonwalks long after most public interest faded.  My questions for Lovell were not limited to escaping death on Apollo 13.  He was also part of the mission that sent man to orbit the moon for the very first time, the Apollo 8 flight featuring the reading from the Book of Genesis at Christmastime 1968.  Two years earlier, he and Apollo 8 crewmate Frank Borman tested human endurance in space with two grueling weeks in a cramped Gemini capsule.  I could have bent his ear all night, and upon recollection, I pretty well did.

Fred Haise was a delight to meet, and willing to field every question I had on the procedural minutiae of landing the lunar module Aquarius on the lunar surface, which he never got to do.

Instead, the spindly LM was the lifeboat used by Lovell, Haise and command module pilot Jack Swigert to return to Earth in triumph on April 17.  But it was not a simple matter of cramming three men into a craft built for two and then just hunkering down for the return trip.  The oxygen tank explosion created crises of steering and life support, with questions of whether there would be enough breathable air or usable power to bring the crew home.

Already speeding toward the moon at the time of the explosion on April 13, the crew fielded ideas on the fly from the NASA team, knowing they would have to whip around the moon’s far side before attempting to light an engine burn to return to Earth.

With no certainty this would work, the Apollo 13 crew peered out of windows to see the lunar surface, so temptingly close, but rendered forever unattainable for them.

But the dashed dream of a moon landing was not their most pressing issue.  With an unequaled burst of ingenuity and pure determination, NASA and the crew collaborated for the safe return chronicled in Lovell’s book “Lost Moon,” which became Ron Howard’s superb “Apollo 13” film in 1995.

In the movie, Tom Hanks as Lovell raises his thumb to the sky in his back yard, blocking the moon.  Lovell’s real-life thumb story takes place as they circled the moon, where he was able to place the entire Earth behind that thumb, musing that every member of humanity and every element of the life as he knows it was obscured behind it.  “I realized how insignificant we are against the backdrop of the universe,” he told me in 2017, adding that there was no time to mull over such wonders with flight engineers hurtling ideas at them designed to allow them to return to those Earthly lives.

But return they did, streaking back into the atmosphere after returning to Earth orbit, then climbing back into the icy, dormant command module. The lunar module that never got to land had performed an even more vital task; it had saved their lives. They watched as it floated off to disintegrate in the Earth’s atmosphere.  They even got to see the panels blown off the service module by the explosion as they separated from it in their cone-shaped crew capsule.

When that capsule splashed into the South Pacific, the craft and its crew recovered by the USS Iwo Jima, the task began of writing the history of what has been called the American space program’s “most successful failure.”  That became a handy way of describing how NASA and the Apollo 13 crew snatched an amazing escape from the clutches of death.  We would land on the moon six total times before the final lunar mission in 1972, each landing a spectacular success requiring years of planning capped with meticulous execution.

But count me among those who view the rescue of Apollo 13 as a feat no less extraordinary.  Human footprints on another world were a goal dreamed of for eons, but ultimately made completely doable with sufficient American resolve.  But when damaged wire insulation ignited inside a spacecraft more than 200,000 miles away, a whole new depth of courage and tenacity was instantly necessary.  NASA and the Apollo 13 crew supplied those qualities in stunning amounts.

Today, we can remember this inspiring achievement a half-century ago; we can tell our kids and grandkids about an American attitude we would do well to rediscover.  But because of the paralysis of coronavirus quarantines, there can be no dinners, no speeches, no awards, no public remembrance to show the surviving astronauts and NASA personnel the deep regard we have for their historic accomplishments.

So let’s do something better.  While some are still alive to share stories of our greatest exploits, let us devote the time and attention to remembering what they did and how our nation once embraced them.  There are compelling efforts under way to put men and women back in space, even back on the moon on the way to Mars-- something the astronauts of the ‘60s (and the kids of the ‘60s) surely thought we would have done by now.

Twelve men have walked on the moon.  Jim Lovell and Fred Haise know that number should be fourteen.  But they are alive to tell the tale of their journey of fifty years ago; let’s all be grateful for that, for their generation of spacefarers, and for a country that captured the imagination of the world by sending them on man’s greatest exploration.