If Trump Loses, Who Will Deserve The Blame?

Mark Davis
|
Posted: Aug 12, 2016 12:01 AM
Share   Tweet
The opinions expressed by columnists are their own and do not necessarily represent the views of Townhall.com. 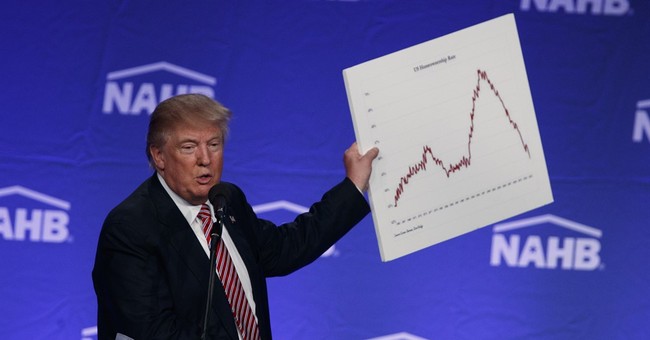 August has not been a good month for those of us who are actually interested in preventing a Hillary Clinton presidency.

The left was always expected to be an obstacle, aided by willing handmaidens in the dominant media culture. But we have been additionally thwarted by Republicans unable to achieve clarity on the necessity of this mission. Throw in our candidate’s self-inflicted wounds, and moods have darkened.

This is a thoroughly winnable election, still more than twelve weeks away. We have a candidate who is far superior to Hillary Clinton on national security, taxes, job creation, gun rights, health care, rebuilding the military and the vital issue of Supreme Court choices. If we can spend more time celebrating his skillful deployment of those comparisons and less time cleaning up his messes, we will win.

That is a sizable if, but I plan to spend every day until the election doing things that bring about the defeat of Hillary Clinton, while pointing out the hazards of failing to do so.

However, the air hangs thick with residual NeverTrumper discontent. This has sparked discussion over whether foot-dragging Republicans will actually be to blame if he loses. If we shuffle off to nightmare-filled sleep November 8 after a Hillary Clinton win, will we have contrarian politicians and pundits to blame?

The answer is: it depends.

Any allegiance to conservatism requires fending off the disaster of her presidency. The only sensible choice is for the malcontents to get with the program, unify and help return this woman and her husband to private life permanently.

But if they do not, and Trump loses, is it their fault?

It will be if he brings us sufficient focus and discipline to deserve victory. If we blaze a trail to November 8 spending relatively few days explaining what he meant in his latest shoot-from-the-hip brushfire because he has done a laudable job of showing America why he is an infinitely better choice, then yes, it will be time to inform the NeverTrumpers that they own every stinking day of the ruinous presidency that will then unfold.

If Trump does pleasantly surprise us with a home stretch short on crises, maybe some of the recalcitrant know-it-alls will shrug and get on board. But many will not. They have made clear that they are fine with a status-quo establishment dichotomy, even if it features a presidency we have spent a generation dreading, and the country be damned.

Those die-hards are unmoved by the logic that they will have enabled a Hillary presidency, because they simply do not care. They have proven it.

But I believe there are many Trump skeptics who will thaw as November 8 draws nearer. They will see that a corrupt President who has alternately sacrificed and monetized our national security is a far worse prospect than any vagaries the Trump years may bring.

If they do not, then yes, we should long remember their betrayal as we endure Obama’s third term.

What if Trump is just getting warmed up in the unforced errors department? What if September and October are a wheels-off catastrophe dispiriting to even enthusiastic supporters? This, by the way, is the firm prediction from the camp of his haters.

But here in mid-August, there is no way to know which Trump we are going to get. As such, it is the duty of every conservative to join the fight to at least give America a shot at a rescue from a continuation of the worst policies of our lifetime.

If our candidate does not sufficiently cooperate, at least we will have done our part. The Hillary presidency will not unfold because we lost focus. There will be at least some shred of peace from that as our liberties blink out in the coming years.

As someone passionately fighting for a Trump win, why am I spending time musing over the scapegoating landscape in the event of a Trump loss? I offer it as motivation, an appeal to any shred of objectivity that may be reachable in the minds and hearts of the Trump-haters.

If he runs a terrible campaign, they can say their initial predictions were correct. Good for them, we will award brownie points as we await the collapse of the economy and the Constitution.

But if he runs a good campaign, winning over enough votes to forestall a national calamity, what a tragedy if he loses one necessary state by a slim margin because NeverTrumpers denied America the life preserver of their cooperation.