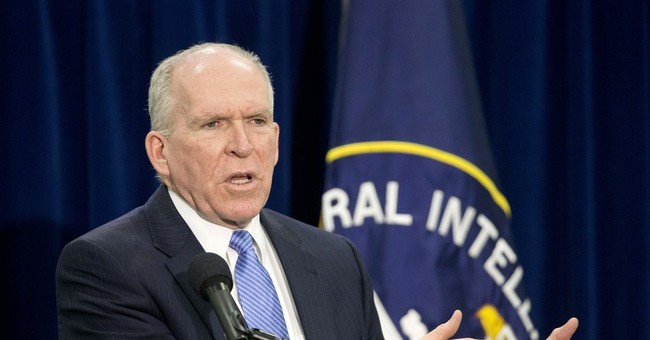 It is a pack of lies and misrepresentations. It is dishonest to the core and makes little effort to seem otherwise. It discredits heroes who have sacrificed to keep our nation safe. It is, to quote the best Vice President of my lifetime, “full of crap.”

To give it a fitting title, it is the Smear Report Solely From The Side of A Committee That Cannot Handle What It Takes To Fight Terrorists.

News reports have referred to it fraudulently as a “Senate report” as if it were a collaborative effort of both parties. It is the exclusive handiwork of a Democrat faction that grasped very briefly what our war was about after 9/11 but then defaulted to its instinctive hatred of George W. Bush, its willful blindness to evil in the world and its characteristic moral fog on what is necessary to fight such evil.

The Obama years have given terrorists a long break from the serious consequences that used to be exacted for withholding information. Without such tempering prospects facing them, al Qaeda, ISIS and their various brothers in blood have been on an Obama-era rampage, putting beheadings and terror alerts back onto the front pages and the fronts of our minds.

The November election showed a gathering weariness for Obama policies. It seemed driven by distastes for Obamacare and economic stagnation, but surely some soured voters have just had it up to their eyeballs with the weakened America we now live in.

This feebleness is the result of leftist governance, which speaks of bringing terrorists “to justice” rather than bringing them to their knees. It pretends evil can be reasoned with and refuses to recognize that we must not only destroy the enemy’s encampments but also its will.

That flavor of belief is about to whimper back into minority status in the United States Senate, but not without some parting slander from Dianne Feinstein and others who knew exactly what was coming and once approved of it.

Senators currently defaming our intelligence efforts with glee were in briefings a decade ago and uttered not a peep. The wounds were still fresh, the American bodies barely cold, the public still clinging to some semblance of resolve.

But now, with a wounded Democrat president meandering through his final chapters, they see the rehabilitation of the Bush years in full swing. As ISIS rolled unabated across the Middle East, it was instructive to revisit Bush comments from 2007 that cautioned against exiting too early, lest the enemy re-occupy, regroup and re-establish a foothold for killing the infidels. He was completely correct.

To Democrats, this cannot stand. Their meekness cannot be blamed in the history books for an uptick in terror that threatens to further discredit the already stained Obama legacy.

So out with the knives and a budget of tens of millions of dollars. The mission: to spin a tale of interrogation techniques that were unnecessarily brutal and yielded nothing.

The sorry pages of this fiction were met with immediate and skilled rebuttals from the people who actually carried out the interrogations and crafted the surrounding policies. A compliant media carried the water for the Senate Democrats, as when NBC anchor Brian Williams stooped to a new low (even for NBCUniversal), drawing an equivalency between terrorists and the family of former CIA director Michael Hayden:

"What if you, or God forbid, members of your family had to undergo some of the treatments we are reading about in this report?" Williams asked. Displaying restraint I could not have mustered, Hayden replied: “I actually think that my concern or my outrage, if that were ever done to any of my family members, would be somewhat muted if my family member had just killed 3,000 of my citizens," Hayden said.

What Williams deserved was to have his impertinent question thrust right back into his own home and family. One wonders if the anchorman might achieve some clarity if his own wife, son or daughter were in the deadly clutches of our enemies. I would suggest he would find fault with any solution that fell short of doing anything that might yield information to save their lives.

But therein lies the perceptual block in the liberal brain. They cannot connect the dots that lead from enhanced interrogations to saved lives.

ABC’s Jonathan Karl pressed beleaguered White House spokesman Josh Earnest this week to reveal Barack Obama’s view on the effectiveness of such interrogations. When Earnest could not say Obama wholly dismissed the connection, that’s when any American could safely conclude that the President of the United States may not like those techniques, but he cannot deny their effectiveness. If he could, he surely would. Anything to put a shiv into the ribs of his predecessor’s reputation.

If evasive answers from a White House spokesman are not compelling enough, consider the direct quotes from CIA Director John Brennan, who has more than once used the soft language of bringing these animals “to justice.” Even he takes issue with the fraudulent findings of the Senate report.

“Whatever your views are on EITs, our nation and in particular this agency, [we] did a lot of things right during this difficult time to keep this country strong and secure.”

Keep in mind Brennan is referring to the full span of CIA procedures since 9/11, dating back through seven of his predecessors, three of whom served the despised Bush.

“Detainees who were subjected to EITs at some point during their confinement subsequently provided information that our experts found to be useful and valuable in our counterterrorism efforts,” Brennan told reporters Thursday. From the gathered pack of reporters eager to hear the administration embrace the Senate Committee fantasies, there arose a question aimed directly at the killing of Osama bin Laden, which liberals are pleased to affix to the Obama legacy. I can only imagine the sucker-punch delivered to the Bush-haters as Barack Obama’s CIA director credited Bush policies for his boss’s foremost (some would say only) bold stroke since inheriting the war:

“It is our considered view that the detainees who were subjected to enhanced interrogation techniques provided information that was useful and was used in the ultimate operation to go against bin Laden.”

This is in stark contrast to the Commander-in-Chief, who is so fond of berating those valuable techniques with dismissive puffery such as “That’s not who we are.”

Well, it was for a while. And let the record show that it worked, no matter the prattling of bitter political hacks looking to rewrite a chapter of history where they are entrenched on the wrong side.