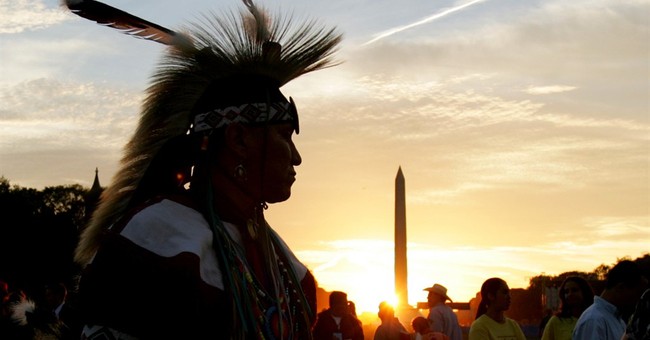 U.S. District Court recently ruled that New York can stop payday lenders from making loans, even when those loans are originated from tribal offices outside New York. This ruling expanded the state’s jurisdiction over lenders to tribal sovereign enterprises. This is not only inconsistent with Supreme Court precedent; it attacks the very notion of tribal sovereignty.

In August, New York’s Department of Financial Services Superintendent Benjamin Lawsky issued a cease-and-desist order to tribal lenders conducting business with New York residents on the basis that their loans violated New York’s cap on interest rates. It might seem silly that Lawsky would try to stop a consensual agreement between lender and borrower, but you can’t blame him too much. He is following the time-honored New York tradition of using government to limit the choices of others. Don’t think people should eat trans fat? Ban it. Drinking too much sugar? Goodbye, Big Gulps.

When it comes to lending, New York has a 16% usury cap on loans. Despite the fact that two people might agree they are both better off if one lends to the other at a rate over 16%, the government of New York has decided it knows best.

New York’s nanny-state preferences aside, the law is clear that the state’s jurisdiction stops at its borders. The State of New York cannot extend its sovereignty over Native American reservations that are not even within the borders of New York, regardless of what Lawsky might think, and the recent court ruling is not likely to hold in the long run.

There were two basic questions at the heart of the dispute that the U.S. District Court had to weigh in its ruling. First, does tribal sovereign immunity apply to commercial activities, such as lending, or is it limited to purely governmental functions? Second, does tribal immunity cover activity where some part of that activity, such as one side of a transaction, exists outside the boundaries of the reservation?

Both questions already have answers.

The second issue has also been settled by the Supreme Court in 1998’s Kiowa Tribe of Oklahoma v. Manufacturing Technologies decision, which ruled that even when tribes entered into activities executed off-reservation, they still enjoyed sovereign immunity. The Kiowa holding more than covers the current New York payday issue. The loans, which Lawsky wants to ban, were officially entered into on tribal land. Borrowers agreed to be bound by tribal law. The payday loans which Lawsky wants to prohibit were executed on tribal lands in Oklahoma and Michigan, not in the State of New York.

There was no coercion or deception. These were voluntary agreements reached between borrower and lender where both agreed to be covered by sovereign tribal law. Whatever Lawsky’s feelings are about the rest of us being able to make decisions for ourselves, in this case, the choice is not his to make.

The evidence is also clear that these transactions benefit the borrowers. Outright payday banshave been associated with increases in bankruptcy, as families are unable to borrow to cover short-term emergencies. Bans also force borrowers into informal transactions, where the terms are considerably more onerous than any witnessed in the payday industry. At 16%, New York’s prohibition essentially renders any payday products unprofitable.

The evidence, such as that produced by the Federal Reserve Bank of New York, also suggests that increased competition drives down the cost of consumer borrowing, whereas regulation generally increases that cost. The tribal lenders are providing something that is desperately lacking in New York’s financial markets: competition. Instead of attacking that competition, Lawsky should be welcoming it.

The District Court’s decision is unlikely to be the last word. Issues of tribal sovereignty have regularly made it before the U.S. Supreme Court for the very reason that state governments have often been hostile to the sovereign rights of tribal governments. Debates as to the free financial choices of individuals are also unlikely to fade anytime soon.

We have regularly seen tribes attacked whenever they dared engage in commercial activity — such as selling cigarettes or operating casinos — that does not conform to the prudish tastes of upper-class America. Even if these activities did harm consumers — doubtful as they were freely entered into — the harm would appear quite minor compared to that which has been repeatedly imposed upon the U.S. Native American population.