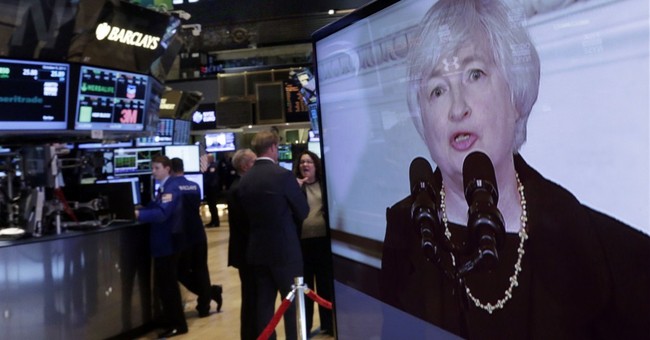 And while Yellen is likely to receive a frosty reception from Republicans, she has a very good chance of garnering the necessary 60 votes needed to achieve Senate confirmation. She will of course break new ground as the first female head of the Fed, but will also sadly represent a continuation of the Fed’s current policies and long history of repeated failures. If you’ve made a fortune riding the various Fed-induced asset bubbles, Yellen is the woman for you. But just make sure to exit the rollercoaster before the next downturn.

Washington has a long history of gifting positions to those who patiently wait and serve their time within the establishment. And it is harder to find a candidate more within the Fed’s institutional mainstream than Yellen. In addition to her early career as a Fed economist, and her time as a Fed board member in the mid 1990s, she did a long stint as president of the San Francisco Fed. Clearly this is someone who knows the institution.

But despite that long history, Yellen has done little to make anyone believe she is ready to challenge that institution in any serious way. When asked about her time at the San Francisco Fed, a district which covers not just California but also Nevada and Arizona, she responded that regulatory oversight during the housing boom was “careful and appropriate.” Perhaps that explains why she missed the greatest housing boom in US history, despite sitting right on top of it.

The Beige book reports from Yellen during this time also repeatedly reflect a regulator who perceived mortgage credit quality as strong. If some of us could spot an overheated housing market from Washington, you really have to wonder how anyone could miss it sitting in San Francisco.

The answer is that she wasn’t even looking for it. Just as we now repeatedly hear concerns about a weak US labour market, which is true, we heard the same concerns after the Dot com bubble. But the Fed reaction was to keep the pedal-to-the-metal with loose monetary policy for far too long, and the result was a massive housing bubble. Since that bubble was creating jobs, it was largely viewed from the Fed as a good thing. All evidence suggests Yellen shared this benign perspective on the housing bubble, at times echoing Bernanke’s claim that everything was well contained.

This article appeared on City A.M