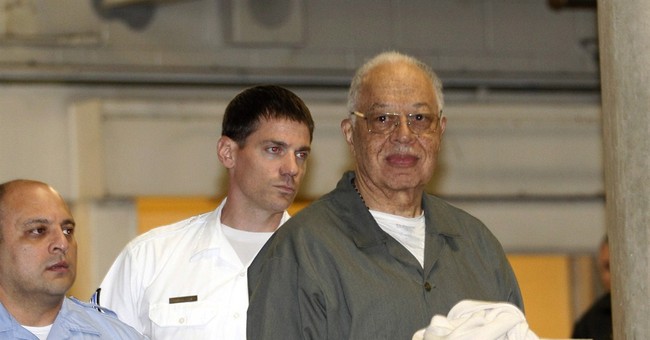 A Durham abortion facility became the third to close down either temporarily or permanently last week due to health violations. In the wake of the horror stories that came out of the Kermit Gosnell trial in Philadelphia, states across the nation are taking action to protect women from the filthy conditions and dangerous practices occurring inside America’s abortion clinics.

Like other states, North Carolina has been anxious to ensure it is not the sight of the next Gosnell – sloppy abortions on filthy tables, with old, dirty, and broken instruments, and drugged and dazed “patients” “recovering” in blood-stained recliners. Thus, in July, the General Assembly passed a bill to clean up abortion clinics by adopting new rules, and the Governor signed it into law.

The abortion industry is throwing a tantrum over the new regulations which, in North Carolina’s case, will be drafted this fall by the Department of Health & Human Services. Nevertheless, Planned Parenthood, NARAL, and their ilk are fighting tooth and nail. They argue that the financial cost associated with raising the health and safety standards and bringing clinics up to the code of ambulatory surgical centers is enough to “regulate them out of existence.”

These cries are disingenuous at best. The abortion industry’s unwillingness to invest to get their facilities in order reveals their much ignored priority: profiting from abortion even at the expense of women's health.

This means that North Carolina’s affiliates of America’s largest abortion provider have more than $15 million in net assets to comply with any and all regulations. Not too shabby for an organization that has been classified as a charity in the state and receives a substantial amount in government funding.

As the standard-bearer in Big Abortion, Planned Parenthood – which last year performed a record 333,964 abortions nationwide – is responsible for setting industry trends and expectations. Instead, Planned Parenthood spends its time and resources fighting common sense regulations to combat real threats to women’s health.

In the last year, an abortion clinic in Charlotte was labeled “an imminent threat to the health and safety of patients” after the health department found dead insects, blood splatters and dirty surgical instruments inside. Another clinic, the FemCare abortion clinic in Asheville was cited for 23 “egregious” health violations, including that the operating room floor and beds were dirty, the anesthesia masks were torn and held together with tape, there was no resuscitator available, and emergency equipment was not regularly checked to make sure it worked. FemCare had not been inspected in more than seven years.

North Carolina women deserve better – and if Planned Parenthood and the abortion industry really wanted to take women’s health seriously, they would confront these problems. But with abortion services bringing in anywhere from $350 to $550 per procedure, it is not hard to see why they’re fighting increased scrutiny. They want to avoid – at all cost – any impact on their bottom line, including loss of revenue.

In an effort to turn the argument around, pro-abortion advocates are falling back on their preferred “war on women” line of attack.


But per usual, this argument doesn’t hold any water. It was pro-life woman leaders in the North Carolina state house, including Representatives Ruth Samuelson and Jacquelyn Schaffer, who fought so admirably for the Health and Safety Changes Act. They stood up for the dignity and safety of women precisely because they understand where the real war on women is taking place.

The clinics of Kermit Gosnell, Douglas Karpen, and the sites of other abortion clinic horrors uncovered nationwide are the real front lines of the war on women. These incidents have made clear that the abortion industry cannot be prevailed upon to police itself, and we will continue to see tragedy for women so long as Planned Parenthood, NARAL and the like champion unfettered access to unsafe abortion and call it “health care.”

For North Carolina’s political leaders, not only is opposing these common sense measures a moral mistake, it is a political one as well. In Washington, Senator Kay Hagan has already flat out refused to support a compassionate, reasonable limit to late-term abortions past 20 weeks.

To speak out so boldly on such popular legislation shows just who Senator Hagan is reporting to these days – that’s the abortion lobby, not the people of the Tar Heel state. 22

North Carolina women deserve better. The nation was rocked by the horrors of the Gosnell abortion clinic in Philadelphia, but we have our own “Gosnells” in North Carolina. The need for abortion clinic reforms was never greater. These facilities have been allowed to operate in our state with little supervision for too long. Now is the time for change whether the abortion industry likes it or not.