Marita Noon
|
Posted: Jul 11, 2016 2:06 PM
Share   Tweet
The opinions expressed by columnists are their own and do not necessarily represent the views of Townhall.com. 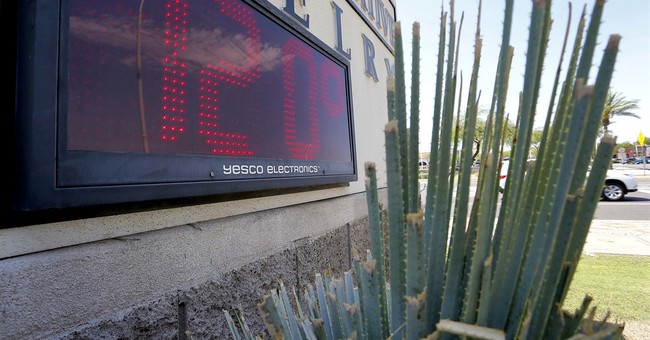 Death Valley, California, is known as “the hottest place on earth.” But, if you hear the news that the “Hottest Place on Earth Has Record-Breaking Hot June”—when “temperatures exceeded average June temperatures by about 6 °F”—it might be easy to ascribe the heat to alarmist claims of climate change. While Southern California was experiencing power outages due to a heat wave, Death Valley hit 126 °F—though the previous June high was 129 °F on June 30, 2013, and Death Valley holds the highest officially recorded temperature on the planet: 134 °F on July 10, 1913.