No 'Incredibly Small' Wars Against Energy by Obama 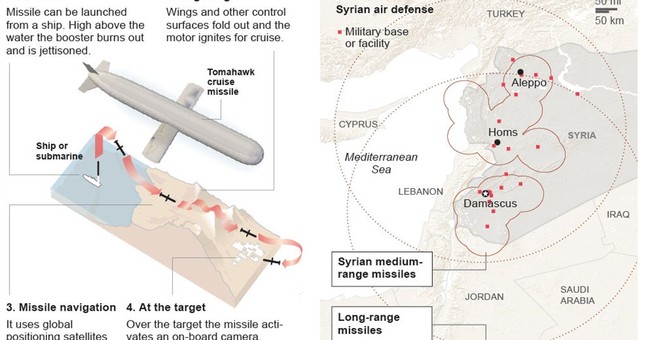 Look closely at the energy-related news stories of the past dozen or so days, and, between the lines, you’ll see a theme: government makes predictions and assertions that cannot be backed up by data to protect or project preferred messaging.

The unusual collaboration of the University of Texas (UT) and the Environmental Defense Fund (EDF) conducted a first-ever detailed examination—more than 500 wells were analyzed—of individual drilling sites to determine the total amount of escaped methane from shale gas operations. The study was released on September 16 by the National Academy of Sciences. The New York Times story on the study opens with: “Drilling for shale gas through hydraulic fracturing, or fracking, appears to cause smaller leaks of the greenhouse gas methane than the federal government had estimated.” It reports: “Previous E.P.A. estimates relied on engineering calculations, and other studies gathered data via aircraft flights over drilling sites.”

Why does this matter? Because environmental groups have used previous methane-leak estimates to claim that leaks offset the environmental benefits of the clean-burning natural gas the wells produce. Such claims are used to bolster fracking opposition. A September 17 press release from the US Senate Committee on Environment and Public Works states: “methane leakage from shale gas development is not releasing nearly as much methane as U.S. Environmental Protection Agency (EPA) had predicted. EPA’s grossly exaggerated estimates have been widely used by critics and far-left environmentalists to discredit the benefits of hydraulic fracturing.”

The exaggerated estimates of methane leaks came from a study released two years ago when two Cornell University scientists, Robert Howarth and Anthony Ingraffea, reported catastrophic levels of methane were being leaked by fracking operations. According to Forbes, “a slew of experts” discredited the research, which just reviewed EPA data and relied on estimates and hypotheticals.

Jon Entine cites the Park Foundation as the source of funding for much of Cornell’s anti-fracking research. Park also funded the anti-fracking Gasland movies. Entine states: “Two years ago in an interview for an investigative story on Park and Howarth for Ethical Corporation, the Cornell professor blurted out to me that he was recruited by a Park Foundation family member who thought a university study criticizing fracking and challenging the ‘green credentials’ of shale gas would advance the cause.”

The Associated Press “Big Story” titled: “Study: Methane leaks from gas drilling not huge,” concludes: “While methane concentrations in the atmosphere have been rising since 2007, federal scientists say they’ve found no sign that gas or oil drilling is contributing because the methane emissions come from a different part of the globe.”

Opposition to fracking also uses threats to the water supply and earthquake fears to scare people.

Back in 2011, the EPA blamed fracking for groundwater contamination in Pavillion, Wyoming. Reports declared: “For the first time, federal environmental regulators have made a direct link between the controversial drilling practice known as hydraulic fracturing and groundwater contamination.” Then, after the report was found to be flawed, in June, the EPA announced: that “it does not plan to finalize or seek peer review of its draft Pavillion groundwater report.” Now, as of September 11, the EPA has “officially washed its hands of the investigation.” Marcellus Drilling News explains: “Now, with hardly a peep, the EPA published an official notice in yesterday’s Federal Register that they’ve turned the lights out on their Pavillion investigation.” Referencing the EPA Pavillion study, on May 16, 2012, Investors Business Times states: “if eventually upheld, [it] would be the first time that drilling for natural gas itself contaminated water from underground aquifers.” Apparently, by admission that it will not “finalize or seek peer review of the final draft report,” the EPA couldn’t uphold its findings.

Reporter Mark Green posted an overview of a September 12 briefing he attended, regarding a peer-reviewed study done on hydraulic fracturing’s impacts. The study, Green says, is “hailed by the author as the first comprehensive look at the environmental impacts of hydraulic fracturing.” The study was conducted at the 1000-acre Inglewood oil field in the heart of Los Angeles and concludes: “energy development using fracking and horizontal drilling technologies is safe, doesn’t threaten water supplies or cause earthquakes.” The study specifically examined groundwater, seismic activity, well integrity, and air emissions.

At the briefing, the study’s lead author Dan Tormey, a hydrologist, geochemist, and civil engineer, talked about how the public receives their information. Tormey told of addressing the public with the facts, when an audience member said: “Gasland is our facts, and you’re trying to present these as your facts.” Tomey told the crowd at the September 12 briefing: “I found that really interesting because the first-generation studies were really a data-free zone, and the purpose of this study was to be very data-rich.” He added: “Facts have a longer row to hoe than fear.”

Some of the study results Green cited include: “Fracking had no detectable effect on vibration and did not induce earthquakes,” and “emissions associated with high-volume hydraulic fracturing were within standards set by the regional air quality authority.”

The UN Intergovernmental Panel on Climate Change (IPCC) is scheduled to release its fifth Assessment Report (AR5) on September 27. But leaked copies indicate that it will “dial back on the alarm.” On September 16, the Financial Post published a graph from AR5 (figure 1.4, chapter 1). “The IPCC graph shows that climate models predicted temperatures should have responded by rising somewhere between about 0.2 and 0.9 degrees C over the same period. But the actual temperature change was only about 0.1 degrees, and was within the margin of error around zero. In other words, models significantly over-predicted the warming effect of CO2 emissions for the past 22 years.”

Facts like these, as the Pointman blog puts it, are giving the “feeling in the air that the IPCC is having a final solitary drink in the Last Chance Saloon, before riding out to be permanently swallowed up by the badlands outside of town.”

Adding to the “feeling in the air,” on September 17, the Heartland Institute, in cooperation with the Science & Environmental Policy Project, and the Center for the Study of Carbon Dioxide and Global Change, released the Nongovernmental International Panel on Climate Change (NIPCC) 2013 Report: Climate Change Reconsidered II—which focuses on facts rather than fear and cites dozens of peer-reviewed papers. The NIPCC report is 1200 pages long and was prepared by 50 climatologists and other scientists from 15 countries (an Executive Summary and a Summary for Policymakers is available). The goal of the NIPCC report, according to Jim Lakely, Director of Communications for the Heartland Institute, “is to inform the public, scientific community, and media that the upcoming IPCC report doesn’t have all the science to make informed judgments.”

In his review of the NIPCC report, Paul Driessen states: “The NIPCC authors conclude that existing climate models ‘are unable to make accurate projections of climate even ten years ahead, let alone the 100-year period that has been adopted by policy planners. The output of such models should therefore not be used to guide public policy formulation, until they have been validated [by comparison to actual observations] and shown to have predictive value.’”

Driessen adds: “the deficient models are being used to devise and justify policies, laws and regulations that stigmatize and penalize hydrocarbon use, promote and subsidize wind and solar energy, and have hugely negative effects on jobs, family energy bills, the overall economy and people’s lives.”

Which brings us to the coal news.

Cal Thomas, in a September 18 column addressing climate change, says: “Too many people have too much invested in perpetuating this fiction.” Hence, in the face of facts, on September 20, the EPA released the latest attack in Obama’s war on coal: new limits on carbon-dioxide emissions from all future power plants built in the United States that are so strict, they essentially serve as a moratorium on all new coal plants for decades to come because they require technology that is not yet viable. In 2010, the Government Accountability Office found that commercial deployment of Carbon Capture Sequestration was possible in 10 to 15 years contingent upon overcoming economic, technical, and legal challenges that have yet to be met.

In response, Senate Minority Leader Mitch McConnell (R-KY) said: “The President's decision today is an escalation of the War on Coal and what that really means for Kentucky families is an escalation of his War on Jobs and the Kentucky economy.” Similarly, Senator Joe Manchin, (D-WV), said: “If these regulations go into effect, American jobs will be lost, electricity prices will soar and economic uncertainty will grow.”

The EPA’s latest blow in the war on coal is really part of a bigger war on energy—which becomes a war on jobs. Eastern Kentucky lost about 4000 mining jobs in 2012. On September 17, James River Coal announced it would lay off 525 full-time workers.

Add in the September 17 news of the White House’s pick of Ron Binz to be the nation's top energy regulator—about whom the Wall Street Journal said has “a record and philosophy hostile toward fossil fuels of any kind”—and you surely see a pattern.

But why? Let’s go back to the Cal Thomas quote: “Too many people have too much invested in perpetuating this fiction.”

Also in the news on September 17: “Ecotality, an electric car charger maker, files for bankruptcy.” Reuters reports: “The San Francisco-based company is among a growing number of U.S. alternative-energy companies that have struggled or succumbed amid consumer resistance to the high cost and restricted driving range associated with electric vehicles.”

Ecotality received a $99.8 million Department of Energy (DOE) grant in August 2009—part of the nearly $100 billion allocated to green energy projects through the 2009 stimulus bill. As the largest unsecured creditor, The DOE is owed $6.5 million. As Christine Lakatos and I have reported, Ecotality is just the latest in an embarrassing string of failures for the President. More than fifty such “investments” of taxpayer money (given to Obama donors and friends of other high-ranking Democrats) have now gone bankrupt or are circling the drain.

If fracking is allowed to continue, oil and natural gas will be plentiful, we won’t need expensive wind- and solar-generated electricity; we don’t need to transform the entire transportation fleet to range-limited electric vehicles.

If manmade climate change isn’t an issue and fossil fuels aren’t the demon they’ve been made out to be, we can continue to generate cost-effective coal-fueled electricity and drive cars powered by domestic oil and natural gas. We don’t need electric vehicles.

If fracking continues and climate change isn’t an issue and coal-fueled power plants are allowed to live out their economic lives, the millions and millions of taxpayer dollars spent on expensive, green energy—in the midst of an economic crisis—will have been for naught. It would be exposed as the scam it is.

Instead, as this week’s news proves, we continue the Chicken Little attempt to keep the sky from falling.

Someone posted a cartoon on my Facebook page. It showed Obama flying a fighter jet with the name “War on Coal” painted on the nose. Underneath was the caption: “We don’t do pin-pricks.” In the war on coal, the war on energy, the war on jobs, the war on the economy—there’ve been no pin-pricks. It is a full on assault. The question is, will the American people fight back by giving coal-based, Obama-supporting Democrats—such as Nick Rahall (WV-3), Ann Kirkpatrick (AZ-1), and Bill Enyart (IL-2)—the boot in 2014 or will they roll over and play dead?