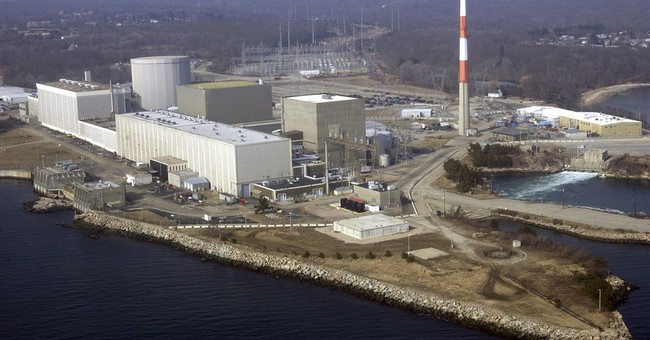 On Wednesday, July 10, the House passed H.R. 2609—which Bloomberg News called a “$30.4 Billion Energy-Water Spending Measure.” The 2014 Energy-Water Development appropriations bill will cut spending on renewables and other green energy programs in half and was passed mostly along party lines—with 4 Republicans voting against and 7 Democrats for it.

While many of the different taxpayer funded green energy programs introduced in the 2009 stimulus bill —which have produced more than 50 bankrupt, or near bankrupt, projects—have now expired, the Fleming amendment draws attention to a pot of money that is, currently, largely unspent.  Fleming describes this remaining boondoggle: “The Obama 2009 stimulus bill cost taxpayers about $830 billion, and much of it was wasted on growing government and administration giveaways, like a $3.25 billion loan program that put taxpayers on the hook for failed green energy projects. A company could take a government loan and walk away from a project without paying taxpayers back, even if the company remained in business. In a free market economy, companies may turn to banks and investors to borrow money, but the government should not force taxpayers to be lenders, even as it gives borrowers a pass on paying back their loans.”

While Republicans realize the embarrassing failure of the stimulus bill’s green energy programs, Democrats want to keep spending—often in the face of opposition from their usual supporters. One of the most controversial commercial green energy projects,Cape Wind, provides a case in point.

In 2010, the National Park Service deemed Nantucket Sound to be eligible for listing on the National Register of Historic Places as a Traditional Cultural Property (TCP) because of its cultural significance to the local Wampanoag tribes. (Note: a TCP designation successfully blocked uranium mining in New Mexico.) The Mashpee Wampanoag Tribe on Cape Cod and the Wampanoag Tribe of Gayhead/Aquinnah on Martha’s Vineyard believe that Cape Wind would not only desecrate sacred land, but also harm their traditional religious and cultural practices. In opposition to Cape Wind, the Wampanoag Tribe of Gayhead/Aquinnah currently has a lawsuit pending in U.S. District Court in DC.

Nantucket Sound is home to several species of endangered and protected birds and marine mammals and has been designated an Essential Fish Habitat. Cape Wind’s construction and operations would threaten this rich and fragile environment. Numerous environmental organizations, led by Public Employees for Environmental Responsibility, have a lawsuit pending for violations of the Endangered Species Act and the Migratory Bird Treaty Act.

Opposition to Cape Wind also comes from groups who side with jobs and economic development.

·  Commercial fishermen, who earn the majority of their income in the area of the proposed site, believe this project would displace commercial fishing and permanently threaten their livelihoods. They vehemently oppose Cape Wind.

·  A decline in tourism, according to the Beacon Hill Institute at Suffolk University, would lead to the loss of up to 2,500 jobs and property values would decline by $1.35 billion.

·  Located in an area with more than 200 days of fog per year and quickly changing weather, Cape Wind would create significant navigational hazards for thousands of commercial and recreational vessels and pose an unacceptable risk to aviation safety. The local ferry lines, which transport more than three million passengers every year, have called the project “an accident waiting to happen.” All three local airports strongly oppose the project and have expressed safety concerns for the millions of passengers flying over the Sound each year.

·  The project would impose billions of dollars in additional electricity costs for businesses, households, and municipalities throughout Massachusetts. Dr. Jonathan Lesser, President of Continental Economics, calls Cape Wind a “poster child for green energy excess.” In a 2010 peer-reviewed paper, he stated: “the billions of dollars Massachusetts ratepayers will be forced to pay for the electricity it generates will not provide economic salvation but will simply hasten the exodus of business, industry, and jobs from the state.”

Despite widespread opposition, President Obama and Governor Patrick are closely allied and working together to push Cape Wind forward for political advantage. Audra Parker, President and Chief Executive Officer of the Alliance to Protect Nantucket Sound (APNS), says Cape Wind is “a project that is controversial, extremely expensive, and one that has been propelled forward by shortcuts, bending of rules, and political favoritism.”

Freedom of Information Act (FOIA) requests and House Oversight Committee research found significant coordination between the Patrick and Obama administrations through the Department of Interior to push Cape Wind forward and gain financial assistance for Cape Wind through the loan guarantee program. For example, a June 24, 2011, email (acquired through APNS FOIA requests) describes a request by the White House to include Cape Wind in an economic briefing for the President on the loan guarantee program: “The WH was very direct about what should be included in the slides so we don’t have much flexibility.” The email specifically stated that the White House wanted: “1 slide on status of Cape Wind (because he [the President] has heard from Gov. Patrick a few times – they are close friends).” In the months prior and after Cape Wind was notified that its application for section 1705 assistance was put on hold, there were numerous meetings and calls between MA state officials, including Governor Patrick, with senior officials at Department of Energy (DOE)and the Loan Guarantee Program, including the usual players: Jonathan Silver and Secretary Chu.

In April, US News addressed a new Government Accountability Office (GAO) report that points to federal subsidies for wind energy that are rife with wasteful spending: “The GAO report finds substantial overlap in federal wind initiatives. This duplication allows some applicants to receive multiple sources of financial support for deployment of a single project.”

Once again, the $2.6 billion Cape Wind construction is illustrative of how the overlaps can give the developer more in taxpayer-funded benefits than the project’s actual cost. Federal incentives, including a $780 million energy investment credit, a DOE loan guarantee, and accelerated depreciation could be more than $1.3 billion—or more than 50% of the project’s cost. But, this just represents the federal package. Add in state incentives and the combined total could be $4.3 billion—exceeding the projected cost by 167%. Cape Wind claims to create only 50 permanent jobs—which would equal a staggering $86 million per job.

But, it is not just the money—though in the current constrained fiscal environment, money is a huge consideration. Government agency recommendations and/or policy—including the Advisory Council for Historic Preservation, the Federal Aviation Administration (FAA), the Bureau of Ocean Energy Management, Regulation and Enforcement, and the US Fish and Wildlife Service—had to be overridden or overlooked to prevent “undue burden on the developer” that “could possibly bankrupt them.”

For example, a May 3, 2010, FAA PowerPoint presentation to Eastern Service Area Directors includes a slide titled “Political Implications” which states: “The Secretary of the Interior has approved this project. The Administration is under pressure to promote green energy production. It would be very difficult politically to refuse approval of this project.”

While this quick overview of the Cape Wind project barely touches the surface issues, it highlights the folly of allocating billions of dollars of state and federal money for green energy projects at the expense of the taxpayers. Any stimulus funds designated for green energy, but not yet “invested,” should be withdrawn; taxpayers should be taken off the hook—which is the goal of the Fleming amendment passed on July 10.

Too bad these specifics in the 2014 Energy-Water Development appropriations bill are little more than a representation of the different approaches of the parties: one wants to fund more green energy projects and the other wants to cut—which also reflects the division throughout America. Because our government is operating on one continuing resolution after another, the appropriations bill is a mere formality. As pointed out on June 25, at Georgetown University, President Obama intends to “invest in the clean-energy companies”—despite the exorbitant financial cost of the projects and economic damages they will cause the public.