Mario Lopez
|
Posted: Feb 18, 2021 12:01 AM
Share   Tweet
The opinions expressed by columnists are their own and do not necessarily represent the views of Townhall.com. 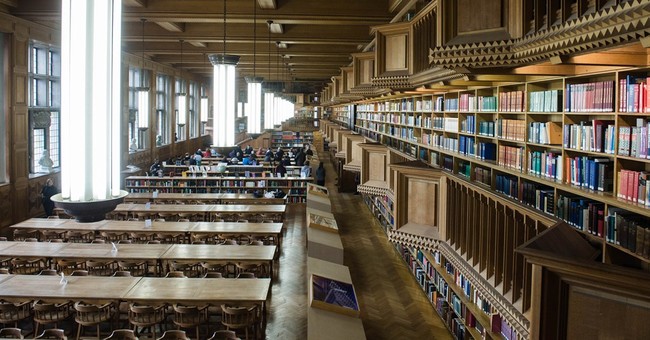 One of the immutable rules when it comes to Washington politicians addressing important policy issues, is that they consistently ignore the law of unintended consequences.

A recent example is the little noticed effort by congressional Democrats to change a key component of federal funding regulations for higher education called the “90/10 rule.”

Under the rule, proprietary colleges and universities may derive no more than 90 percent of their revenues from federal student aid programs, with 10 percent coming from non-federal funding.

In reality, the change would hurt not only those veterans, but also segments of the population like first-generation college students who depend on Pell Grants and other forms of assistance, especially those from underserved communities.

And virtually nobody is paying attention.

That is partly because congressional Democrats are trying to sneak the 90/10 revision into their massive COVID-19 relief plan, which of course is not intended to deal with specific issues in higher education.  One publication that obtained a copy of the measure summed it up in a way that has become all too familiar: “As with some bills passed through Congress, other unrelated legislative measures are sometimes included.”

There is also another harmful consequence: changing 90/10 would equally impact millions of need-based students who are not necessarily veterans.

Students have flocked to proprietary colleges because they often have additional responsibilities in life—such as jobs and families—and they need the flexibility and career-focused degree programs such schools offer.  Not everyone can attend a traditional four year university or other state institution—and they shouldn’t need to enhance their professional opportunities.

As other observers have noted, “most low-income students and their families have little or no money to contribute towards their education.”  Changing 90/10 would make it even harder for these students to come up with non-federal sources of funds, which would mean many would have to stop school in the middle of earning their degree or never attend college at all.

The negative effects on minority students would be disproportionate. For example, Federal Reserve Board data shows that Black and Hispanic students are three times more likely to attend a proprietary college than non-Hispanic White students.

It is possible that the likelihood of these very real and substantive objections could be addressed if the proposed changes were to undergo the regular committee process instead of being snuck into an enormous bill.  That assumption may be too generous, but at a minimum, it would give more elected officials a chance to raise serious questions in public view.

As it stands, there are those who are so bent on hurting proprietary schools, that they cannot—or perhaps just do not want to—see that they will hurt those least able to bear it.  Because as the evidence makes clear, changing the 90/10 rule, no matter how well intentioned, would severely impact groups like veterans, first-generation college-goers, and members of underserved communities.

Congress needs to rethink this ill-advised portion of the COVID relief bill and be more thoughtful in making higher education decisions that affect millions of Americans who just want to get an education to improve their lives.