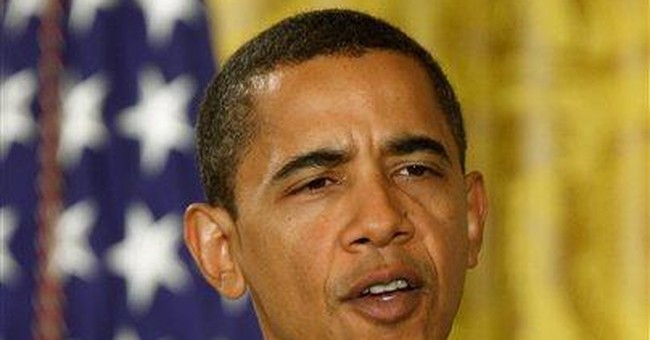 The day after hundreds of thousands of pro-lifers gathered in Washington, D.C. to stand for the millions of babies lost every year through abortion, President Obama decided to spread his message of “unity” and “empathy” by signing an executive order overturning the Mexico City Policy.  This was a policy treasured by all pro-life Americans that prevented our tax dollars from going to organizations that promote abortion overseas.

“I have directed my staff to reach out to those on all sides of this issue to achieve the goal of reducing unintended pregnancies,” Obama said.  Really?  Okay, here is the letter that I’d like for your staff to take back to you:

To those who value life, this act feels more like a slap in the face than a hand reaching out.  Maybe your “olive branch” should have been extended before making your decision to fund abortions overseas.  Perhaps we could have pointed out that giving more money to those who promote abortion does not help you achieve your goal of “reducing unintended pregnancies.”  Abortion reduces lives, not pregnancies.

You would think that a President who wants to move past the old stereotypes would try to understand an issue by carefully studying it, gathering facts, and then listening to opinions on both sides before making such an important policy decision.  But such was not the case here.  It is clear that the driving force behind this decision was nothing more than politics.

And the politicization permeates Obama’s entire administration.  Answers given by Deputy Secretary of State nominee James B. Steinberg to Senator Jim DeMint (R-South Carolina) regarding the Mexico City Policy show us the Obama administration does not rely on law and facts, but on opinion and ideology:

Sen. DeMint: For more than 30 years the Hyde amendments, which prohibit federal funding for domestic abortion services, have been supported by Republican and Democrat administrations and Congress.  Unfortunately, while this is the domestic policy of the United States, President Obama has vowed to reverse our foreign policy by repealing the Mexico City Policy and use federal taxpayer dollars to fund abortion services overseas.  Do you support President Obama’s efforts to lift the Mexico City restrictions?  Do you believe our foreign policy should contradict long held domestic policies?

Mr. Steinberg: President Obama has supported repeal of the Mexico City Policy, as has Secretary Clinton.  Longstanding law, authored by Senator Jesse Helms, expressly prohibits the use of U.S. funds for abortion.  The Mexico City Policy is an unnecessary restriction that, if applied to organizations based in this country, would be an unconstitutional limitation on free speech.

Talk about politicizing an issue.  Mr. Steinberg recognizes that “longstanding law” in our country “expressly prohibits the use of U.S. funds for abortion,” and therefore concludes that the Mexico City Policy is “unnecessary.”  However, in the very same sentence, he says that “if applied to organizations based in this country, [it] would be an unconstitutional limitation on free speech.”  The second part of the answer reflects the opinion, or perhaps wishful thinking, of the administration but not the law, as he seemed to correctly recognize in the first part of his answer.

The Supreme Court has already dealt with this issue in Rust v. Sullivan where it rejected the claim that an unequal subsidization of one service over another amounts to a violation of the First Amendment by impermissibly discriminating based on viewpoint.  The Court said:

[T]he government may “make a value judgment favoring childbirth over abortion, and … implement that judgment by the allocation of public funds.”  Here the Government is exercising the authority it possesses . . . to subsidize family planning services which will lead to conception and childbirth, and declining to “promote or encourage abortion.”  The Government can, without violating the Constitution, selectively fund a program to encourage certain activities it believes to be in the public interest, without at the same time funding an alternative program which seeks to deal with the problem in another way.  In so doing, the Government has not discriminated on the basis of viewpoint; it has merely chosen to fund one activity to the exclusion of the other.  “[A] legislature’s decision not to subsidize the exercise of a fundamental right does not infringe the right.”

Simply put, if Congress decides to set aside some funds to promote democracy, it is not required to also fund communism and fascism in order to avoid “viewpoint discrimination.”  There is no violation of the First Amendment freedom of speech.

But apparently that’s not really important here.  The important thing is to appease the abortion advocates who played such a vital role in President Obama’s successful political campaign.

To be fair though, ending politicization by politicizing issues goes well with other themes in the administration, like “change” by continuing to appoint the same old political players, and “hope” by making the taxpayers pay more and more so the government can bailout every industry in the world.  They are being consistent, if nothing else.