Marina Medvin
|
Posted: Apr 15, 2020 12:01 AM
Share   Tweet
The opinions expressed by columnists are their own and do not necessarily represent the views of Townhall.com. 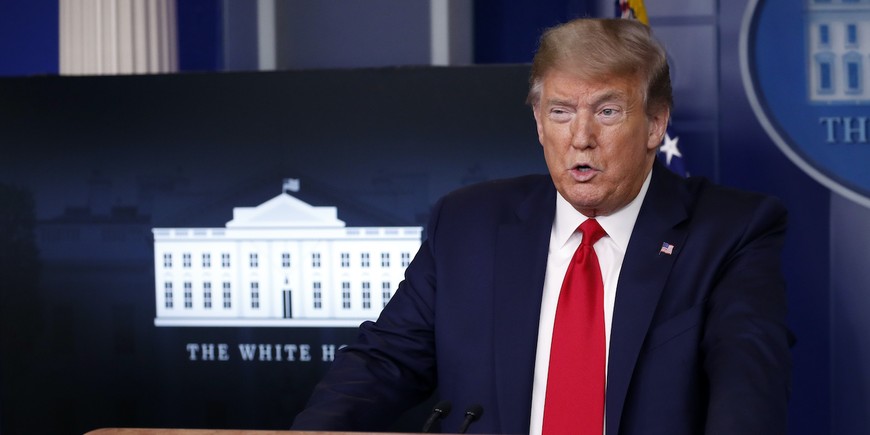 Professor Yitzhak Ben Israel of Tel Aviv University, who also serves on the research and development advisory board for Teva Pharmaceutical Industries, plotted the rates of new coronavirus infections of the U.S., U.K., Sweden, Italy, Israel, Switzerland, France, Germany, and Spain. The numbers told a shocking story: irrespective of whether the country quarantined like Israel, or went about business as usual like Sweden, coronavirus peaked and subsided in the exact same way. In the exact, same, way. His graphs show that all countries experienced seemingly identical coronavirus infection patterns, with the number of infected peaking in the sixth week and rapidly subsiding by the eighth week.

The Wuhan Virus follows its own pattern, he told Mako, an Israeli news agency. It is a fixed pattern that is not dependent on freedom or quarantine. “There is a decline in the number of infections even [in countries] without closures, and it is similar to the countries with closures,” he wrote in his paper.

“Is the coronavirus expansion exponential? The answer by the numbers is simple: no. Expansion begins exponentially but fades quickly after about eight weeks,” Professor Yitzhak Ben Israel concluded. The reason why coronavirus follows a fixed pattern is yet unknown. "I have no explanation,” he told Mako, “There are is kinds of speculation: maybe it's climate-related, maybe the virus has its own life cycle.”

But what about Italy and their staggering 12% mortality rate? “The health system in Italy has its own problems. It has nothing to do with coronavirus. In 2017 it also collapsed because of the flu,” Professor Yitzhak Ben Israel told the news agency. Indeed, Italy’s exceptionally high coronavirus mortality rate is eerily reminiscent of their unusually high flu mortality rates. Supportive of this theory, Germany, has low flu infection and mortality rates and similarly low coronavirus rates.

Professor Yitzhak Ben Israel concludes in his analysis summary paper that the data from the past 50 days indicates that the closure policies of the quarantine countries can be replaced by more moderate social distancing policies. The numbers simply do not support quarantine or economic closure.

On the reasonableness of Israel’s unprecedented quarantine and closure, he commented to the news agency, “I think it's mass hysteria. I have no other way to describe it. 4,500 people die each year from the flu in Israel because of complications, so close the country because of that? No. I don't see a reason to do it because of a lower-risk epidemic.”

While the American policies remain less restrictive than those of Israel, it is important to understand the origins of our own “mass hysteria” response. President Trump urged a strong coronavirus response after consulting with Dr. Fauci and his team, who relied on a British model predicting 2.2 million deaths in the United States and 500,000 deaths in the U.K. But that model was developed by Professor Neil Ferguson, who had a history of wildly overestimating death rates through his prediction models. Professor Ferguson was not known for his reliability, and his 2001 disease model was criticized as “not fit for purpose” after it predicted that up to 150,000 people could die in the U.K. from mad cow disease (177 deaths to date). Ferguson’s U.K. coronavirus deaths prediction is now down to 20,000 people, 4% of the original prediction.

Professor Yitzhak Ben Israel has mathematically shown us that coronavirus closures were a mistake. It's a tough reality. Americans lost their jobs and businesses went under because the United States, along with most first world nations, acted on the chilling predictions of a severely flawed model, a reading of Professor Ferguson’s tarot cards. Hindsight is 20/20, so we have to be realistic with our criticism. President Trump did not want 2.2 million Americans to die and did what he thought was necessary to save our lives, relying on a model his advisors told him was trustworthy. It's done. It happened. But it doesn't mean that he should continue the course.

It’s been one month since our country declared a national coronavirus emergency and life as we knew it had ceased. Americans have been growing agitated, unwilling to continue in this way, knowing something is wrong. Trump has sensed that his constituency is displeased with the authoritarian power grab by our Governors and has repeatedly stated that he wishes to reopen the country, but that he needs more information to make the right decision. Professor Yitzhak Ben Israel’s data analysis provides Trump with the assurance that he needs to reopen America.

Mr. President, please review Professor Yitzhak Ben Israel’s research and take bold steps to mitigate the damage to our economy. Now that we see the actual data, continuing the closure course is a greater error, a knowing error, one that can no longer be justified by good intentions.