Leave No Man Behind: Go Back For Officer Holtzclaw

Marina Medvin
|
Posted: Dec 17, 2018 12:01 AM
Share   Tweet
The opinions expressed by columnists are their own and do not necessarily represent the views of Townhall.com. 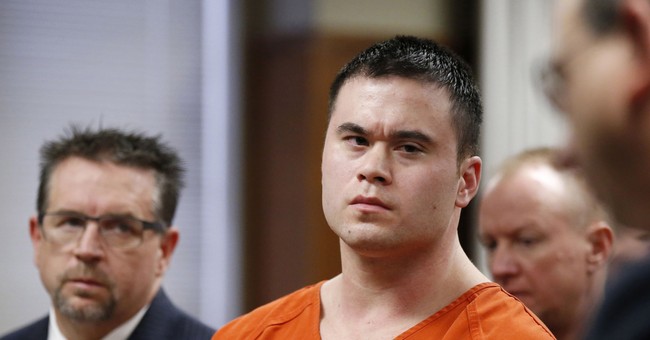 Americans are an excitable bunch. We get excited about MAGA hats, plastic straws, Twitter bans, ozone holes, Hillary’s emails, and other simplistic, emotionally-charged topics. But we drag our feet connecting to more profound, yet emotionally-draining issues. And for a good reason. Why discuss that which makes us feel dejected when we can stick to topics that enliven us? But these emotionally-ignored topics have human beings attached to them. And those human beings live through the consequences of us leaving them behind.

Do you recall the U.S. military saying “leave no man behind”? Well, we left Officer Daniel Holtzclaw behind, to die in the field. We need to go back for him.

Officer Holtzclaw was an Oklahoma cop left behind to rot in prison for life, for crimes he did not commit. He was accused by an early version of a #MeToo mob, of various sexual acts, none of which were true. The movement against Holtzclaw was lead by a feminist-style detective who explained that the fit young man “looked” the part of a sexual predator, so she went out to find victims. Lo and behold, she did! The jury didn’t need facts because they had feelings, so Holtzclaw was found guilty and sentenced for more time than people who commit: serial murder, singular murder, terrorism, child rape, human trafficking, etc. He was burned alive in effigy. At age 29, he was put away for life, for 263 birthdays, to be exact. (Overkill, just in case science catches up to death.)

So where are the emotional Americans crying for a fair trial and his release? Maybe we’re too busy debating the appropriateness of Donald Trump’s word choice or his campaign finance reporting to concern ourselves with things like innocent police officers left behind to die in prison. Undoubtedly, we need to shape up. And we’re getting there.

Since I first wrote about the leftist politics that imprisoned Officer Holtzclaw, his online petition supporters have more than doubled. More than 27,000 people have signed the petition asking to free this innocent man. But names on a list have no power in our justice system. And Oklahoma politicians have decided to steer clear of the racially-charged mobs screaming “RACIST” at anyone who defends the young man. (The alleged victims were all black. Naturally, racism was assumed by liberal media. To be fair, the press also assumed the all-white jury to be racist against blacks based solely on the color of their light skin.)

Maybe a TV show would have helped elucidate Daniel's innocence. Do not forget - it was not until Netflix created a fascinating TV series that people decided to consider the idea that Steven Avery may not be so guilty after all. Nowadays, he’s all the rage, and his lawyer does Q&A over Twitter.

Officer Holtzclaw’s case for innocence is much stronger than the one we watched play out on Netflix. Clear and convincing video evidence shows the Holtzclaw accusers fabricating testimony. The government’s overzealous intention to convict the young man is starting to unravel. The prosecutor's shameless misinformation to the jury regarding DNA evidence has been a miscarriage of justice. Oklahoma Court of Appeals? Dragging its feet.

But Officer Holtzclaw’s story doesn’t have the pizzazz of planted evidence and he lacks the jazz fingers needed to make a Netflix star. Officer Daniel Holtzclaw, an introvert, is not a media darling and not lucky enough to have his own television series and subsequent public following. Instead, Officer Holtzclaw sits helplessly in a jail cell.

Where should you start? Oklahoma politicians. We need to put pressure on them. We need to show them that we don’t cower at liberal jargon and false calls of racism. We stand with innocent men accused by political mobs, just as we stood by Justice Kavanaugh during the politically-motivated and outlandish sexual assault fabrications.