Marina Medvin
|
Posted: Jul 24, 2018 12:01 AM
Share   Tweet
The opinions expressed by columnists are their own and do not necessarily represent the views of Townhall.com. 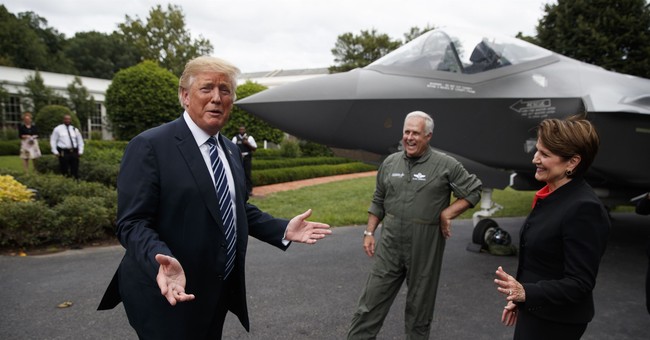 For the past few days, the media has been abuzz with the potential evidence that Donald Trump violated campaign finance laws with a buyout of the rights to a story of an affair he had a decade prior to the election.

But what about Hillary Clinton's potential campaign finance law violations, where are the Big Media stories about that?

For the past seven months, a complaint with the FEC has been pending, alleging a campaign finance law violation by a Hillary Clinton authorized campaign committee. Known as the Hillary Victory Fund, or HVF, the committee collected and then allegedly laundered $84 million worth of questionable contributions. Big spenders at HVF included big names, such as Facebook COO Sheryl Sandberg, filmmaker Steven Spielberg, and designer Calvin Klein.

The HVF scheme is described to have worked like this: HVF would receive large sums of money from individuals under the guise of benefiting the Democratic party as a whole, but instead would quietly distribute the funds almost in entirety to benefit the Clinton campaign. By transferring money back and forth between committees and eventually filtering it to the Clinton campaign, the HVF essentially laundered funds, says Dan Backer, the attorney who filed the complaint and lawsuit. This specific practice was declared illegal in 2014 by the Supreme Court.

But big media has largely ignored this story, and the FEC has not yet ruled on the $84 million HVF complaint. CNN didn't report on the complaint at all. Neither did MSNBC, CBS or ABC. Only Fox News reported this story. Yet all networks have discussed Donald Trump's potential campaign finance law violation in the amount of $130K, which equates to just 0.15% of the value of Clinton's potential campaign finance violations.

Big Media has never been objective when reporting about Clinton and Trump, but this particular dichotomy, having dollar signs attached to it, makes it easier for us to compute the value of each story to the people: $84 million vs. $130 thousand. And, it makes it easier for us to judge Big Media on the unethical choice to sweep the Hillary campaign finance law inquiry under the rug while shouting the comparatively minute Trump possibility from CNN rooftops.

There has been a palpable double standard in the media for Clinton and Trump since 2015. Three years later, and we are still seeing it as strong as ever.