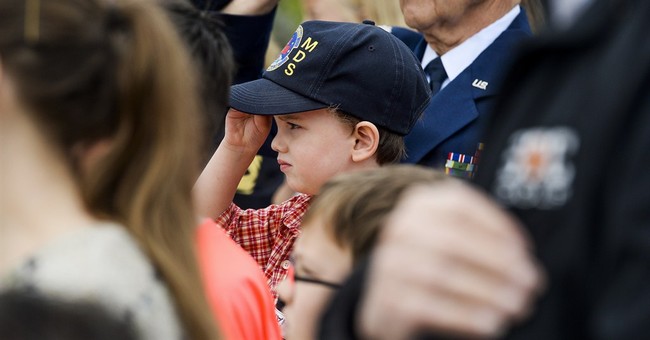 As we gather with family and friends this week to mark the Fourth of July, let us keep in mind the defining value that sets this nation apart – the founding principle that stands as our greatest cause for pride and celebration: that every American deserves an equal opportunity to achieve a happy and fulfilling life.

By outlawing discrimination based on race, religion, gender, or country of origin, the Civil Rights Act gave legal backing to our core value of equal rights so that America could begin to heal its racial fractures and, in the words of Dr. Martin Luther King Jr., “live out the true meaning of its creed.”

The movement that gave rise to this legislation was the work of many men and women in many cities and towns around the country, but Florida is proud to be home to one of the central fronts in the entire Civil Rights Movement: the city of St. Augustine.

The struggle against racial discrimination and segregation in St. Augustine lasted for years and attracted nationwide attention. Even today, many are familiar with the images of the marches down King Street, the chaos in the swimming pool of the Monson Motor Lodge, and peaceful integrationists met with violence on the beaches of Anastasia Island.

Many have credited the images of horror and the stories of courage that came out of St. Augustine with helping to awaken the conscience of a nation and propel the Civil Rights Act toward passage.

As we’ve seen in the papers in recent weeks, many of the Floridians who showed outstanding courage in the St. Augustine Movement are with us to mark this anniversary. To them, we say thank you for having the courage to stand up for what was right, and for setting our people and our nation on the path toward equal opportunity for all, and toward a more complete American Dream.

When President Kennedy spoke on the need for broad civil rights legislation in 1963, he underscored the meaning of the American Dream and called for it to be fully realized. “Not every child has an equal talent or an equal ability or equal motivation,” he said, “but they should have the equal right to develop their talent and their ability and their motivation, to make something of themselves.”

The fight for equal opportunity has come a long way since President Kennedy said those words, but work still remains ahead.

In this century, like the last, we must expand the American Dream to reach more people than ever before, so that every child in America – no matter what color their skin is, who their parents are, or what neighborhood they are born into – will know they have the chance to go as far as their talent and work will take them.

Every generation before us has succeeded in passing a better America on to their children, and today we have the chance to reflect on one of the most notable successes. We honor those in St. Augustine and elsewhere who dared to stand up for their God-given rights, and in doing so helped secure the passage of the Civil Rights Act, and created a better America for all.

Barrasso: Go ahead with SCOTUS confirmaton now, Democrats will blow up Senate anyway
Hotair
A Hollywood Actress Warns of the Coming ‘Ignorance’-Fueled Attack on Christianity
Redstate