Democrats' 'Facts' About Postal Service Must be Lost in the Mail

Marc Lotter
|
Posted: Aug 18, 2020 1:00 PM
Share   Tweet
The opinions expressed by columnists are their own and do not necessarily represent the views of Townhall.com. 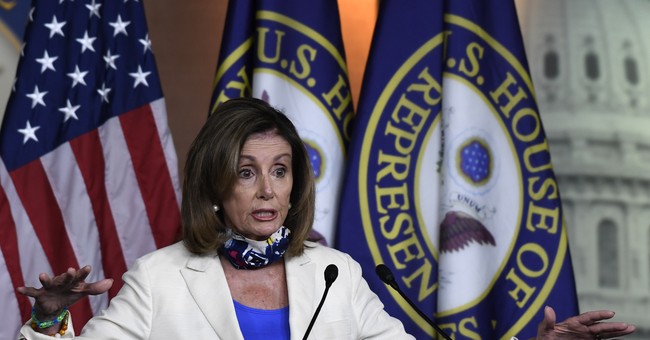 If it is a day of the week that ends in a “y,” you can count on the Democrats to feign outrage about something. The radical left’s current outrage of the day centers around the U.S. Postal Service, but their so-called “facts” must be lost in the mail.

It is no secret the post office is a mess.  It has been a mess for many years but now Democrats are aghast because Donald Trump wants to fix it. Liberals and their allies conveniently forget to inform the American people the postal service has lost $78 billion since 2007.  They ignore the fact that when most people mail a birthday card to a distant friend or loved one, they mail it weeks in advance lest it arrive belatedly.  A friend recently asked if you won a million-dollar lottery would you mail the winning ticket to the lottery office or deliver it yourself?  Any American with common sense would deliver it themselves.

Liberal democrats and media, of course, refuse to let facts nor common sense nor “snow nor rain nor heat nor gloom of night” to deter them in their drive to politically damage President Trump. In fact, Nancy Pelosi is counting on it. She is literally lying to senior citizens by claiming that President Trump is threatening their Social Security checks with changes at the post office. She forgets the law that went into effect seven years ago that requires social security payments to be delivered electronically and the fact that nearly every Social Security recipient receives their payment electronically – not via the mail.

Worse yet! When the facts fail Democrats, they just make up crazy conspiracy theories. Joe Biden told a crowd that President Trump’s administration is going around “literally with tractor trailers picking up mailboxes.” However, he forgets the Postal Service removed 14,000 mailboxes during Obama’s tenure. Of course, it was not a scandal or a conspiracy theory when Democrats did it.

The radical left and the media also fail to mention the Postal Service does not currently face a crisis. It has a record amount of cash in the bank right now. It also can access a $10 billion loan that it has not tapped. Current forecasts estimate the post office has enough cash to continue operating normally through next year.

There is no question the U.S. Postal Service needs changes and improvements. Even the non-partisan Government Accounting Office described the post office’s business model as “not financially sustainable,” which should not surprise anyone given the rise of email, paperless statements, and electronic bill payments.

Democrat desperation has reached such levels they are fabricating wild conspiracy theories that misrepresents the guidance the Postal Service sent to the states to help make sure people mail their ballots in time to be counted.

The problems with Democrat mail-in balloting schemes are not the fault of the post office. The blame for this mess squarely sits on the shoulders of Joe Biden and his radical allies who created this mess. President Trump is working to ensure a safe and fair election. An election that is free from the massive problems that occurred in New York where 20% of ballots were not counted and Nevada where 17% of live ballots were returned as undeliverable. If your Social Security check is not in the mail neither should most of our election ballots.