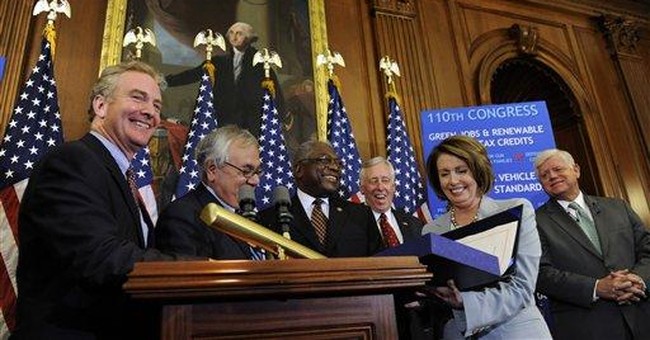 Approximately half of the US population doesn't like these essential rules. These people call themselves liberals. They support the modern permissive culture, the culture of self-indulgent rule breaking.

The other half of the US population knows that human beings have to follow certain rules to have good lives.  These people call themselves conservatives and libertarians. They defend a traditional culture of restraint. These people know the following facts of life:

Since all of this is quite obvious (with a little reflection), the question arises as to why so many of us don't follow the rules that make our lives better.  Surely, we know the risks: history tells us that any society that fails to follow the rules suffers mightily, and eventually collapses.

One answer to the question of why we don't follow the rules arises from the fact that human beings are driven by primitive appetites. We are driven by sexual and aggressive impulses, by attachment and dependent impulses, by acquisitive and narcissistic impulses.

These impulses are part of our biology.  Their wired-in demands are extremely powerful.  When they are not properly restrained by good enough child-rearing and strong enough cultural constraints, they push us to break whatever rules we encounter.  In particular, our primitive impulses tell us to break the rules that govern economic, social, and political processes.  When we do that, we suffer financial disasters, political and social conflict, broken marriages and families, ill health and premature death.

In fact, we now have an American culture dedicated to rule breaking.   The second half of the 20th century witnessed the rise of the modern liberal agenda’s permissive culture: easy sex, easy drugs, easy credit, easy debt, easy violence, easy lies. It is a movement committed in the name of illusory freedom to the satisfaction of human appetites -- at the expense of authentic freedom grounded in self-discipline.  It is a movement drunk on unaffordable self-indulgence.

Our current economic, social, and political crises are the consequences of rule breaking; they are the wages of secular sins.  In its monumental lack of restraint, its colossal sense of entitlement, its stunning mendacity, its callous indifference to destructive policies, its assault on the foundations of freedom, modern liberalism is a rule breaking juggernaut of global proportions.  In all corners of the planet, the indulgence of unrestrained impulses is destroying the ethical and moral discipline essential to ordered liberty.

Friedrich Hayek described many years ago the modern liberal’s fatal economic conceit:  the delusion that central economic planning works.  In fact, it does not and cannot work, because it violates the laws of economics and ignores human nature.  But modern liberalism is now enthralled with an even grander fatal conceit:  the belief that whole societies can break not only the rules that govern economic processes but also the rules that govern social, political, marital and personal processes.

The modern epidemic of global rule breaking is a form of societal insanity.  Our contemporary cultural decay in every major sector of adult life is Exhibit A. The epidemic will not be broken until we stop breaking the rules.