The Obama Administration Almost Pulled Off a Soviet-style Election Coup

Lt. Col. Tony Shaffer
|
Posted: May 18, 2020 1:17 PM
Share   Tweet
The opinions expressed by columnists are their own and do not necessarily represent the views of Townhall.com. 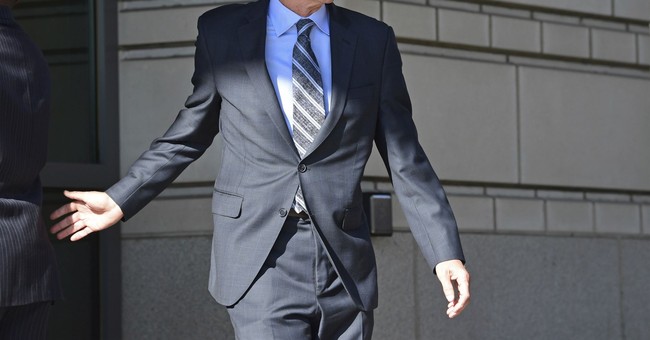 Even the most conniving leaders of the old Soviet Union would have been impressed with the brazenness of the Obama administration’s disinformation campaign to cover up its botched attempt to hijack America’s last presidential election. Joseph Stalin would be proud of the complete and comprehensive use (and abuse) of intelligence and law enforcement tools to spy and undermine political enemies…this has become Obama’s most redeeming legacy.

Thanks to recent bombshell revelations, we now know that the Federal Bureau of Investigation grossly abused its power for political purposes during and after the 2016 election, illegally spying on American citizens who were part of the Trump campaign. More importantly, authorities had no legal justification to “unmask” the identity of the former National Security Adviser Michael Flynn — an honorable statesman whom the FBI entrapped based on a run-of-the-mill discussion he had with Russian Ambassador Sergey Kislyak.

"They did not have a basis for a counterintelligence investigation against Flynn at that stage, based on a perfectly legitimate and appropriate call he made as a member of the transition," Attorney General William Barr said in a recent interview.

After unmasking Flynn’s identity, the Obama administration went after the former general, pressuring him to lie to the FBI and turn against the president. Luckily, the Justice Department has now decided to drop all criminal charges against Flynn in light of these disturbing revelations.

“I want to make sure that we restore confidence in the system. There's only one standard of justice,” Barr explained, adding that “justice, in this case, requires dismissing the charges against General Flynn.”

Sadly, the damage to our democracy is extensive, so Barr will have his work cut out for him. For years, the American people were told — by mainstream media outlets, Democrat politicians, and even former Obama administration officials — that President Trump and his associates had colluded with the Russian government. For years, voters were told that the White House was hiding the truth and that Donald Trump would eventually be impeached for his conduct. Just like the Soviet show trials of Leon Trotskiy, the Democrats staged partisan hearings in Congress that already had a predetermined verdict, then expected people to consider them the final word.

But not a single investigation found any evidence of collusion with Moscow whatsoever — including the one conducted by the man in Washington whom liberals revered above all others, former Special Counsel Robert Mueller.

Of course, President Trump knew that the real scandal was very different — and much worse — than the narrative being spun by the biased mainstream media.

“The big story is the ‘unmasking and surveillance’ of people that took place during the Obama Administration,” the president tweeted nearly three years ago. Several months before that, he had also condemned Obama for spying on his campaign during the 2016 election, comparing the illegal surveillance to Watergate. “How low has President Obama gone to tapp my phones during the very sacred election process,” he said. “This is Nixon/Watergate. Bad (or sick) guy!”

At the time, The New York Times did everything it could to discredit the newly-inaugurated president’s remarks, scoffing that there was “no evidence” to substantiate his allegations.

Now, the American people have all the evidence we need to see that Donald Trump was right all along — the Obama administration abused its power to launch hostile investigations against its foremost political opponent, then invented a fantastical conspiracy theory to distract the public from the truth.

And it worked— at least for a while.

Now that the web of deceit is finally beginning to unravel, Attorney General Barr’s primary duty must be to turn over every stone until he uncovers the whole sordid truth. Everyone responsible must be exposed to the public and face justice for any and all crimes they may have committed. If President Obama had personal knowledge of the wrongdoing, he should be held accountable; if not, Barr’s investigation should be thorough enough to preclude any serious insinuations of presidential immunity.

We can’t let the Democrats get away with their Soviet-style campaign to undermine the results of the 2016 election. We must repair the damage to our Constitution and hold those who trampled it accountable for their actions at the ballot box this November. This Soviet level wrongdoing by the Obama White House must be acknowledged, officials held accountable, and the terrible danger of misuse of intelligence tools and techniques removed from the potential abuse by either political party.

Lt. Col. Tony Shaffer is a retired senior intelligence operations officer and President of the London Center for Policy Research.