You Can Make This Stuff Up but Journalists Do

Loyd Pettegrew
|
Posted: Sep 12, 2020 12:01 AM
Share   Tweet
The opinions expressed by columnists are their own and do not necessarily represent the views of Townhall.com. 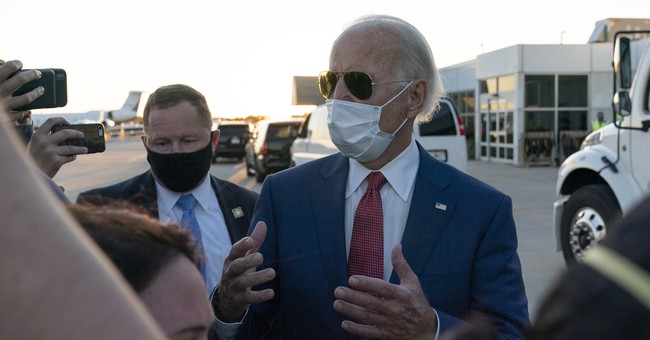 Editor's note: This column was co-authored by Jim McCoy.

In Shakespeare's narrative poem, The Rape of Lucrece, Roman leader Tarquin is unable to control his lust for Lucrece, the wife of his best friend. Tarquin wrestles with his principles momentarily before surrendering to his passions and forcibly raping Lucrece. Among the poem’s many themes is Tarquin’s violence and harm, a man led by his own selfish desires who cannot discern between right and wrong. Since Trump took office, we have witnessed Democrats and liberal journalists so overwhelmed by their own lust for power and control they cannot discern between right and wrong. They are willing to fabricate any story, distort any truth, sacrifice any principle without conscience to conqueror Trump. We see this behavior exhibited in a contrived magazine story published in The Atlantic on September 3.

The 2020 presidential election continues to elicit so much hateful rhetoric from Democrats that the phrase, “You can’t make this stuff up” is constantly front of mind and on the tip of conservative tongues.  Jeffrey Goldberg, The Atlantic’s editor-in-chief, is an exemplar. Since Goldberg sucker punched the president about allegedly saying, “Why should I go to that cemetery [Aisne-Marne American Cemetery near Paris]? It’s filled with losers.” Goldberg makes this unequivocal revelation without providing sources.

Fortunately, a few of Goldberg’s journalistic colleagues looked askance at Goldberg’s “unnamed sources.” New Yorker staff writer Susan Glasser asked about the hit-job, “Seriously, where the hell were these sources when it happened? Did I miss the part where any of those who heard the President attack war heroes quit in protest, or went on the record to tell us about this now?" Secretary of State Mike Pompeo said that he had been by the President’s side during the alleged incident and never heard anything like that. “He’s always had the deepest respect for veterans, I’m a veteran too, I care deeply about these young men and women and I’ve watched the President honor them in every situation I’ve been with him in.” He confirmed that the decision-making process was weather-related. Even the unfriendly John Bolton said he never heard President Trump make any of the alleged comments. Sarah Huckabee Sanders, also accompanying Trump on the trip, said the remarks were never made.

A number of reasons make the Atlantic story putrid.

First, the fact that Goldberg based the story on information provided by anonymous sources is suspect. Anyone can make any allegation against another individual, especially if the accusing individual is void of a conscience and hoping to inflict as much damage as possible upon his intended target. It is tabloid journalism. Perhaps Goldberg was motivated by more than his political animus, receiving palpable pressure from his boss, billionaire philanthropist Laurene Powell Jobs (and widow of former Apple CEO Steve Jobs), who has a 70 percent ownership stake in The Atlantic through her firm, the Emerson Collective and communicates with him regularly. Federal Election Commission records also show Powell has donated over $1.2 million to Joe Biden and other Democratic candidates and groups since 2019.

A second problem with the Atlantic story is the information presented by the anonymous sources was over two years old—ancient by journalism standards. It would seem this story had a calculated purpose of timing with the election calendar. If the story had real meaning, why not go public with the information when it allegedly took place? With so many credible individuals who were actually present at the event and discrediting the anonymously sourced statements, the story’s allegations are inconceivable.

Third, the real story should be Joe Biden’s propitious response early the next morning. His response was uncharacteristically coherent, almost polished. One could easily surmise Joe had access to the story well before it appeared in the magazine and had uncharacteristically given his response considerable rehearsal. After saying, “if the story is true,” he then labored on decimating any relationship or standing President Trump had with the military. His attack even used staged, dramatic pauses. The orchestrated questions from the fawning press also gave every indication of orchestration.

Collectively, these three concerns suggest a nefarious and carefully calculated scheme by the Democrat election machine and MSM, timed to strategically discredit the president, much like the Russian collusion story. The hope was for the story to gain national traction and hurt Trump.

During the obsequious press conference when Biden followed Trump’s visit to Kenosha, The Atlantic’s Edward-Isaac Dovere repeated Goldberg’s unnamed-source attack on the president with a leading question, ”But when you hear these remarks [from Trump] -- suckers, losers, recoiling from amputees --what does it tell you about the president's soul and the life he leads?"

Another progressive journalist followed up with, “Aren’t there a lot of people out there who are supporting you or inclined to not vote for the president, who would say, ‘Why isn’t Joe Biden angrier about all of this?’”

For Biden, everything was decorous; the press didn’t talk at and over him as they did the president and said “thank you” to him on five separate occasions.

Gainor argues that the press has always driven the narrative to benefit liberal politics. One reporter gently asked Biden, “Why is now the right time for you to go to Kenosha and what do you hope to accomplish tomorrow?” Another MSM softball came, “Is there anything, you've said you'll participate [in the debates], is there anything that could dissuade you from participating, and how have you begun to prepare?”

Gainor reports that the love-fest ended with a reporter giving Biden a chance to tout his fundraising success. “You raised $364.5 million, your campaign and the DNC last month, record for a monthly haul, apparently. How are you going to spend it?” To which Biden jokingly asked the reporter to dinner.

We suggest a slightly edited version of Waylon Jennings’ song: “Mamma, don’t let your babies grow up to be journalists.” Most can’t be trusted; everything’s politics.