Feminists and the Sexist Witch Hunt in Tech 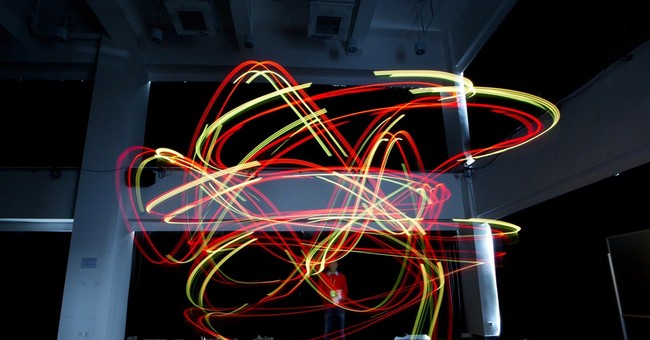 Normally I try not to get personal when it comes to columns, but occasionally an issue gets too close to home. In the case of the rampant cries of sexism in the tech industry, it literally got to the point of taking up residence.

Before writing anything on conservative politics, I was a code junkie – way back in the 80s. As far as my work is concerned, I've never completely left the tech world, since I still manage a short pile of websites, and an internet radio station. But, the work I did previously involved writing and editing documentation for software. While I didn't pursue a career in programming, I've been involved with the tech industry for many years. In the 90s, it was not a big deal that I was a woman. The real problem was the fact that I'm an American. Foreign firms that I worked with had a bigger problem with my nation of origin than with my gender, for both political and financial reasons. It wasn't always easy for them to manage forwarding paychecks to me, for one.

When the recent spate of whining started from feminist circles over the terrible state of sexism in tech, my initial response was essentially one big yawn. The Social Justice Warriors (SJW's) impress me about as much as the protesters outside a McDonald's demanding we double their paychecks to still get our orders wrong. Throw in the quagmire known as #GamerGate, and and it's become a toxic mixture of demands born from a sense of entitlement, and disingenuous claims of victimhood. First, the issue that continually gets lost is that the #GamerGate was started over video game fans being annoyed about game developers being “too cozy” with the media that covered their work. It snowballed when those fans were being silenced even in the nether-regions of the web where they had previously enjoyed complete freedom of expression. Note that this wasn't about misogyny in game materials or the video game industry. It all started with a rumor about a game developer sleeping with a reviewer.

Now, it has spread like a virus, and thanks to the SJW's, is creeping into practically every nook and cranny of the tech industry. But the fact remains that their contentions about sexism in tech do not hold water. Like any other industry out there, women may end up coming across cretins that mistreat them, but there isn't a concerted effort or conspiracy out there preventing women from entering the tech industry. On the contrary, tech giants are bending over backwards to entice women to work for them, and there are organizations doing all they can to encourage more women to enter tech fields.

The SJW's are quick to suggest that women aren't entering tech careers in droves because of systemic sexism in the industry. Women avoiding tech careers couldn't possibly have to do with women looking for companies that are willing to give them flexibility to balance life and work, as Fast Company suggests. Of course, there's a company out there that is attempting to resolve that issue for women. Power to Fly is a source for tech jobs for women, focused mostly on matching women with jobs that allow them to work from home or wherever they choose. As actor Adam Baldwin put it, “ 'Sexism in tech' is a false premise. The data simply do not support critical gender theorists' accusations. See @CHSommers videos”

If there is any problem with getting women into tech, it isn't sexism. The problem lies in lack of interest in general. Women know what they want when it comes to their career lives. Science and technology don't top the list, for now. Perhaps there is still a little bit of the “girls can't do that” attitude in the school yards out there, but organizations like the Girl Scouts have been very successful in encouraging young girls to try their hand at science and tech activities. The big problem with the SJW's and the #GamerGate women is really quite simple. They are crying out for special treatment for women, which inevitably implies that women simply can't do this on their own. The irony is that they are becoming the antithesis of feminism. People that truly view women as equal do not run around crying that women need special treatment.

The worst part is that since they're so busy engaging in this sexism witch hunt, they aren't doing anything to actually resolve the real problem – lack of women that are actually interested in getting into tech careers. If anything, they might be scaring off potential candidates for the industry. Honestly, what woman in her right mind would want to enter the minefield these SJW's are creating? Seriously, if they honestly wanted to fight for women in the tech industry, their time would be better spent encouraging girls to embrace the “geek”, getting companies in the tech industry to re-evaluate the way they do business so that more women would consider working for them, and if they happened to be entrepreneurial themselves, starting more companies like Power to Fly. Regardless, they need to stop insulting the intelligence of women in general. Women don't need to be considered a special group in need of protecting. Women need to be taught to fight and work for what they want.