We Need to Believe Election Results

Linda Chavez  |  Nov 16, 2018
The opinions expressed by columnists are their own and do not necessarily represent the views of Townhall.com.
Top Columns
Trending on Townhall Media 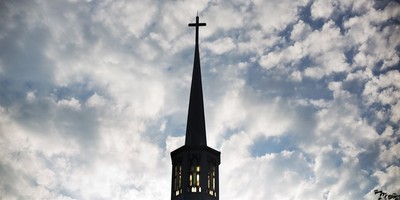 Democracy is a fragile thing. Ours has lasted nearly 250 years, but there is no guarantee that it will last forever. One thing is certain, however. If the people's trust is undermined, democracy cannot survive.

President Donald Trump has done much to sow seeds of doubt among his followers. The most recent example was his claim that people who are ineligible to vote routinely do so: "People get in line that have absolutely no right to vote, and they go around in circles. Sometimes they go to their car, put on a different hat, put on a different shirt, come in and vote again. Nobody takes anything. It's really a disgrace what's going on." It is the same point he has made many times, even creating a commission to investigate the millions of votes he claimed were cast by noncitizens in the 2016 election. The commission dissolved when it could find no evidence that such massive election fraud had occurred. Indeed, there have been only a handful of cases brought throughout the country against people for voting while ineligible. But the effect of the president's words and actions is to make many of his supporters distrust the outcome of elections.

Russian interference in the 2016 presidential election may have helped Trump, but its larger aim was to weaken democracy. The president has never understood this. In fact, he has largely refused to accept the unanimous conclusion of his own appointees and intelligence agencies that Russia interfered in the election at all, believing instead that claims of interference were meant to undermine his legitimacy. Russia remains a problem, as does China, but the real threat to democracy is homegrown.

We need to figure out a way to restore trust. It doesn't help that outdated machines and incompetent leadership in some jurisdictions mean that even 10 days after an election, we don't have accurate tallies of the vote. At a time when we are more closely divided than ever, razor-thin margins separate winners from losers and make supporters in each camp doubt the other.

In a nation that leads the world in creating new technologies, why haven't we been able to come up with a voting system that works better? Part of the answer is that individual political jurisdictions make their own decisions, create their own ballots, set up polling places that can change from year to year, and adopt different rules for who is eligible to vote, when voting will occur and how individuals cast those votes. There are literally hundreds of different ways Americans vote in each election, yet we expect the result to be tallied and reported in an efficient and reliable manner so that each eligible vote counts.

Restoring trust in our electoral system is an urgent problem. It will take leaders who understand the importance of building trust, not undermining it, but it will also mean finding solutions to real problems. We need buy-in from both the left and the right, from Democrats and Republicans. The problem is that as long as one side sees an advantage in claiming that its opponents have rigged the system by counting ineligible votes or suppressing eligible ones, there is little hope. One can only hope that there remain some true patriots among our political class who realize that partisan advantage is not the highest good.

The new Congress could make this a priority. Uniform voting rules in federal elections, updated systems to cast and count votes, bipartisan oversight of elections, and other reforms should be studied and reforms adopted. We don't need more cynicism from the president or anyone else. We need leaders who are committed to fixing what doesn't work and voters who believe their votes count. Democracy requires everyone -- losers, as well as winners -- to believe election results.