The President and the Constitution

Linda Chavez
|
Posted: Nov 02, 2018 12:01 AM
Share   Tweet
The opinions expressed by columnists are their own and do not necessarily represent the views of Townhall.com. 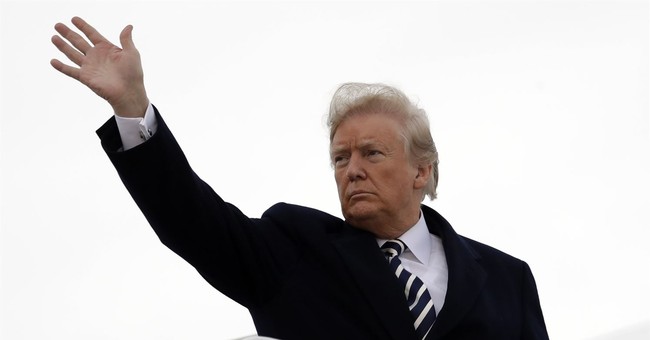 In the days leading up to Tuesday's midterm elections, President Donald Trump has chosen to wheel out the boogeyman that helped him win the presidency: immigration. It is an act of desperation that will only work if it motivates people to vote on the basis of ignorance, fear and hatred. There is no immigration crisis facing America right now; illegal immigration is at a 50-year low, with the population of undocumented immigrants down 1 million from its high and remaining steady. Nonetheless, a caravan of would-be asylum-seekers hundreds of miles away from the border has garnered attention recently. The president hopes to convince his base that we are about to be invaded by criminals, "Middle Easterners," gang members and disease-ridden women and children. In response, he has ordered the Pentagon to dispatch as many as 15,000 active-duty troops to the border, the worst abuse of the military for political purposes in my lifetime.

Not content to make illegal immigration the focus of his scaremongering, Trump has also announced that he will issue an executive order to deny birthright citizenship to millions of Americans. Let's be clear: The president does not have the authority to do this. Birthright citizenship is enshrined in our Constitution. The 14th Amendment reads, "All persons born or naturalized in the United States, and subject to the jurisdiction thereof, are citizens of the United States and of the State wherein they reside." Executive orders cannot overrule the Constitution; it takes an amendment passed by two-thirds of each house of Congress and ratified by three-fourths of state legislatures to change the Constitution. Imagine the uproar if a Democratic president decided to limit the Second Amendment in a similar fashion.

So why does the president think he has this right? "It was always told to me that you needed a constitutional amendment. Guess what. You don't," he told Axios. "You can definitely do it with an act of Congress. But now they're saying I can do it just with an executive order." So, who are "they"? Recently, Michael Anton, formerly the spokesman of the president's National Security Council, argued in a Washington Post op-ed that a simple executive order would suffice to rewrite the 14th Amendment. Anton joins a tiny group of right-wing scholars who have been asserting for years that the language "subject to the jurisdiction thereof" excludes birthright citizenship for the children of immigrants because the parents owe their allegiance to foreign powers.

The issue was debated before the 14th Amendment's 1868 ratification. In 1866, Sen. Jacob Howard, who authored the citizenship clause of the amendment, said, "This amendment which I have offered is simply declaratory of what I regard as the law of the land already, that every person born within the limits of the United States and subject to their jurisdiction is, by virtue of natural law and national law, a citizen of the United States." But opponents of birthright citizenship nonetheless latch on to Howard's response to a question in which he added, "This will not, of course, include persons born in the United States who are foreigners, aliens, who belong to the families of ambassadors or foreign ministers accredited to the government of the United States but will include every other class of persons." To make their argument work, opponents often assert that this is a list of those who are not included. But "who belong to the families of ambassadors or foreign ministers" is clearly a restrictive clause modifying "foreigners" and "aliens," with those two words being synonymous here. In making it a list, opponents are saying that all foreigners should be excluded from birthright citizenship.

A full reading of the debate clarifies that the children of foreigners were indeed entitled to birthright citizenship, including the much-reviled Chinese laborers of the time and so-called Gypsies, whom one opponent of the amendment described as "people who invade (the United States') borders, who owe to her no allegiance, who pretend to owe her none ... who pay no taxes, who never perform military service, who do nothing, in fact, which becomes the citizen."

President Trump would have been right at home on the floor of the Senate in the 1860s alongside such opponents of birthright citizenship. Let's hope the American people rebuke his strategy.