The Shaming of George H.W. Bush Is Obscene

Linda Chavez  |  Oct 27, 2017
The opinions expressed by columnists are their own and do not necessarily represent the views of Townhall.com.
Top Columns
Trending on Townhall Media 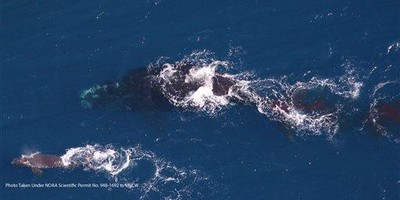 The recent allegations against former President George H.W. Bush for "sexually assaulting" young women who stood next to him during photo shoots are obscene -- but not because of what the president did or did not do. Enough is enough. President Bush is 93 years old. He sits in a wheelchair, and anyone who witnessed his appearance last week when all the living former presidents gathered to help raise funds for hurricane victims can plainly see that he is much diminished, physically and mentally. Unlike former President Ronald Reagan, who publicly announced that he was suffering from Alzheimer's disease, neither Bush nor his family has talked much about his declining mental capacity -- but it is clearly there.

President Bush did not assault young women when his hand, which rests at a lower level because he cannot stand, touched their bottoms and he covered up his awkwardness with a bad joke about his favorite magician, "David Cop-a-Feel," as they allege. His behavior is perfectly consistent with what doctors who treat patients with dementia call sexually disinhibited behavior. The risk of developing Alzheimer's or other forms of dementia increases with age, doubling every five years after age 65. At age 80, 1 in 6 people will have developed the disease. By 85, it goes up to 1 in 3, and by 90, 85 percent of people lucky enough to still be alive are likely to have some dementia, according to the Alzheimer's Society.

Like many elderly men -- and women -- President Bush said and did something inappropriate not out of malice or with the intent to harm but because he now lacks the judgment to behave as he did all his life. And those who are using this incident to score political points or to turn themselves into victims akin to women who have been assaulted by individuals with all their mental faculties intact should show a little mercy.

I saw this behavior firsthand with a relative who had Alzheimer's for at least 10 years before dying of the disease at 93. One of the first signs that something was wrong was inappropriate sexualized talk. At first, the comments were just out of character and inappropriate, but they grew to be very disturbing over time. As far as I know, nothing physical ever happened, but having spoken with those who work with the elderly in nursing homes, it happens every day, and both men and women engage in such behavior. It is one of the most embarrassing things about dementia for those whose family members suddenly start acting in ways they never would have if disease were not eating away at their brains.

According to a scholarly paper on the issue published in Current Treatment Options in Neurology, inappropriate sexual behavior "should be seen as a part of the symptom cluster of behavioral and psychiatric disturbances associated with dementia, which is disruptive and distressing, and impairs the care of the patient." It isn't something for which others should shame someone, much less criminalize. We should recognize when behavior is driven by disease -- in this case a devastating, fatal disease that strips individuals of everything that made them who they were.

It broke my heart to see President Bush onstage with his son and other former presidents. His eyes were vacant. He seemed not to know where he was or even why he was there. When the national anthem played, his hands stayed at his side and his eyes wandered. Does anyone think that President Bush would have sat there so confused if he were in control of his faculties?

The former president's office has issued an apology on his behalf to the women who have come forward, which is absolutely appropriate. And perhaps the family should say more about the former president's condition; President Reagan's candor did a great service for those families who have suffered through the experience of their loved ones' dementia. But to treat this incident as if it were akin to the stories about men who used their power and fame to demean women and solicit or force sex or sexual contact is disgraceful. It not only hurts an honorable man who served his country but also demeans the real victims of sexual assault.