The Swamp Gets Deeper

Linda Chavez
|
Posted: Oct 06, 2017 12:01 AM
Share   Tweet
The opinions expressed by columnists are their own and do not necessarily represent the views of Townhall.com. 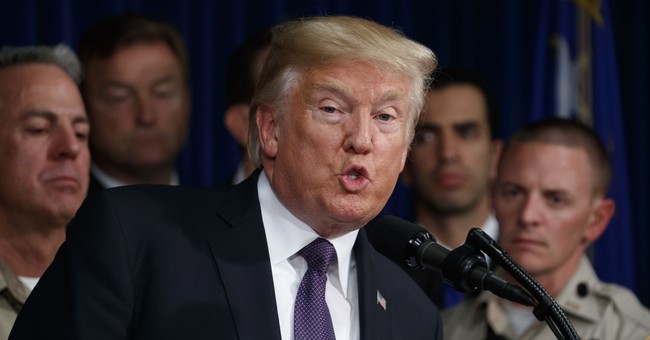 Tom Price resigned his post as secretary of health and human services because the president didn't like the optics of his using taxpayer money to fly in private jets to venues easily accessible by commercial flights -- or even by car. But plenty of others in the administration have exercised similar bad judgment and are still on the job.

Treasury Secretary Steven Mnuchin tried to commandeer a military plane for his honeymoon but was refused. However, he used a government plane to fly to Kentucky during the solar eclipse in August, with his wife in tow, ostensibly to visit Fort Knox. Mnuchin is worth nearly $400 million; if he wants to avoid commercial travel, he can afford to pay for private jets. That's what Secretary of Education Betsy DeVos does. She owns her own plane, which she uses for official travel, and doesn't charge the government a cent. Not so with Secretary of the Interior Ryan Zinke, who is under investigation for chartering a private plane so he could fly from Las Vegas to his hometown in Montana and another one to fly between Caribbean islands to attend a ceremony honoring Denmark, even though commercial flights were available in both cases. And Veterans Affairs Secretary David Shulkin took his wife along for a 10-day trip to Europe that included both government business and several days of sightseeing, with the taxpayers footing the bill for the secretary's wife's travel and per diem. Zinke and Shulkin are relative paupers among Trump's Cabinet; Shulkin is worth about $17 million, and Zinke is worth just under $2 million. Forbes magazine estimates the Cabinet's total net worth at $4.3 billion, the richest in modern history.

Trump's Cabinet members aren't the first in history to abuse their travel schedules, and the president did force Price to resign, though the failure of health care reform may have been the real impetus and the travel just a good excuse. However you look at it, Trump's swamp is deeper than most administrations'. His own conflicts of interest are legion: His Washington hotel is a magnet for foreign governments and lobbyists trying to curry favor; his sons get Secret Service protection while they fly around the world attending to Daddy's empire, at the cost of millions to the taxpayers; his daughter and her husband occupy prime West Wing offices without any experience or expertise to justify their expansive portfolios; and, despite promising to distance himself from managing his financial holdings, he reportedly gets frequent updates from his sons, which would be illegal for any other government official.

Trump's supporters don't seem to care. They still believe he'll "drain the swamp" as he promised. I'm still waiting to learn what a deal breaker would look like to the most die-hard Trumpkins. Maybe there isn't one for the one-third of voters who have been with him from the beginning. They've stuck by through Trump's embarrassing lack of knowledge about policy. Remember the nuclear triad and the Quds Force? Trump had no clue about the former, which Sen. Marco Rubio gently schooled him on during the presidential debate, and now he commands the nuclear-armed submarines, bombers and ballistic missiles, which he could launch without any check on his power. As for the elite Iranian troops, they've killed Americans in Iraq and committed unspeakable crimes against the Syrian people, but has Trump ever learned the difference between the Quds Force and the Kurds, our allies in Iraq?

It might be one thing if his supporters could point to major achievements of this administration, but so far those achievements have been elusive. Yes, he got an excellent Supreme Court justice through confirmation, and his administration has made some important changes in regulatory policy. But there is no major legislation to point to, and he's yet to learn how to use the power of the presidency to get his own party members in Congress to get things done.

Trump supporters may be willing to ignore the administration's ethical failures, but Congress shouldn't. And the broader American electorate will send the GOP a message in 2018 if things don't change.