The Duty of Loyalty

Linda Chavez
|
Posted: Jan 27, 2017 12:01 AM
Share   Tweet
The opinions expressed by columnists are their own and do not necessarily represent the views of Townhall.com. 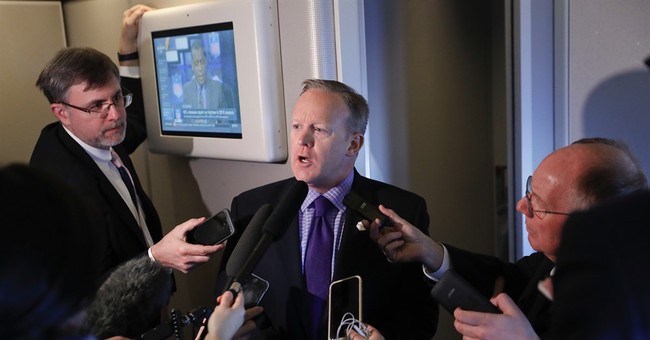 Presidential appointees take an oath "to preserve, protect and defend" not the president who appointed them but rather the Constitution of the United States. It would do well for President Donald Trump's appointees, including those who serve in the highest levels of the White House, to remember that. Their primary duty is not to an individual, no matter how much personal loyalty they may feel they owe him, but to the sovereign laws of the nation. In his first week in office, President Trump has already tested the duty of his highest-level appointees, and some have come up short.

Within the first few days of his administration, the president called on top White House staffers to spread disinformation -- and they complied. From press secretary Sean Spicer's debut briefing the day after the swearing-in, where he asserted that "this was the largest audience to ever witness an inauguration -- period -- both in person and around the globe" to counselor Kellyanne Conway's defense of this untruth as based on "alternative facts," these individuals let down both the American people and, ironically, the president. The issue was a trivial one. Who cares how many people witnessed the president's swearing-in, after all? But misstating verifiable facts and then doubling down when the falsehoods are exposed is dangerous and erodes the trust of the people these officials are meant to serve -- namely, the American people.

What followed this bizarre episode is much more troubling, however. It is one thing to lie about crowd size but quite another to lie about election fraud. Once again, President Trump sent his spokesman out to repeat an untruth, that 3 million to 5 million people illegally voted in the 2016 election. When pushed, Spicer said that maybe the administration would investigate -- and within hours, the president tweeted, "I will be asking for a major investigation into VOTER FRAUD, including those registered to vote in two states, those who are illegal and even, those registered to vote who are dead (and many for a long time)." So, we will now commit who knows how much money to investigating alleged fraudulent voting without a scintilla of evidence to warrant it. What next? Maybe President Trump will reinvestigate whether Barack Obama was born in the United States or launch an inquiry into the "thousands" of Muslims who "celebrated" in Jersey City as the twin towers came down on 9/11.

If Spicer and Conway can't stand up to President Trump's request to repeat untruths, how can we expect others in his administration to respond when he orders them to do something not just dishonest but illegal? We may soon see, as a draft executive order leaked this week shows that the new administration is contemplating reviving so-called black sites overseas, where the CIA might use interrogation techniques not approved in the Army Field Manuals as required under current U.S. law. Though the techniques the president wants to resume were not named specifically in the draft document, he left no doubt in an interview this week with ABC News that he believes "torture works" and that he wants "to fight fire with fire." CIA Director Mike Pompeo and Secretary of Defense James Mattis have both testified they will not reinstate waterboarding, which U.S. law defines as torture, but neither man would be likely to be sitting on the administering end of the water hose. Would lower-level officials refuse to torture if an order came from the White House and not the head of their agency? It takes courage to stand up to power. We've seen little of it so far in this administration.

And what about Congress? The Constitution establishes a separation of powers, the particular genius of our American system. By not vesting power with any one branch of government, the Founding Fathers created a self-regulating bulwark against tyranny. However, although it is a little too early in Trump's administration to know the direction the president intends to go, so far he has wielded his executive pen to order the types of changes that should come from Congress. Instead of saying he'd work with Congress to establish a better border security system, he issued an executive order to build a border wall he still claims Mexico will pay for, which prompted the president of Mexico to cancel a planned U.S. visit, precipitating Trump's first international incident. Trump also issued an executive order that not only changed priorities for deportation of unauthorized immigrants, something within his authority, but also redefined as "criminals" even some immigrants who have never been charged with a crime, which was not.

The new administration has started down a slippery slope. It's not too late to stop the erosion of trust, but it will take individuals willing to say "no" when the president's demands conflict with their duty to the Constitution, which they've sworn to uphold.