A Tale of Two Trumps

Linda Chavez
|
Posted: Jan 06, 2017 12:01 AM
Share   Tweet
The opinions expressed by columnists are their own and do not necessarily represent the views of Townhall.com. 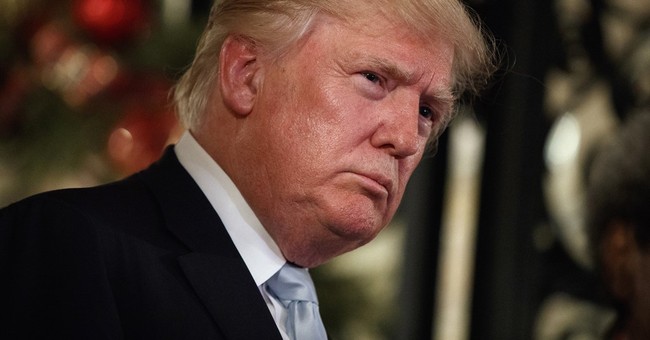 In a matter of a couple of weeks, Donald J. Trump will be sworn in to office as the 45th president of the United States. But which Trump will occupy the Oval Office is an open question. Will it be the man who has assembled, for the most part, a team of well-qualified and impressive individuals to run the government's most important agencies and departments? Or will it be the man who'd rather believe the likes of Vladimir Putin and Julian Assange than the U.S. intelligence community when it comes to Russia's efforts to influence American elections? Will he spend his first days in office laying out concrete plans to boost the economy through comprehensive tax and regulatory reform? Or will he continue to jawbone individual companies he deems insufficiently committed to keeping a relative handful of jobs in the U.S.? Most importantly, will he immerse himself in learning the details of U.S. foreign policy to formulate careful plans to undo some of the damage that has been done in the past eight years? Or will he continue to rely primarily on cable news talking heads as his source of information and Twitter as his command post for signaling policy changes?

Trump will enjoy no honeymoon. The press is hostile. Democrats are furious. And the public is equally divided about whether he will be a good president. He enters office with the lowest approval ratings of any president-elect in modern history. But most worrisome, Trump is almost sure to face an immediate crisis somewhere in the world.

The likeliest scenario is a missile launch from North Korea to test its long-range nuclear delivery capacity. On New Year's Day, Kim Jong Un announced he intends to test a new version of an intercontinental ballistic missile, which, if successful, could put the United States in the bull's-eye of a potential nuclear attack in the not-too-distant future. North Korea engaged in similarly provocative actions shortly after Barack Obama took office in 2009 and shortly after he was sworn in for a second term in 2013, testing nuclear devices just months or weeks after the president's inaugurations. North Korea's fifth nuclear test, which took place in September 2016, is estimated to be its most powerful bomb yet, at 10 to 20 kilotons, and Kim claimed at the time that the country can make a bomb small enough to be used on the warhead of a missile.

Trump delivered his reaction to Kim's threats by tweet: "North Korea just stated that it is in the final stages of developing a nuclear weapon capable of reaching parts of the U.S. It won't happen!" With as unstable a leader as Kim Jong Un, those words could provoke even more dangerous actions. Kim is the most delusional leader in the world, a totalitarian who lives in constant fear of an attack by the "imperialist" United States and believes that North Korea's only defense is to attack first, as it did in 1950, when 75,000 North Korean soldiers crossed the 38th parallel into South Korea, launching the Korean War. Kim reiterated his commitment to a first strike in his Jan. 1 address: "We will continue to build up our self-defense capability, the pivot of which is the nuclear forces, and the capability for pre-emptive strike as long as the United States and its vassal forces keep on nuclear threat and blackmail and as long as they do not stop their war games they stage at our doorstep disguising them as annual events."

Trump must be prepared with more than bombastic tweets if he hopes to keep Kim in check, and he should do so quietly and with expert counsel. The men and women he must now look to for an assessment of the dangers are the very people he has spent the past few weeks denigrating -- the professional intelligence community. Trump needs to keep his eyes and mind open, his mouth shut and his fingers occupied with something other than his Twitter account. But the real test will be whether those he's selected for the jobs of running our defense, foreign policy and intelligence agencies can deliver news Trump doesn't want to hear when it's necessary -- and whether Trump will be willing to listen.