A State of Permanent War

Linda Chavez
|
Posted: Dec 23, 2016 12:01 AM
Share   Tweet
The opinions expressed by columnists are their own and do not necessarily represent the views of Townhall.com. 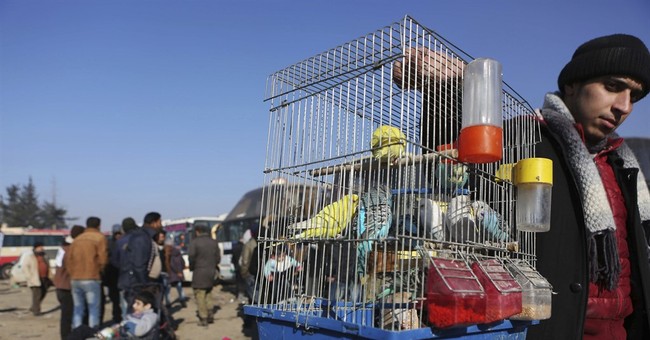 The vicious attack on a Christmas market in Berlin this week reminds us that terrorism has become a fact of life in our world. How do we stop a hate-filled fanatic from ramming a truck into a crowd of holiday shoppers anywhere, anytime? Now that terrorist networks have decided that trucks can be as effective at mass killings as bombs, it will be increasingly difficult to discover and disrupt such attacks. The planning and access to materials required to build, transport and detonate bombs demand a level of sophistication beyond the level of all but the dedicated and connected would-be terrorists. But hijacking a truck and using it as a weapon takes no more skill than that of a common criminal. The wonder is that there have not been more of these attacks on civilian populations in the West.

Increasingly, many people believe that the only way to stop the carnage is to shut our borders to those who might be terrorists. In the wake of the Berlin attack, President-elect Donald Trump said, "You know my plans." But he left open whether he was referring to the wholesale ban on Muslims entering the U.S. he proposed early in his campaign or his revised plan to limit travel from countries with a history of Islamic extremism, which would rule out much of the Arab world, South Asia and even Indonesia and the Philippines. Trump will find implementing such plans difficult, if not impossible. He will be challenged in court, will face serious backlash from the affected countries and could end up playing right into the hands of the terrorist propaganda machine.

Would that it were so easy as building walls and setting up more secure entry systems to stop the terrorist threat in our homeland. Most terrorists who have struck this country have been homegrown, either born in or living in the U.S. much of their lives, and not all of them have been Islamists. Think Timothy McVeigh, who killed 168 people, including 19 children, and injured 684 others by bombing the Alfred P. Murrah Federal Building in Oklahoma City in 1995. Even if we can stop new terrorists from entering the United States, it is nearly impossible to root out every aspiring terrorist already in our midst. That doesn't mean we shouldn't try our best, within constitutional means, but the sad fact is that we will no doubt fail to stop all future attacks.

We live in a time of permanent warfare. Our current wars are not on the same scale as previous wars, but the pain to victims' families is no less for their smaller numbers. The United States lost a half-million lives in the Civil War (at a time when our population was a fraction of today's), over 400,000 during World War II and some 58,000 during Vietnam. We've lost about 2,300 in Afghanistan and nearly 4,500 in Iraq. We have been fortunate throughout our history that most of our battles have been fought on foreign shores, but the war on terror has claimed victims on U.S. soil, as well as abroad. And there is no end in sight for this war.

Our best hope to be victorious in this war is to battle it at its source. We won't defeat the Islamic State group by treating all Muslims as if they are terrorists. Nor should we abandon our constitutional values in hopes of quashing an ideological enemy. But we do have a right to fight the clear and present danger of an Islamic State-led propaganda effort to recruit terrorists from among our residents. We need more and better resources to disrupt Islamic State communication networks. We need continued efforts to dismantle and destroy the terrorist networks in Iraq, Syria and elsewhere. And we need the vigilance of the Muslim community to speak up when a member of the community appears to have succumbed to the attraction of radical Islam.

In the end, we will be victorious in this war because an ideology of hate and subjugation cannot survive forever. But that knowledge is cold comfort to those who will bury their dead this Christmas holiday.