Cabinet Nominees in for Rude Awakening

Linda Chavez
|
Posted: Dec 16, 2016 12:01 AM
Share   Tweet
The opinions expressed by columnists are their own and do not necessarily represent the views of Townhall.com. 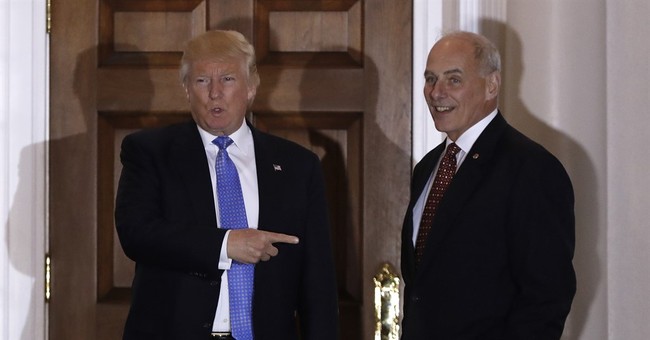 President-elect Donald Trump is filling his Cabinet with lions of industry and finance, not surprising for a businessman, and the left has predictably focused on the various conflicts of interest that might arise for his nominees. But the likelihood is that most will make it through confirmation, perhaps with a few bumps -- and that is where the real challenge lies. The problems won't end even if each of these men (and his business picks are mostly men, an exception being Linda McMahon, who received a sub-Cabinet nomination) is willing to be scrupulous in avoiding conflicts of interest. They still face enormous challenges once they take office because they have never worked in government.

As someone who has spent most of her career outside government but has also headed a small federal agency and had two stints working in the White House, I can tell you that the federal government is a world unto itself. The normal relationships between employer and employees don't exist. As the head of a department or agency, you pick very few of your own employees, and you have little or no authority to get rid of those employees you inherit. Worst of all, you can't reward outstanding service (except with very modest bonuses, which pale in comparison with those in the business world). There is no such thing as pay for performance, which is the rule in business. Nor is it even possible to promote the best hires, except within the constraints of federal civil service rules, and you can't move employees around easily from one job to another.

The word bureaucracy became a synonym for inefficiency and burdensome rules for a reason. Working within the bureaucracy requires a talent and patience that few CEOs, in my experience, possess. I have served on corporate boards for more than 25 years and worked closely with CEOs and others in the executive suite. What I've seen tells me that the businesspeople in the Cabinet are in for a rude awakening.

In the business world, competition is stiff. There's no such thing as lifetime employment for the top jobs. If you do your job well, you can expect to advance, and you can expect to be rewarded handsomely. Employees receive a base salary and, in many cases, bonuses and stock or stock options -- but all are tied to performance. Companies establish compensation programs that look at both individual and company performance. Though various administrations have tried to mimic private-sector practices by setting up performance reviews, the processes bear little in common.

A company sets its budget for the year and then evaluates whether the employee met his or her target. Even those whose jobs don't directly affect revenues or profits, say the general counsel or the head of human resources, usually receive a portion of their bonus based on overall company performance. If the company does well, makes more money and, in public companies, sees its stock price go up, executives receive rewards. In government, Congress appropriates the money to fund departments and agencies, and the Office of Personnel Management sets wages on a set scale that evaluates job titles and responsibilities. There is very limited flexibility within the government system.

One of the biggest difficulties the new Cabinet members will encounter is in picking their own team. Traditionally, the president appoints sub-Cabinet officials, sometimes with little input from the department secretary. And so it goes, down the line, with assistant secretaries unable to choose their direct reports, which is the prerogative of the transition office in the early days and of White House presidential personnel later on. Cabinet officials in the Trump administration may have more latitude than previous agency heads did because the campaign did not have the legions of volunteers and donors expecting political appointments. But even if the new secretaries can pick more of their own people, the total number of political appointments throughout government is tiny -- some 4,000 jobs out of a civilian federal workforce of 1.4 million.

The greatest culture shock for these new Cabinet members who've never worked in government, however, will be how little authority they have to make major changes in their departments. Divisions within agencies often operate as fiefdoms, with their own ties to Congress and appropriations staffers who fund their work. Reorganizing is difficult and painful. Worst of all, firing anyone in the federal government, even for cause, is a tedious process for which few have the stomach. And forget about getting rid of someone without an ironclad show of gross incompetence or malfeasance. Donald Trump's famous "you're fired" won't be heard often after he takes over in January.

So my advice to incoming appointees: If you want to accomplish something, you'll have to rely as much on persuasion as you will on coercion. It's possible to bring about change, but not nearly so much as you're used to. You'll find few allies in government and an even more hostile environment in the power corridors outside, the media and the special interests. Being a Cabinet secretary or agency head may sound like a powerful job, but it's a lot less powerful than those eager to occupy such a position may envision.

Liberal Crashes DC's Anti-Vaccine Mandate Protest. What Happens Next Is Really...Something.
Townhall
Field of Screams: NYT shares the touching story of Boston moms who bonded briefly but loudly over the 'pain and rage' of having to raise their kids
Twitchy
Ninth Circuit Trump Appointed Judge Lampoons His Entire Circuit Over Its Treatment of the Second Amendment
Redstate
Florida Is so Red, Democrats Can't Even Field Candidates in Some 2022 Races
PJ Media