Linda Chavez
|
Posted: Jul 08, 2016 12:01 AM
Share   Tweet
The opinions expressed by columnists are their own and do not necessarily represent the views of Townhall.com. 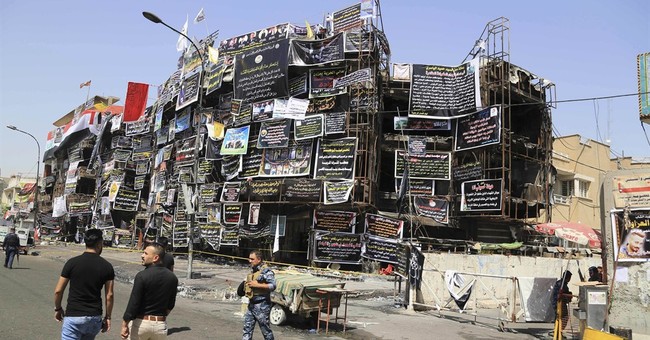 Trending
Islamic terrorism has become the single biggest threat to stability in the world. Attacks killing many hundreds have occurred over the past 18 months in Bangladesh, Turkey, Iraq, Afghanistan, Pakistan, Libya, Egypt, Kenya, Burkina Faso, Cameroon, Nigeria, Saudi Arabia, Belgium, France, the United States and elsewhere. But fighting this threat will require more than drone attacks to take out leaders of groups such as the Islamic State -- or even full-scale assaults to recapture territory claimed by the terrorists, as we did recently in Iraq.

As the terrorist killings in San Bernardino, Orlando and Paris prove, Islamists' poison can reach into the very heart of the West to infect those born and raised in nations that value freedom, promoting attacks on their fellow countrymen and neighbors. What is to be done?

Military action is clearly part of the solution where Islamic terrorists control actual territory from which to launch further attacks, but it is insufficient to root out the threat. President Barack Obama has dangerously refused to acknowledge that a radical, fundamentalist interpretation of Islam drives the terrorists. Indeed, fundamentalist Islam is gaining adherents throughout the world, and autocratic regimes in Iran and the Persian Gulf States already enforce it throughout their populations. If we are to be successful in the fight against Islamic terrorism, we must look to the Muslim world itself for a Reformation.

Unfortunately, there are few bright lights in that firmament. The two major sects of Islam, Sunni and Shiite, have both spawned terrorist movements; and whatever their differences, they share a common enemy in modernism and Western values. And in both, the denigration and subjugation of women plays a fundamental role. But there are glimmers of hope, one of which will be on display in Paris on July 9.

As I have for the past few years, I will be emceeing an event that brings together tens of thousands of opponents of the Iranian regime, in addition to representatives from around the world who oppose Islamic fundamentalism. Addressing the group will be a broad range of dignitaries from various nations, including a bipartisan group of Americans composed of, among others, former governors, Cabinet members, ambassadors and White House officials.

This year's event marks the anniversary of the U.S.-Iran nuclear arms deal, which has strengthened the Iranian regime by infusing much-needed cash into the hands of the ruling mullahs. Iran continues to be a major state sponsor of terrorism, as well as ruthlessly suppressing freedom for its own populace. The chief opposition to the regime is the National Council of Resistance of Iran, whose president-elect, Maryam Rajavi, is an outspoken critic of fundamentalism and the convener of the Paris conference.

"A political, religious and cultural antidote is required to uproot this cancerous tumor permanently," Rajavi said last year in front of the House Foreign Affairs Subcommittee on Terrorism, Nonproliferation and Trade. "In absence of an alternative interpretation of Islam ... extremist ringleaders will portray the war against fundamentalism as a fight against Islam itself. By doing so, they will then create the most important source of nourishment for this ominous phenomenon."

In Paris this weekend, Muslims -- as well as Christians, Jews and others -- will stand up for the belief that freedom of religious practice is fundamental to reform.

"We reject compulsory religion and any form of compulsion in religion," Rajavi has said. She has spoken out against mandatory veiling laws and against the mistreatment of women and denial of their rights in the name of Islam.

Unfortunately, the Obama administration not only does not support the efforts of Rajavi and her group but also has opposed them at every opportunity. But equal rights for women and freedom of conscience for religious practice are the best way to combat radical Islamic fundamentalism. We can continue to fight the Islamic State group, al-Qaida, Boko Haram and other fundamentalist groups on the battlefield and from the air. We can capture or kill their leaders and their foot soldiers. But until we battle the ideology that has spread around the world, we will not succeed. And the most effective way to do that is to work with those, like Rajavi, who have been doing it for decades. If she is not afraid to name the danger for what it is, why should we hesitate to say that Islamic fundamentalism is a threat to us all?