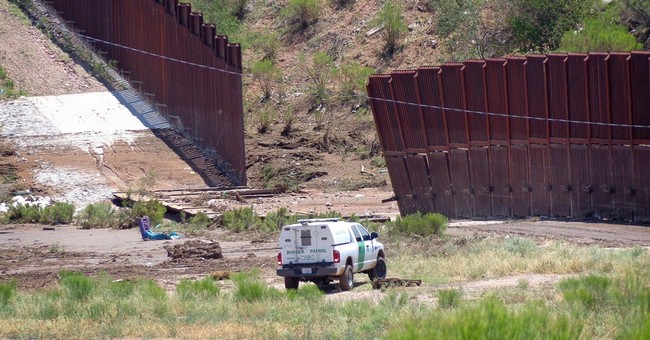 Trending
I know it will come as a shock to most conservatives, but far fewer people are sneaking into the country across our southern border than at any time in recent memory. At the height of the illegal immigration crisis in 2000, 1.6 million illegal immigrants entered the U.S. Since 2012, the numbers are down to about 400,000 -- and they've gone down so far this fiscal year by another 28 percent over last year.

That's good news, but good news doesn't energize the base nearly as effectively as fear. Instead of embracing the facts that illegal immigration is down to a decades-long low -- by one measure lower than it has been in more than 40 years -- many conservatives still fret about an illegal invasion that threatens our very way of life.

Measuring the flow of illegal immigrants is difficult, which is why so many people argue about the numbers incessantly. A few years ago, I'd often encounter people who claimed there were 30 million illegal immigrants in the U.S., when demographers estimated slightly more than 12 million.

So how do demographers come up with their numbers? Most use data from a survey taken by the Census Bureau each March that asks individuals in a very large and statistically controlled sample to identify their country of birth and compare the number born outside the U.S. with the number of permanent resident aliens, authorized temporary workers, asylees and naturalized citizens known to be present. When the latter is subtracted from the former, the residual number of persons are presumed to be illegally present after adjusting upward for an estimated undercount of individuals likely missed in the surveys. The method isn't perfect, but if consistently used, it shows trends over time that provide the best information we have.

But some researchers go even further by doing studies of the populations in other countries, principally Mexico because traditionally it has been the source of the largest number of our illegal immigrants. Those studies show a remarkable decline not just in the number of Mexicans immigrating illegally, but also in the number who desire to come to the U.S.

These numbers are born out by official statistics that show that Chinese replaced Mexicans as the largest group of new foreign-born persons last year. The Mexican-born population in the U.S. has actually declined in the past few years, for the first time since the Great Depression.

So why aren't conservatives applauding? It's clear that the economy has had some deterrent effect on illegal immigration. Immigrants come here to work, and when the job market is lousy, the risk and cost of immigrating makes less sense. Demographic changes in Mexico, in particular, have also led to less illegal immigration. Mexicans are having far fewer children than in the past. In 1960, the average fertility rate for Mexican women was 7.3 children; today it is 2.4, barely above the U.S. rate of 2. Mexicans are better educated today than ever before, making more opportunities available to them in their home country, whose economy grew at a faster pace than the U.S. economy following the recession.

We have more than doubled our number of border agents to more than 18,000 now. We spend more on Immigration and Customs Enforcement, Customs and Border Protection and the Office of Biometric Identity Management -- some $16.2 billion last year -- than we do on all other federal criminal law enforcement combined, including the FBI, Drug Enforcement, Secret Service, Federal Marshal Service, and Alcohol, Tobacco, Firearms and Explosives.

But don't expect to hear these facts from the fear mongers. It's hard to motivate people with good news, and it's far easier to try to scare them into giving or going to the polls.