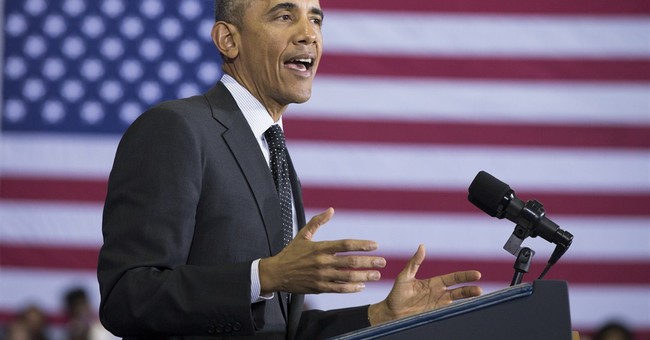 Trending
A Texas judge handed the GOP a gift this week by issuing a temporary restraining order barring the Obama administration from granting temporary status and permission to work to some four million illegal immigrants. But it's unclear whether the party's congressional leaders will be able to convince their members to declare victory and move on to vote for a clean bill funding the Department of Homeland Security, without House-passed immigration amendments. They'd be smart to do so, because the alternative would virtually guarantee that DHS will run out of funding at the end of the month.

If that happens, there is no question which party will bear the blame. Polls show that a majority of Americans (53 percent in a recent CNN survey) would blame Republicans for a DHS shutdown, just as they did in 2013 when squabbles over funding for Obamacare led to a 16-day government-wide shutdown. In that debacle, support for the GOP fell dramatically, with only 32 percent of Americans saying they held a favorable view of the party in a Gallup poll after the shutdown. It took a year before Republicans gained back the support they'd lost, ultimately winning a huge victory in last fall's election.

Judge Andrew Hanen's 123-page memorandum and order isn't the final say on whether the administration's executive action is lawful. The administration already has announced that it will appeal the order in the Fifth Circuit. In the meantime, the order could provide some space for a more levelheaded approach to immigration.

First, it's important to understand what Hanen's opinion says and doesn't say. The opinion deals with only three issues: whether the plaintiffs -- 26 states, including Texas -- had standing to sue; whether DHS has the authority to defer deportation and grant other relief for parents of Americans and lawful permanent residents (the so-called DAPA directive); and whether DAPA was legally adopted.

The judge's opinion deals definitely with only two of these issues. First, Hanen determined that at least one of the states, Texas, had standing to sue because DAPA imposed a financial burden on the state to provide certain benefits -- namely, driver's licenses, which Texas claimed would cost nearly $200 per eligible immigrant.

Second, the judge determined that in promulgating DAPA, DHS did not follow the proper procedural requirements under the Administrative Procedure Act. He reached no conclusion on whether the administration's actions were constitutional. In doing so, he followed the judicial principle that if there is a non-constitutional ground for deciding a case, the court prudently avoids making a judgment on its constitutionality.

The practical effect of the decision is to affirm the status quo. Some 11 million people will continue to live in the shadows -- unless Congress acts.

The administration -- with the court's blessing -- can refrain from removing all but the most dangerous criminals, terrorists and others DHS deems a priority for removal. Hanen explicitly conceded that the DHS secretary "has the legal authority to set (enforcement) priorities, and this court finds nothing unlawful about the secretary's priorities." But unless a higher court overturns the order, the administration can't provide four million illegal immigrants with the right to work legally.

Republicans should use this opportunity to do what they've failed to do for going on a decade. The 11 million people in the U.S. illegally are not going away. No serious elected official argues that the government should round them all up and deport them -- and the American people would overwhelmingly reject the human and economic costs such a plan would entail.

Americans support granting legal status to the very people DAPA intended to help: illegal immigrants who have set down roots here, work, pay taxes and live otherwise law-abiding lives. But they want the problem of what to do about illegal immigrants to be solved through the normal legislative process. Instead of tacking on amendments to appropriations bills, House Republicans should hold hearings on the best way to grant relief to the parents of U.S. citizens and legal residents. And in the meantime, they shouldn't hold DHS funding hostage.