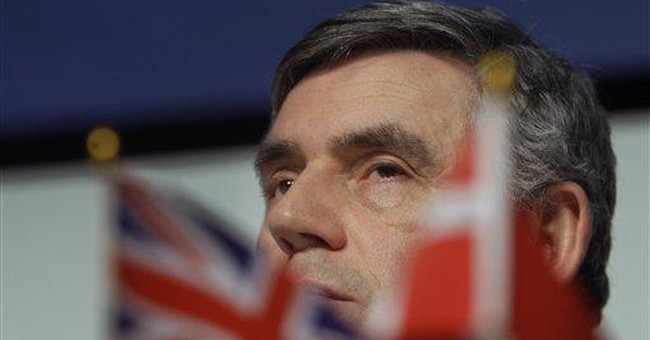 Climate change is one of those issues I know enough about to know how little I really know. And I certainly haven't learned much more during the 193-nation climate talks that concluded in Copenhagen this week. I'm one of those agnostics willing to accept evidence that the earth is warming but not yet convinced that scientists fully understand why. And my skepticism has grown greater in light of the recent climategate scandal involving leaked e-mails that suggested prominent climate-change scientists have manipulated data and tried to stifle dissent in the scientific community.

But while the Copenhagen talks didn't shed much light on the climate issue per se, they certainly revealed much about the motivations of those involved in the debate. It was clear, both in the meetings and among protestors outside, that the most vociferous advocates for imposing limits on greenhouse emissions are motivated only tangentially by concern for the planet. The real target of radical environmentalism is capitalism.

Bolivian President Evo Morales claimed that "Mother Earth ... (is) now the slave of capitalist countries." Fellow socialist and Venezuelan president Hugo Chavez made no bones about his antipathy: "The destructive model of capitalism is eradicating life," he told conference attendees. "We need to consume less and distribute more," he said, summarizing the overall feeling of most of the poorer countries represented in Copenhagen.

While communist flags waved on the streets outside the conference, inside Chavez's lament was echoed by Zimbabwe President Robert Mugabe. "Where is its commitment to redistributive justice, which we see (Western nations) applying on other issues?" demanded the man whose socialist and anti-white policies starved his own nation, once known as the breadbasket of Africa.

You get the impression listening to some of these critics that if they can't make their own countries wealthy, they'd be satisfied by ensuring that every other country is mired in the same poverty and misery as they are. And climate change gives them the perfect vehicle to strike a blow against wealthy countries, especially the U.S.

As the wealthiest nation, the U.S. is expected to come up with the biggest contribution to others. And Secretary of State Hillary Clinton, who was among several luminaries representing the U.S. during the conference, tried not to disappoint, pledging American help to secure $100 billion in annual financing to poorer countries by 2020. How exactly the U.S. will pay for its share of that pot of gold is unclear.

But even if we give away billions to poor countries, there will still be a huge gap between the haves and the have-nots. And if the have-nots can't close the gap by becoming wealthier, maybe the haves will simply agree to become poorer.

The United States could certainly dramatically cut back on greenhouse gases if we gave up cars, televisions, central heating and air conditioning, computers, and household appliances. We could quit eating meat, grow our own veggies, and make our own clothes. But no elected official in his or her right mind is going to suggest those measures, so instead they suggest what they think are more palatable policies by focusing on businesses and imposing new taxes on carbon emissions. But the effect will ultimately be the same: We'll cut our CO2 emissions by reducing our standard of living.

Are we really ready to do that? And should we be, based on what we know at this moment? I'm old enough to remember when radical environmentalists were warning us of a nuclear winter and a coming Ice Age. And they had plenty of prominent scientists with data to prove it. The common thread in all these predictions of catastrophe was the belief that Man was so powerful -- and destructive -- we could change climate for the worse all on our own.

Maybe it's time for a little less hubris -- especially on the part of the scientific community. We don't have all the answers, and we will never find them if we think we already do.