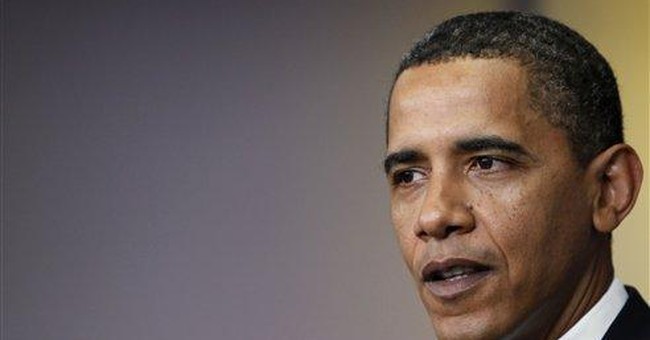 Rick Sanchez, a CNN anchor, provoked a tempest in a Twitter this week when he said he'd be a rich guy if he "sold out as hispanic and worked at fox news." The commentary on the episode mostly centered on whether working at Fox News Channel constituted "selling out," with left-wing bloggers defending Sanchez and conservatives weighing in on Fox's behalf. But the real outrage in Sanchez's statement isn't what he implied about Fox News; it's the whole idea that an individual is capable of "selling out" others who happen to share his race or ethnicity.

First, a bit of disclosure: I've been a Fox News contributor since 2001. I'm usually on to discuss politics or comment on a news item, including recently giving my views on the nomination of Judge Sonia Sotomayor to the U.S. Supreme Court.

While I suppose Sanchez might read the latter as proof that Fox invited me as a "token" Hispanic conservative foil to the liberal Hispanic judge, he'd be reading into it his own biases. In fact, Fox has invited me on to discuss every Supreme Court nominee since I became a regular contributor. I was one of the earliest critics of Harriet Miers (a Bush nominee) and a staunch supporter of Chief Justice John Roberts, with whom I worked in the Reagan White House, and Justice Samuel Alito. I'm there to articulate a political point of view and to share my policy expertise, not to "represent" the views of women or Hispanics on any issue.

Unless you believe that all women -- or blacks, Hispanics, Asians, Jews, you name it -- think alike, it's absurd to assume that any one person can or should represent the views of the diverse members of his or her particular group. Of course, we don't tend to do that with whites or men for that matter.

We'd be rightly offended if, say, Bill Clinton was accused of being a traitor to his race or sex because he supported affirmative action programs that benefited blacks or women. Yet a black, Hispanic, or woman who criticizes those same programs is in for a heap of abuse based on his or her alleged disloyalty. I know; I've been called everything from Tia Tomas to Malinche (the Indian woman who aided Hernando Cortez in overthrowing the Aztec empire) to "coconut" for my alleged ethnic betrayal. One viewer offered the following critique after I testified against Sotomayor: "I want to congratulate you for having the courage to sit in front of all those old white men and reinforce their opinions of Latinos. You managed to place yourself in the very useful position of smearing the accomplishments of a fellow Latina. I wonder how good it feels to be used that way. ..."

We rightly condemn stereotyping when it maligns whole groups of people. We know that it's bigoted to use terms like shiftless or lazy or greedy to describe racial or ethnic groups. And any public figure who does so soon suffers the consequences. Radio shock jock Don Imus lost his job -- at least temporarily -- after calling the Rutgers University women's basketball team "nappy-headed ho's," and scores of others have suffered similar or worse fates. So why is it acceptable to call someone a sell-out because he or she doesn't conform to ethnic stereotypes about political beliefs?

We ought to relegate terms like Uncle Tom, sell-out, and traitor-to-your-race (or sex) to the same category we do racial and sexual epithets. They reflect the same root prejudices. Anytime we assume that we know something fundamental about how a person behaves or thinks based on race, ethnicity, or sex, we're exhibiting our own biases. People aren't good or bad, hard-working or irresponsible, smart or dull, liberal or conservative based on the amount of melanin in their skin or the number of X-chromosomes in their DNA.

The sooner we start judging people as individuals, not as members of groups, the sooner we'll put prejudice and bias of all sorts behind us once and for all. So the next time Rick Sanchez starts casting ethnic aspersions based on politics, let's recognize his prejudice for what it is.