No More Search and Destroy Missions 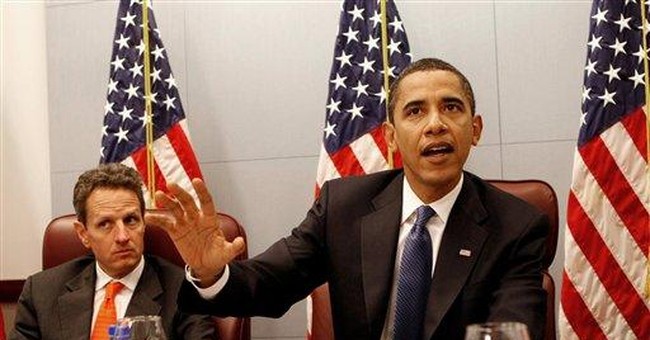 When word broke that Treasury Secretary nominee Timothy Geithner had failed to pay employment taxes he owed for several years, the reaction in Washington was gentle. Politicians on both sides of the aisle defended Geithner as an excellent choice to head the Treasury in these troubled financial times and predicted that the incident would be little more than a hiccup in his confirmation process. The news media covered the breaking story, but without the hype and round-the-clock stories they've run when nominees hit a snag in the past.

Does this mean that Barack Obama's ascendance to the presidency is ushering in a new era of civility? I hope so. Previous presidents' picks haven't been so lucky. I should know. I was the subject of a media feeding frenzy eight years ago when I was nominated to be George W. Bush's secretary of labor.

Within minutes of my introduction by the president-elect, journalists were poring over every word I'd published and every interview I'd given in the previous 20 years.

I decided to step down when it became clear after three days of non-stop coverage that I was becoming a major distraction for the new president. But I also wanted the opportunity to set the record straight: A decade earlier, at the urging of a friend, I had taken into my home an illegal immigrant who had no other place to live, given her financial and other assistance, and later helped her return to her native country. I didn't break any laws, though I did exercise bad judgment in not telling the president-elect's team in the vetting process what had occurred 10 years earlier.

Geithner has also been accused of employing an illegal immigrant. But the facts suggest he, too, is innocent of wrongdoing on that count. He hired the woman when she had a valid visa -- and, presumably, the requisite status to allow her to work in the U.S. -- but her authorization lapsed for a few months before she left his employ. By law, he was only required to check legal status when he hired the woman, so he should be off the hook on this issue.

Geithner's tax issue is more serious. For at least four years between 2001 and 2004, he apparently did not pay FICA and Medicare taxes on his earnings while employed at the International Monetary Fund. A subsequent IRS audit of Geithner's 2003 and 2004 tax returns exposed the tax liability, which he then paid, with interest. But he chose not to pay two additional years' taxes and interest for 2001 and 2002. Only when the Obama vetting team discovered the additional missing taxes did Geithner pay up. In all, Geithner paid more than $43,000 in back taxes and interest on his overdue employment taxes -- a sum greater than the yearly wages of the average American.

Geithner will have a chance to explain his actions when he faces the Senate Finance Committee next week for his confirmation hearings. I think it's worth reserving judgment until we know all the details. It will be interesting to see, in the meantime, how aggressively the media pursue the story. Reporters should do their job to unearth the facts -- they certainly didn't hold back against previous administrations' nominees. But that doesn't mean they should run to the presses with every wild allegation and uncorroborated accusation they uncover, especially when the nominee is muzzled by the informal rules that dictate he can't speak for himself prior to the hearings.

So far, most Republican senators are exercising admirable restraint not to go on the attack. But their desire to forego gotcha politics shouldn't be an excuse not to ask legitimate questions when the nominee is before them. Let Geithner speak for himself. His answers will determine whether he's fit to serve. And we'll all be a lot better off if we allow the confirmation process to work as it's supposed to rather than derailing it in a search and destroy mission.