Killing Democracy in a Liberal Paradise 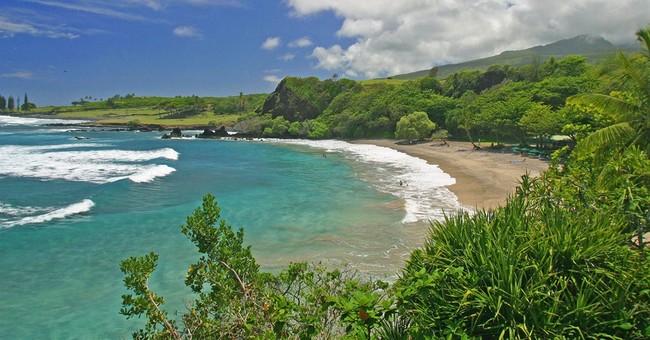 Let’s forget for a moment whether or not same sex marriage is right or wrong. Even all of the conservatives and Christians I know are not of the same mind on it. That is another red-faced, spit flying, scream-fest for another time. Personally, I really am not interested in what anyone, straight or gay does in their personal moments. I am happy leaving them alone, and I expect to be left alone myself.

So can we set aside for the moment the issue of whether same sex marriage is good or bad, moral or immoral, decent or indecent? For the record, I am white, straight and Christian, go ahead and hate me if you must.

Today in Hawaii, the state senate will have a final reading on a same-sex marriage. The measure is SB1. In fact, the governor of the state, Neil Abercrombie has called a special session of the legislature on the matter. Naturally, being a blue state, the legislature is for it, and the media is for it, and they would both have the world believe that everyone in Hawaii is for it. But truth be told, many Hawaiians are not for it at all. In fact, the majority of Hawaiians are not for it. According to Annora Ng, who is leading the fight against the bill, support for Same Sex marriage in Hawaii is anemic, to describe it charitably. The figures from the house minority office from last week show that Hawaiians are very much opposed to the idea. As of last Thursday, 18 percent of the population favored same sex marriage, 82 percent opposed it. By Friday, support had risen to 20 percent, the opposition was at 80 percent. By this past Saturday, only 10 percent supported the move, 90 percent were in opposition. As of Sunday, 9 percent of Hawaiians were on board, 91 percent were opposed. Those numbers alone should have sent a clear message to the elected officials of the Aloha State. But as Miss Ng discovered, one can appeal to the legislature, but whether or not one will get a fair hearing, well, that is another story altogether. To get an idea of what the Hawaiian Senate thought of the people opposed to Same Sex Marriage, you can view how Miss Ng was treated at these You Tube sites:

And that is only the husk of the proverbial coconut. Miss Ng reported to me that senators have been sleeping through testimony, and one senator posted insulting remarks on his Facebook pages (Which was down when I checked.) Ng said that the Senate has been limiting opposition testimony to one minute at times, and in some cases, working class families who paid $200 to fly from the other islands to testify could not even speak, while proponents of same sex marriage and their proxies were given ample time. Those wishing to testify against the bill including many native Hawaiians were barred from speaking at all.

Interestingly enough, Ng reports: “One of the bill’s provisions would waive the domicile requirements for a same-sex couple to obtain a divorce in the State of Hawaii while still requiring at least one person for an opposite-sex marriage. The bill would also have granted Native Hawaiian rights and privileges to a child of a same-sex couple that may not biologically have an ounce of Native Hawaiian blood.”

As to the requests to let Hawaiians vote on the matter, in Ng’s words: “House Speaker Joseph Souki has even resorted to cutting the live feed of Wednesday’s House proceedings in an effort to keep the work in the “People’s House” cloaked under a veil of secrecy.” And a rally of 7,000 people in opposition to the move was reported by the lone statewide newspaper as “hundreds.”

According to Ng’s group known as The Coalition To Let the People Decide on Marriage, support for the bill has come largely from the mainland, and at one point, LGBT supporters took down the American Flag at the State Capitol and raised the rainbow flag in its place. One Christian station which is opposed to the Bill has been labeled an instigator of mob violence. Despite the accusation, there was an eye witness report of a gay activist attacking a pregnant woman and dragging her in his truck. Her husband reportedly had to break the windshield to rescue her.

But don’t fly in support from outside the area. Don’t muzzle the people who have to live under the law, and don’t drag pregnant women from trucks. (That last one is good advice no matter where you are and whatever you are doing.)

What does Democracy look like? It looks like elected officials listening to the constituents who elected them, and not to outsiders. It looks like a media that tells the truth, even if the truth isn’t what said media hoped it would be. Whether you are gay or straight, red or blue, Democracy is vox populi.

We visited Hawaii this winter. We probably won’t be back. Not because we did not enjoy it, it was beautiful, the people were nice and the weather was great. But we won’t be back because the state already seems to be choked with haoles like us. No reason for us to add to the population density. Aside from the fact that I saw huge a chunk of Kauai that belongs to the federal government and not to the native Hawaiian’s whose cultural birthright it represents, I saw three classes of people: 1) Native Hawaiians doing a lot of the work that Americans supposedly won’t do, as we say on the mainland 2) Wanna-be hippies thumbing rides everywhere and 3) Old, white liberals with incredibly tony boutiques full of merchandise priced out of my demographic.

Whether Hawaii is for or against same sex marriage, or liberal or conservative, let Hawaii be Hawaii, and not a place where agendized people simply go to live out their dreams.