If PACs Can Donate Big Money, Why Can't I? 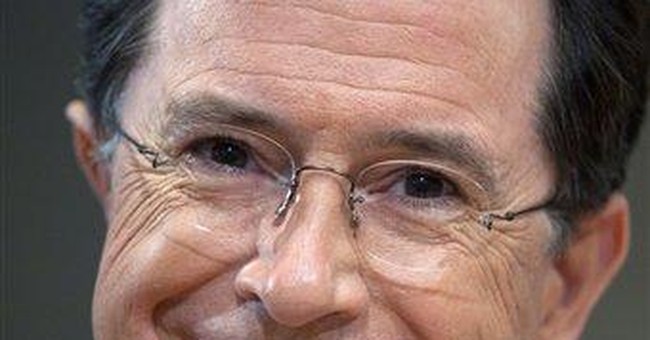 Back my nascent days of talk radio, I had a guest who was brimming with outrage over the powerful sway lobbyists have over the Marble Mafia and 1600 Pennsylvania Avenue. This guest’s gripe was not just with your garden variety lobbyists, but with the icky “K-Street” variety that the MSM, OWS and EIEIO people and by proxy the rest of us are supposed to hate on spec. He dried up in a hurry when I asked him if the same sort of strictures he would place on K-Street lobbyists would be applied to the big union guys who were at the time enjoying a kind of revolving-door access to the West Wing. (I would have hit him up about Solyndra, and the rest of the green energy Edsels of the 21st century, but those had yet to come to light.)

Being for the moment, a card-carrying elephant, I get hit up during the election cycles for donations to one candidate or another. In September and October, my phone rang off the hook with calls from Robo-Romney asking for another $10, $15, $20 or $100. Now I work in radio, and as any radio guy will tell you, we get paid in baseball cards and carwash tokens, so I don’t think I’ll ever be able to throw enough cash around to influence a candidate to do anything, unless I need to him to stop stepping on my foot, or something.

Be that as it may, money makes the world go ‘round, and it gets people elected. Unless you are a certain democrat president, in which case you are also elected by people voting for you four or five times at a clip. But that is another story for another time.

Now in an election, you cast your vote and you takes your chances in the hope that whoever you are electing will take somewhat longer to disappoint you than the previous yahoo did. If you’re from Ohio like me, you just look and John Boehner and wonder if you can alter your birth certificate to show you were born in Texas. But beyond that, you can also in theory, donate to the political candidate of your choice

This is where Alabama businessman Shaun McCutcheon comes in. He has a date later this year with that august group of people in black known as the Supreme Court. Not many individuals find themselves in that position. McCutcheon is a successful businessman, but by no means is he a K Street lobbyist. He is not hoping for political favors in the next Congress to help secure oil and coal leases, or fund his energy storage device for electric vehicles. What he does want to do is to make more contributions to a larger number of political candidates and committees of his choice. However, the Federal Elections Commission’s biennial rule mandates an overall sum limit of $48,600 on combined donations to all candidates and limits combined donations to PACs to just over $74,600. Meanwhile Super PACs themselves face no such limitations.

A person such as you or I can donate up to $2,600 per candidate during an election cycle. Individuals limit out at $32,400 to a national committee and $5,000 a year to individual PAC’s, which again are not hampered by these limits. Since the average cost of a US house race is in the $1,000,000 dollar range, a few thousand dollars is not going to influence a single election.

McCutcheon’s issue is not with the limits per se. Let’s be honest, you would have a hard time finding anyone you know that can come up with $48K for an election. Well, most of us would. Rather, McCutcheon’s complaint is that the biennial contribution rules limit the total number of candidates and committees to whom he may donate. And McCutcheon himself notes that he is not a fan of incumbents. In fact, his political sympathies lie with the very beltway outsiders that most of our politcos constantly claim to be during stump-season. Aggregate limits stifle competition and favor the status quo.

McCutcheon took his complaint to the FEC and was met with the traditional bureaucratic response: “You can’t.” Changing the biennial rule lies with the members of Congress who are understandable uneasy that the electorate might throw its weight behind someone other than an incumbent. Hence McCutcheon’s visit with the Supremes this year.

Not many individuals are going to max out when it comes to the biennial rule. You probably won’t; and I with my handful of carwash tokens certainly never will. We are not talking about moving the tides here. Oddly enough we are talking about getting more challengers onto the playing field. We are talking about people making choices about how to freely spend their money, and the Federal Elections Commission has said McCutcheon does not have that choice. And it is highly unlikely Congress is going to give anyone that choice any time soon. Democrats, Independents and Republicans will all benefit when private individuals can donate directly to more candidates and committees of their free choice guaranteed under the Constitution.

Politics isn’t pretty. It can violent, and underhanded and dirty. Even Honest Abe Lincoln made it on to the GOP ballot through some shrewd political chicanery by his supporters. In light of the fact that we are all still outraged and still feigning surprise that the IRS was taking very pointed aim at organizations with which the Administration has political and cultural differences, the people’s voice matters now more than ever. The First Amendment matters now more than ever. As does the voice of the individual.