The Case For Re-electing Ann Wagner to Congress

Lawrence Meyers  |  Oct 16, 2020
The opinions expressed by columnists are their own and do not necessarily represent the views of Townhall.com.
Top Columns
Trending on Townhall Media 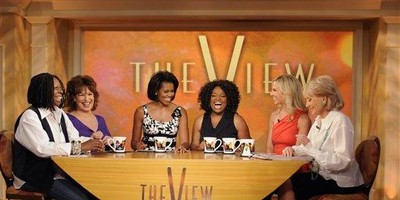 Congresswoman Ann Wagner is running for re-election in Missouri’s 2nd Congressional District. Wagner is an exceptional candidate with a track record that both Missourians and Americans can be proud of, and her common-sense positions have broad appeal.

Healthcare and public safety are two issues that are making a lot of headlines, and Ann Wagner has been proactive in addressing them.

Back on May 12, as the COVID-19 crisis was underway and Americans were being laid off en masse, Ann Wagner introduced a bipartisan bill called the Health Care Protection Act.  It provides six full months of premium assistance so that laid-off workers wouldn’t lose their health insurance, or have to pay more for it.

The bill creates a 30-day special enrollment period on ACA exchanges for people who are eligible for coverage, but not enrolled.  It also provides six months of COBRA premium assistance equal to what their employer paid for coverage.

This is simple, obvious, common-sense and fair legislation, which is why it got bipartisan support.  Continuity of health care is essential, and particularly important during the COVID-19 crisis.  For people who criticize Republicans for “not caring”, it’s difficult to see how they can level that criticism at Rep. Wagner.

Public safety, specifically issues surrounding policing, is also on the minds of many Americans and Missourians.

There have been misguided calls to defund police departments. St. Louis was recently ranked by CBS News as the 50th most dangerous city in the U.S. with a violent crime rate of 2,082 people per 100,000.  The crime rate in St. Louis is 199 percent higher than the national average, and in the 99th (lowest) percentile for safety.

As the Chairwoman of the House Suburban Caucus, we would expect this issue to be of import to Wagner, and she has delivered.   She rightly excoriated the St. Louis County Executive last month for failing to distribute CARES Act funding to law enforcement in local municipalities.   She has spoken out in support of law enforcement, and has the endorsement of the St. Louis Police Officers Association and Missouri Fraternal Order of Police.

At the same time, she voted in support of Sen. Tim Scott’s common-sense JUSTICE Act, which “strengthens the training methods and tactics throughout law enforcement jurisdictions, especially regarding de-escalation of force and the duty to intervene, providing law enforcement with new funding to do so, and will also end the practice of utilizing chokeholds.  Additionally, the bill will reform hiring practices by providing more resources to ensure the makeup of police departments more closely matches the communities they serve.”

After studying Rep. Wagner’s history, it’s apparent that she is that rare type of representative who recognizes that she serves at the pleasure of her constituents.  She knows that she is held accountable for being proactive and attuned to their concerns.   That’s probably why she arranges frequent town hall meetings, the kind where people actually get to discuss their concerns with her. Too many representatives treat their seats as being a kind of ivory tower, whereas Rep. Wagner operates at the grassroots level.

It’s my considered opinion that Ann Wagner is the representative that Conservatives, Independent, and moderate Democrats can get behind.  She has proven her ability to make the right decisions based on what her constituents desire, and not what is politically convenient.  That’s rare, and Missourians would be well-served to re-elect her.