How Did It Get This Bad?

Lawrence Meyers
|
Posted: Feb 29, 2016 12:01 AM
Share   Tweet
The opinions expressed by columnists are their own and do not necessarily represent the views of Townhall.com. 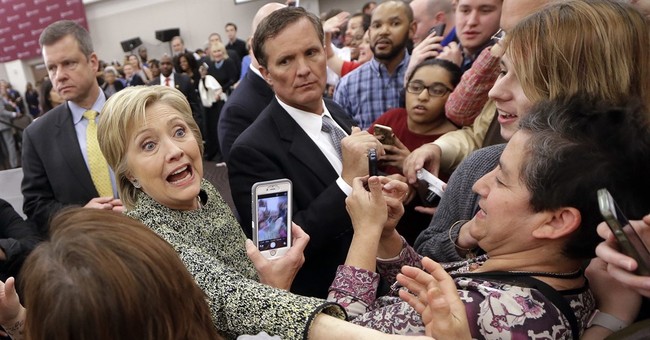 My father has been around a long time, and watched every Presidential campaign since Eisenhower.  Even he, a jaded political junkie, acknowledges that America’s campaigning tactics have gone off the rails.  No examples need be cited.  We all see it.  We all feel it.

How did it get this bad?  It comes down to two moments in recent history.

The Monica Lewinsky scandal was a turning point in American politics.  While philandering politicians were nothing new, what caught Americans by surprise were the lurid details, and the fact that these activities occurred in the Oval Office.  Yet those elements in and of themselves weren’t the catalysts.

The notion that the leading Democratic candidate has a list of scandals as long as Affordable Care Act is evidence of how low the Left has gone.  Yet Republican candidates are not in much better shape.  Clearly, voters are giving Donald Trump a pass on his lofty character problems.  If the dirty tricks alleged against the Cruz campaign are true, it appears that even the Conservative choice has thrown character considerations to the wind.

The more influential inflection point, however, was the 2000 election.  Two things emerged from this fiasco that has forever altered politics.  First, because the election was effectively decided by the Supreme Court, many Americans were left feeling as though their vote literally did not count.  Democrats, in particular, felt this was an outrage.  If this is what would be done to prevent their guy from entering the White House, then they would have no compunction about playing dirty.  After all, from their perspective, this was all a big con job designed to deprive them of their vote.  To them, this was a declaration of war. That this resulted in an Alinsky acolyte assuming the top job should come as no surprise.

There was a second element to emerge from that election.  As bug-eyed officials in Florida attempted to ascertain voters’ intents based upon hanging chads, it reinforced the realization that our electoral process – which we’d always taken for granted as being sacrosanct – was as flawed as the Titanic’s design.  The process had a massive hole torn in it, and it has taken down the entire system.

After hanging chads and butterfly ballots exposed the weakness of the system, there was a push for the process to go electronic, which only made things worse.  Now systems could be hacked, making charges of disenfranchisement all the more robust.  The dominoes began to fall, as more and more flaws in the system were exposed.

Allegations of dirty tricks are nothing new, yet the sheer volume and manner under which they are being alleged today has thrown the entire system into chaos and undermined faith in the system.  This creates a vicious cycle.  The less faith in the system, the more it will be manipulated.

Is it any wonder, then, that America is tearing itself apart?  We are screaming at each other because we are frustrated with a system that has ceased to function properly, and its breakdown has led to political anarchy.

The situation is likely irreparable.  Certainly, the first step is to create a national voting standard so faith in ballot-casting is restored, and that this standard also apply to recounts and exactly how they are to be carried out.

The second step is for Americans to insist that their President be presidential, and embody the highest values.  Whatever one may think of the The West Wing, one reason the show was successful was its portrayal of a President who did embody those values, who brought respect to the Office of the President, and whose actions were in the best interest of the country.

Yes, it was a TV show, and yes, it was therefore a fantasy.  That doesn’t mean we cannot strive for an ideal.  Now is the time to demand it.  After all, today’s television president, Francis Underwood in House of Cards, is a scheming manipulator and murderer.

It will only get worse until we demand the best from our leaders
White House Continues Pushing Massive Lie About the Build Back Better Agenda
Leah Barkoukis
Joe Biden, Lori Lightfoot Each Caught Violating Mask Mandates
Landon Mion
IRS Might Have Something to Say About How Kamala Harris and Stacey Abrams Are Campaigning for Terry McAuliffe
Rebecca Downs
Attack on Crisis Pregnancy Center Turns Personal in Virginia Statewide Race
Rebecca Downs
ESPN Reporter Leaving Company Over COVID-19 Vaccine Mandate
Landon Mion
Gaffe-Prone Joe Biden Has Done A Stunningly Low Amount of Interviews During His Time in Office
Rebecca Downs