Hillary Pushes for Highest Death Tax in the Developed World

Laurens ten Cate
|
Posted: Oct 25, 2016 11:15 AM
Share   Tweet
The opinions expressed by columnists are their own and do not necessarily represent the views of Townhall.com. 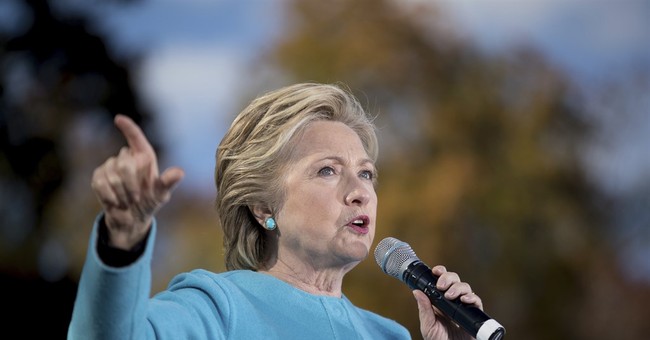 What many don’t know is that the U.S. already has an extremely high death tax: The 4th highest among OECD countries. If Clinton succeeds in pushing the Death Tax up to a 65 percent rate this would place the United States squarely at the top of the list.

The Left always pushes the argument in favor of the estate tax is always about “the rich kids that never worked for their money are given an unfair start.” However, new research on the so-called 1 percenters shows that these “rich kids” are an extremely small part of an already extremely small group. Most people in America that get rich don’t inherit it at all but work for it their entire lives.

This was concluded in a recent study by Jonathan Wai and David Lincoln on the super wealthy and their characteristics. It debunks prevalent 1 percenter myths. The study compared 18,245 extreme net worth individuals (those worth over $30 million) with each other to find where the money originated, what kind of education they attained and what kind of people they were.

Seemingly very egalitarian countries like Sweden and Austria that are often held up by top ranking Democrats as the promised land jumped out as places where the wealthy are most likely to have inherited their money instead of earning it themselves through business ventures that are good for the economy as a whole.

In the US only 12.6 percent of the super wealthy have inherited their health. Compared to nearly 50 percent in Austria this is extremely low.

Even more interesting, it shows that a high estate tax doesn’t “solve” this issue. France, with the third highest estate tax in OECD countries at 45 percent actually has more people that became rich because of inherited wealth than the US at 18.4 percent. What the new study by Jonathan Wai and David Lincoln from Duke University seems to indicate is that there is no correlation between high death taxes and low amounts of rich kids.

This disconnect between the severity of the estate tax and the amount of “rich kids” is often attributed to the fact that high net worth households shield their estates in complicated but legal tax structures. A prominent example is the Clinton family themselves, shielding their vast wealth in an Article 4 trust which reduces the amount they would have to pay by hundreds of thousands of dollars.

In addition to seemingly being useless in making the US more “equal” and just hurting small business owners who worked hard to create a better life for themselves, the Death Tax isn’t even very profitable for the state. The Tax Foundation found in 2015 that estate tax receipts were estimated to be only $20 billion. They conclude that: “As estate taxes become narrow-based, meager revenue sources with high administrative costs, repeal becomes a strong option. Thirteen countries or jurisdictions have repealed their estate or inheritance taxes since 2000.”

Next to that they found that: “Repeal of the U.S. estate tax would gradually increase the U.S. capital stock by 2.2 percent, boost GDP, create 139,000 jobs, and eventually increase federal revenue.”

All these reasons together should make it obvious that repealing the Death Tax is long overdue. Clinton said that“the estate tax has been historically part of our very fundamental belief that we should have a meritocracy.” Well, it seems we already have one Hillary. The United States is so meritocratic that we have one of the lowest rates of inherited wealth in the world. Let’s not destroy that by raising this ineffective tax to the highest rate in the developed world.