Lauren Cooley
|
Posted: Nov 03, 2016 12:01 AM
Share   Tweet
The opinions expressed by columnists are their own and do not necessarily represent the views of Townhall.com. 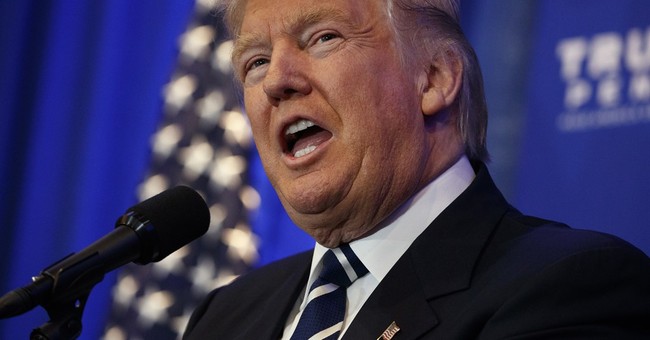 Young voters have been disillusioned, uninspired, and undecided for much of this election cycle and it’s easy to see why. 2016 has been the most sensationalized, radicalized, and personalized political climate perhaps in the history of the United States. A knock down, drag out battle pinning a bombastic reality star and larger than life business man versus a career politician under two different FBI investigations who “won” a rigged primary.

Prior to 2016, Millennials already knew that government wasn’t the answer, learning from the failures of Obamacare, the pending collapse of social security, and the looming national debt - but for goodness sakes, this tumultuous race to November 8th has sealed the deal in many Millennials’ minds that politics isn’t for them.

Now, with all that being said, undecided voters are suddenly making final decisions.

Within the past month, Donald Trump has jumped 13% with Millennials, according to a YouGov poll. In the past two weeks, Clinton's support among likely voters 18 to 34 years old dropped 6 percentage points. And most recently, in an ABC/Washington Post poll taken from October 26-to-29, Millennials have swung 22% in Trump’s favor; 56-21 percent in Clinton’s favor in early tracking to 48-35 percent today.

In the last moments of the campaign, Millennials are breaking for Trump.

Now this isn’t to say that Trump will win the selfie-vote. However, in the last minutes of the election, any sizeable Millennial fall-out for Clinton could spell victory for team Trump.

“Political correctness … has transformed our institutions of higher education from ones that fostered spirited debate to a place of extreme censorship where students are silenced for the smallest of things,” Trump told college students at a recent rally.

These key points, coupled with Clinton’s stodgy persona, high unfavorability rates, and lingering scandals paint the picture that Obama’s youth coalition is a phenomenon, and not a Democratic trend. With less than a week till election day, polls are tightening and undecided Millennials are breaking for Trump. What does this mean for the future of the GOP? Millennials are back in play.