Laura Hollis
|
Posted: May 12, 2022 12:01 AM
Share   Tweet
The opinions expressed by columnists are their own and do not necessarily represent the views of Townhall.com. 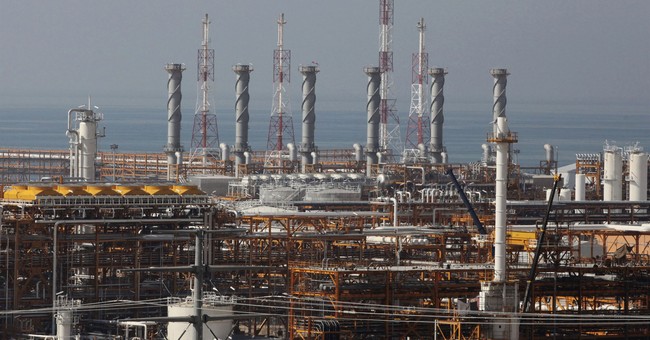 John Hinderaker has been writing at PowerLine about the economic catastrophe taking place in Sri Lanka. Until very recently, that country was “not only food-secure, but a major agricultural exporter” of products like rice, tea and rubber.

One would think that creating prosperity and lifting millions out of poverty would be welcomed by government and social activists. But no. The government of Sri Lanka decided to mandate new policies prompted not by the recommendations of anyone with experience in industry, commerce or basic economics, but by the howling of environmentalists demanding “all organic” farming.

Despite the fact that more than 75% of Sri Lanka’s farmers used synthetic fertilizer, the Sri Lankan government banned it outright.

The results were predictable. In one year, Sri Lanka’s rice production dropped by 14%, forcing the country to spend hundreds of millions importing a product they had formerly made enough of to feed themselves and export. Production of tea and rubber similarly collapsed. The price of food has quadrupled, and many staples, including liquid petroleum gas that Sri Lankans use for cooking, are in such short supply that citizens must stand in line for them, when they can get them at all. With its exports reduced to a trickle, Sri Lanka’s government is now begging the International Monetary Fund for a loan it seems unlikely to get – or be able to pay back.

If this pattern seems vaguely familiar, it should. Many of us are old enough to have witnessed the fall of the former Soviet Union, brought to its knees by failed collectivism. Younger folks have watched in real time as the economy of Venezuela – once the most prosperous country in South America – collapsed following implementation of top-down, command-and-control economic policies driven by socialist gobbledygook. Inflation hit 1 million percent there in 2018. Venezuelan currency – the bolivar - is worthless. Almost 80% of the country now lives in “extreme poverty.”

But the ruling classes never learn. Here at home, the Biden administration, in thrall to “climate change” theorists, is busy throwing wrenches into the gears of American industries just as destructively as Hugo Chavez and Nicolas Maduro did in Venezuela and the Rajapaska regime has done in Sri Lanka.

Among Biden’s first acts in the White House was shutting down the Keystone Pipeline and throttling drilling for oil and natural gas on federal lands. Those decisions and others like them have sent fuel prices – especially diesel fuel - soaring, and with them, the costs of everything else. Biden refuses to discuss increasing production with American companies. Instead, he’s has gone hat-in-hand to Middle Eastern countries, begging them to increase production (they refused). He is also tapping the U.S. Strategic Petroleum Reserves, leaving America even more vulnerable should we encounter a fuel crisis not of our own making.

None of this should surprise anyone with a modicum of common sense or any experience with business, both of which are in short supply in government. What’s true in Sri Lanka was true in the former Soviet Union and is true in Sacramento. When people who have no concept of how to start or run a business decide that they will control entire industries, the inevitable result is collapse. Socialists, environmentalists and the government officials whose strings they pull are about as economically ignorant as they come. Most have never started or run a business. They have no concept of the requirements of actual production. Many cannot distinguish between costs and prices. They do not appreciate the difference between having to ask for people’s money (as competitive businesses must) and being able to demand it (as governments do, via taxation).

Progressive activists of all stripes claim that the changes they promote will make business “accountable” and the system more “fair.” Neither claim is supported by evidence.

Too much government control over business does not eliminate corruption, but breeds it. Business leaders soon realize that their survival depends not upon pleasing customers, but bribing government officials. And once producers are no longer accountable to consumers, product and service quality goes right into the toilet. (Assuming, of course, that you can get a toilet. A staggering number of the global population – in countries without truly democratic governments or robust, entrepreneurially capitalistic economies - still doesn’t have indoor plumbing.)

And, like killing the goose that lays golden eggs, transforming the U.S. into a command-and-control style economy with decisions driven by ideologues pitching scientifically unproven (or worse, disproven) theories will not better or more fairly distribute the goods and services that private enterprise creates. It will slowly constrict production and provision of those goods and services - just as Biden's policies are doing now – until it’s no longer possible to produce at all. When that happens, millions starve. (As seen in yet another example of failed collectivism, Mao Jedong’s “Great Leap Forward” in 1960s China.)

Recommended
Is It Panic Time for Senate Republicans?
Guy Benson

There are some (arguably fringe) environmentalists who might not be devastated by that result. Paul Ehrlich authored “The Population Bomb,” a 1968 best-seller with doomsaying overpopulation predictions. Ehrlich’s wild-eyed predictions never came to pass, but did prompt government policies responsible for some of the worst human rights abuses in history. (Author Charles C. Mann laid this out in grim detail in an excellent 2018 article for Smithsonian magazine.) Despite that, Ehrlich is still calling for “a massive reduction in the number of humans” on earth.

Others – only slightly less extreme than Ehrlich – describe their ideal system as one of global “democratic eco-socialism,” where a small group of elites will decide what the everyone on the planet gets to have and do.

Regardless of their pet theories or reasons for wanting it, history shows that central planners and their top-down, command-and-control economics never work. Their theories are inevitably wrong in ways they did not anticipate, their desired goals don’t materialize, and the unintended consequences of their errors are even more destructive than the problems they allegedly sought to solve.

The United States is not – yet – on the brink of collapse. But economic policies preached by the ignorant and the arrogant can destroy our prosperity and peace, just as they have in the countries that took that path. More than 100 million people have died and untold amounts of wealth have been destroyed proving this point over and over again. We ignore the lesson at our peril.

Is It Panic Time for Senate Republicans?
Townhall
Blue-checked Biden alumna predicts that GOPers will regret Liz Cheney's defeat as much as they do Merrick Garland's blocked SCOTUS nom
Twitchy
Liz Cheney Was Not the Only One Defeated Yesterday
Redstate
The Morning Briefing: Liz Cheney's Concession Speech Was a Mentally Ill Cry for Help
PJ Media