Laura Hollis
|
Posted: Oct 24, 2019 12:01 AM
Share   Tweet
The opinions expressed by columnists are their own and do not necessarily represent the views of Townhall.com. 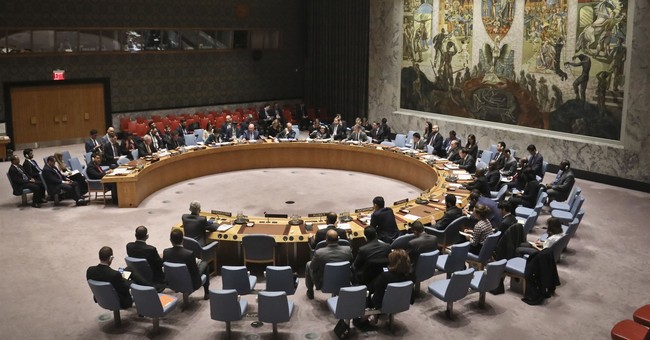 And when I say "we," I don't just mean conservatives or even Americans.

I mean most people around the world.

It's arguable that much of the conflict we see across the planet is attributable to the efforts of a handful of people to foist their worldview on everyone else, and the "everyone elses" starting to push back.

Hong Kong's citizens are resisting efforts by the Chinese Communist government to take away the rights and freedoms they enjoyed while Hong Kong was a British possession. (Interestingly, the Google search "Hong Kong protests violent" produces article after article criticizing the violence of the protesters -- not the police -- shaming Hong Kong's citizens for not using peaceful demonstrations, and reporting "splits" and disagreements among the protestors about the best ways to achieve their aims. The articles read like Chinese communist propaganda.)

The fractures in Europe are just as serious.

In France, for more than a year the "gilet jaunes" have been violently protesting increases on fuel and heating taxes imposed by the Macron government allegedly in pursuit of global environmental objectives.

In Spain, the Catalan independence movement has produced violent protests, which The Nation magazine describes as also motivated by "growing restrictions on the right to protest and freedom of expression, as well as the judicialization of politics and the politicization of the judiciary."

Other European countries, including Germany, Austria, Sweden, Greece and Belgium have been rocked by protests against the "open borders" migration policy pushed by the European Union. In many cases, those protests have resulted in dramatic shifts in the control of parliamentary governments (Hungary, France, Italy, Austria) -- and portend changes in representation at the EU as well.

And then there's Brexit -- Great Britain's exit from the European Union -- which still hasn't happened and continues to roil British and European politics.

People want to be free to live their lives, and -- for the most part -- to be left alone to care for their families, educate their children, perform their job responsibilities and go about the business of their daily lives. They don't want to be cogs in a globalist wheel, told what to do by some distant faceless government bureaucrat enforcing regulations enacted to achieve policy goals grounded in questionable "facts."

That viewpoint is anathema to the globalists among us.

Globalists think that the answer to every human problem lies in government -- and the bigger the government, the better. Why stop at federal legislation and federal courts when you can push for international legislation and international courts? Not only does this remove the Average Joe's control over his own life but also it creates the potential for so much delicious power.

Here in our own country, Hillary Clinton is Exhibit A.

Take for example, the Clinton Foundation, and the millions of dollars Clinton and her husband collected from foreign nations while she was secretary of state. But further evidence is that Clinton cannot let go of 2016. She cannot bear the loss, not only because of her immense ego but because She. Had. Big. Plans. Far bigger plans than her relatively easygoing husband ever did. Clinton is a globalist to the marrow of her bones. People were distressed that Clinton had a stranglehold on the Democratic National Committee in 2016? That was penny ante poker, folks. President Hillary Clinton would be the best friend of the U.N. and the EU and the International Court of Justice. In Clinton's worldview, only a handful of people are brilliant enough to rule the world -- she's one of them. If the "little people" dare to want to run their own lives, they're "deplorables." And as the Tulsi Gabbard kerfuffle demonstrates, anyone who poses a threat to Hillary's hegemony will incur her wrath.

Across the Twitterverse, some conservatives are aghast that Tulsi Gabbard has garnered so much support from the right, warning that it's part of a larger conspiracy to shoehorn Hillary Clinton into the Democratic nomination again in 2020. That strikes me as unlikely. Whether Gabbard intended it or not, her vicious (and deserved) criticism of Clinton sounded like something that could have been said not by Vladimir Putin or Bashar Assad, but by President Donald Trump and the 63 million people who voted for him.

In one of her recent videos, Gabbard says: "If they can falsely portray me as a traitor, then they can do it to anyone -- and in fact, that's exactly the message they want to get across to you. If you stand up to Hillary and the party power brokers -- if you stand up to the rich and powerful elite and the war machine, they will destroy you and discredit your message. But here is the truth: They will not intimidate us. They will not silence us."

When you're a little-known candidate whose chances for the Democratic nomination are viewed as somewhere between slim and none, all you get are slanderous smears by Hillary Clinton, which the press is willing to repeat and even try to justify.

But when you're the president of the United States whose chances for the Republican nomination -- much less the election -- were viewed as somewhere between slim and none -- and you beat the odds, you get slanderous smears dutifully disseminated by the press PLUS the full force of your predecessor's FBI, CIA, Justice Department and the rest of the "deep state" actors intending to take you down.

Trump isn't interested in having America run by the United Nations or the European Union.

For the globalists here and abroad, that is a declaration of war.