Nine Takeaways from the Midterms

Laura Hollis
|
Posted: Nov 08, 2018 12:01 AM
Share   Tweet
The opinions expressed by columnists are their own and do not necessarily represent the views of Townhall.com. 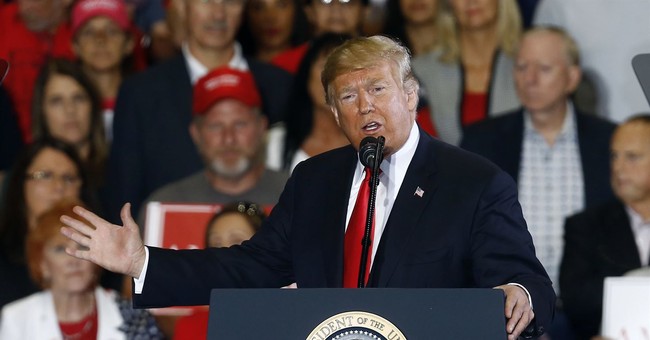 What did we learn?

File this under "the old rules don't apply." All across the country, poll watchers reported that early voting was breaking records. According to CBS News, approximately 113 million people -- 49 percent of eligible voters -- voted in the 2018 midterm elections. This broke turnout records going back to 1966 (and before that, to 1914). That's an incredible statistic, and it defies the conventional wisdom that people only care about presidential elections. Not anymore.

(See also: "The old rules don't apply.") #NeverTrump Republicans. #WalkAway Democrats. Black Americans and #Blexit. Hispanics who want border enforcement. The nation is changing and allegiances are shifting to issues and away from pure identity politics. It's unclear whether our national press understands this. Beltway politicians ignore it at their peril.

3. The GOP can thank Brett Kavanaugh and Lindsey Graham for the U.S. Senate.

Senate Democrats wayyyyy overplayed their hand with the smear campaign against Supreme Court nominee (now Associate Justice) Brett Kavanaugh. The abuse of Senate confirmation procedures, glaring holes in Christine Ford's testimony; salacious, unsubstantiated (and now even recanted) allegations; and protesters' outrageous behavior shocked the country. As it turns out, Americans still believe in the U.S. Constitution, the rule of law and the presumption of innocence. There is no question that the Kavanaugh hearings galvanized voters. And Lindsey Graham's justified outrage (helped by the rational yet passionate speech of centrist Maine senator Susan Collins) sealed the deal.

Love him or hate him (and there doesn't seem to be much in between), there's no denying that President Trump has more stamina than any president in modern memory. Nor have there been many presidents who have stumped to this extent for party pols in midterm races. From March until the early part of this past week, Trump held nearly 50 campaign rallies -- and in the days before the election, multiple rallies in multiple states on the same day. (It's also worth noting that Trump seemed to focus his rally efforts on states with critical Senate and gubernatorial races rather than House races.) He was instrumental in the GOP victories in Florida, Indiana, Texas, Ohio, Tennessee, Missouri and North Dakota. (At this writing, Arizona's senate race and Georgia's governor's race are leaning GOP but still undeclared.) He boosted Michigan U.S. Senate candidate John James into the national spotlight. He is a force to be reckoned with.

5. Loss of the House can be laid at the feet of intransigent Republicans.

It's been said before but bears repeating: When voters gave Republicans control of the House in 2010 (which then-President Obama described as an electoral "shellacking"), they complained that they needed the Senate. When voters gave the GOP control of the Senate in 2014, they complained that they needed the White House. When Trump became president in 2016, a significant number of Republicans pouted and said in effect, "This isn't the Republican we wanted." At every turn, rather than doing the job voters sent them to Congress to do, Republicans made excuses for their inertia and capitulated to the consistently hostile media. In a critical midterm election year, nearly 30 House Republicans announced their retirement, leaving many of their seats vulnerable. This was part swallowing the "Blue Wave" propaganda that the press spread and part a #NeverTrumper tantrum: Better to lose their jobs (and the House) than have to work with Trump. Nice job, guys.

And while we're on the subject ...

But what Trump has done is show Republicans how to stop being so good at losing -- and start fighting back and winning. Those who think life was better when the GOP curried favor with the press and rolled over on issue after issue have either stepped down or lost. But that's their fault, not Trump's. Voters had been signaling for years, before Trump arrived on the scene that they wanted a robust GOP that would fight for conservative causes. Old guard Republicans wouldn't do it. Trump will. Enough said.

It's still the economy, stupid. Americans can see past bluster and nonsense, and results matter more than pretty words. The press swooned for eight years over Obama's soaring rhetoric (which evaporated off-teleprompter). But when it came to results, Obama's policies -- Obamacare is a perfect example -- hurt rather than helped people. Forced to choose, millions of Americans prefer someone perhaps less polished who delivers.

8. Americans have a lot to be proud of.

The American system of government works -- still, after 242 years. People exercised their right to vote in record numbers. Those running for office were very diverse and included more females, as well as Muslim, gay, black, Hispanic and Asian candidates. The willingness and ability to meaningfully participate in the process of governance is a worthy attribute of the American public.

9. The cultural divide is not going away.

The heated political debates, impassioned electorate and divided Congress are symptomatic of the fundamental differences about the future direction of the country. In truth, those debates cannot be resolved in Congress -- or in government in general -- which is, as the saying goes, downstream of culture. It is up to us as Americans, and not our elected representatives, to find ways to resolve those differences.