When the President's Behavior Is Reprehensible

Laura Hollis
|
Posted: Aug 23, 2018 12:01 AM
Share   Tweet
The opinions expressed by columnists are their own and do not necessarily represent the views of Townhall.com. 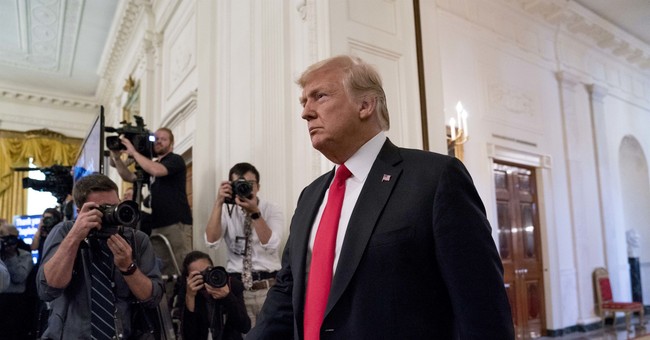 The news about the president is shocking. Behavior that would get most people fired has taken place, and something must be done. Are we, as a nation, not up in arms when a president:

--Is repeatedly and humiliatingly unfaithful to his wife?

--Engages in sexually exploitative conduct with young women working for him?

--Is credibly accused of sexual misconduct by more than one woman?

--Lies to the American public repeatedly?

--Spies on journalists and denies them access to the White House?

--Interferes with investigations into foreign nationals suspected of illegal activity?

--Cozies up to hostile nations?

--Issues executive orders of questionable legality -- and then brags about it?

--Refers to political opponents as “enemies”?

Aren’t you appalled? Are you ready to call your congressional representatives and demand impeachment?

That’s unfortunate, because it’s too late.

All of the behavior described above was engaged in by presidents who have already left office -- oh, and all Democrats, by the way.

Former President Franklin Delano Roosevelt was unfaithful to Eleanor Roosevelt. (A New York Times article about FDR’s long-term affair with Lucy Mercer waxes nostalgic about the days of “an obliging press and retinues of discreet enablers” that enabled presidents to keep their dalliances private. Make of that what you will.) Former President John F. Kennedy’s infidelity to his wife, Jackie Kennedy, was pathological. (His father, Joseph Kennedy, apparently enjoyed a liaison with actress Gloria Swanson. Ew.) And not much need be said about former President Bill Clinton.

Ditto for sexually exploitative conduct. Mimi Alford wrote a book about her affair with JFK when she was a 19-year-old White House intern. (Kennedy’s behavior was not only that of a predator but also a pimp.) Clinton had a notorious sexual relationship with White House intern Monica Lewinsky (about which he lied under oath, setting the stage for his impeachment) and has been accused of sexual assault -- including rape -- by multiple women.

Former President Lyndon Johnson’s language was racist day in and day out. He used the N-word and other racial slurs against African-Americans in general, those who worked for him and even former Justice Thurgood Marshall -- whom he nominated to the U.S. Supreme Court!

When it comes to lying to the public, former President Barack Obama had a great run. He lied about the Benghazi terrorist attack. He lied -- repeatedly -- about what Obamacare would do to Americans’ health care coverage and costs. (The New York Times gently acknowledged that Obama “clearly misspoke.” Um, yes -- three dozen times.)

In fact, President Obama can take credit for a number of the items listed above. He spied on journalist James Rosen, “went to war” against Fox News and severely curtailed press access to the White House. Obama deliberately impeded an investigation into drug running and money laundering by terrorist organization Hezbollah because it interfered with the deal he wanted with Iran (which he also lied about, by the way).

Obama was also fond of lording his power -- whether or not completely in conformity with constitutional limits -- over his political opponents. Notable Obama quotables include “Elections matter,” and “I won,” and “I’ve got a pen ... and I’ve got a telephone.” Obama’s executive orders on immigration impermissibly usurped the legislative prerogative of Congress, and the federal appointments he made without Senate approval -- while the Senate was in session -- exceeded the lawful limits of executive power, as the Supreme Court unanimously pointed out.

Nor was President Obama more solicitous of the federal judiciary -- at least when it decided cases against him. Obama’s Department of the Interior was held in contempt by the United States District Court for the Eastern District of Louisiana, for refusing to remove a moratorium on drilling in the Gulf of Mexico that the court had previously found to be unconstitutional.

And he displayed his share of disdain for the public, saying at one point, “We’re gonna punish our enemies, and we’re gonna reward our friends,” and infamously describing the denizens of Rust Belt states as “bitter” anti-immigrant bigots who “cling to guns or religion.”

To say, “What’s sauce for the goose is sauce for the gander” is to throw in the towel and tacitly accept this kind of behavior as a matter of course from our elected officials. If we don’t like where we are now, we’ll rue the day when that attitude becomes explicit.

That said, it is the media and other highly visible thought leaders -- largely on the left -- who bear the lion’s share of responsibility for the curious position in which we find ourselves. They have displayed craven hypocrisy in their willingness to excuse improper, immoral and even unlawful conduct from politicians on their side and then try to whip the American public into a furor by feigning outrage and indignation when anything even approaching that which they’ve winked at is engaged in by Republicans.

If the president’s conduct is truly reprehensible, it should matter. But if it doesn’t matter for all, then -- like it or not -- it won’t matter for any.