Time for a Patent Attorney on the Supreme Court

Laura Hollis
|
Posted: Apr 07, 2016 12:01 AM
Share   Tweet
The opinions expressed by columnists are their own and do not necessarily represent the views of Townhall.com. 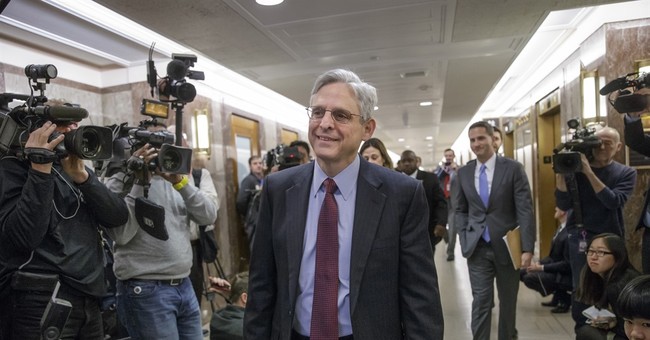 President Obama recently nominated Merrick Garland to the United States Supreme Court. Judge Garland -- a respected and eminently qualified jurist, by all accounts -- has been serving as the chief judge for the United States Circuit Court of Appeals for the District of Columbia Circuit. To the extent that anything outside of presidential campaign shenanigans gets news coverage these days, issues with Judge Garland's nomination seem limited to questions about whether he will tip the Court's jurisprudence to the "more liberal" side, or whether Republicans in the Senate have "abdicated" their "constitutional responsibility" to hold a vote on Judge Merrick's nomination.

I have a different beef with his selection.

I think it's time for a patent lawyer to be named to the Supreme Court.

Still other justices have come from law enforcement. Current Justice Elena Kagan was serving as solicitor general of the United States prior to her nomination by President Barack Obama. Former Chief Justice William Rehnquist was elevated from his position in the Justice Department as assistant attorney general in the Office of General Counsel.

But -- at least in recent years -- it is Judge Garland's professional home, the D.C. Circuit, that has served as a veritable breeding ground for Supreme Court nominees. Of the recent Supreme Court justices -- including the recently deceased justice Antonin Scalia -- four (Scalia, Chief Justice John Roberts, and Justices Clarence Thomas and Ruth Bader Ginsburg) served on the D.C. Circuit, as did failed nominees Robert Bork (nominated in 1987) and Miguel Estrada (nominated in 2003).

To an extent, presidents' predilection for D.C. Circuit Court judges is understandable. The D.C. Circuit has historically had an enormous impact on U.S. policy by virtue of its jurisdiction; it reviews decisions and rules issued by many federal agencies and hears many more constitutional challenges to federal programs than do the other federal appellate courts.

By contrast, most (if not all) recent Supreme Court justices have had little professional experience with intellectual property law. And it shows.

Why does it matter? Consider some of these data:

Technology is advancing at a rapid pace, and the law struggles to keep up. Congress passed the America Invents Act in 2011, which is still being interpreted. Patent law in general developed at a time when patentable subject matter was almost entirely tangible. The language of patent law is frequently stretched to its limits to accommodate today's technologies, many of which are entirely digital, some of which are developed my companies that are almost entirely virtual.

Corporate technology behemoths -- companies such as Apple, Microsoft, AT&T, Ericsson, Sony, Samsung, IBM, Hewlett-Packard and Intel -- are constantly expanding their patent portfolios. Lawsuits between these big players (referred to as the "intellectual property wars") are in the news daily, often go on for years and run into the billions of dollars. The rights of small innovators are difficult to preserve in this climate.

While the implications of these battles might not be immediately obvious to the Average Joe, the public is concerned about such issues as the privacy of their data, the ability of the government to demand that private companies turn over customer information, the threat (or lack thereof) of "patent trolls," genetically modified foods and black-market goods in foreign countries, just to name a few.

Court watchers speculate that the next president will have the opportunity to appoint at least two new justices. Here's hoping that he -- or she -- will give serious consideration to judges serving on the Federal Circuit Court of Appeals. Their time has come.