The Best Message: Racism is Dead 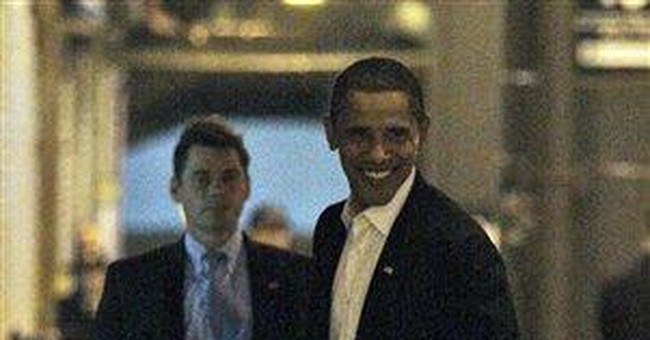 As Republicans and (some) conservatives sift through the rubble of the 2008 campaign to find remnants of hope for the future, there are a few things that stand out loud and clear – things which can and should form the basis for the Republicans’ message as they move forward.

The absolute most important message is this: RACISM IS DEAD.  By that I do not mean that there are no individuals out there who harbor nasty sentiments about people who don’t look like them.  But it does mean that it is long past time to announce that the American system works.

There are those who have been trumpeting this message for some time.  And there is plenty of proof.  We have, as a nation, already seen two black Supreme Court justices.  A black Chairman of the Joint Chief of Staff, who went on to be the first of two black Secretaries of State.  And this does not even include the innumerable successful black businessmen and women, other elected officials, authors, musicians, educators, actors, economists, scientists, and so many other African-American citizens who contribute meaningfully to the fabric of American life each day.

Now, an African-American man has been elected President of the United States – the leader of the free world, and (arguably) the most powerful man on the planet.

It’s heady stuff.  And it is a powerful message for Republicans.  Why?  First, Republicans (and I am speaking here of registered voters) can take a good deal of credit for Obama’s election.  Perhaps unsurprisingly, Obama took the overwhelming majority of the African-American vote.  But this alone would not have elected him.  Obama was supported – just as he was cheered on in Grant Park last night – by Republicans and white voters in huge numbers.

Second, Obama’s election confirms what Republicans and conservatives have been saying for years – that Americans are willing to elect a person whose ideas they share, regardless of that person’s race.  (And Hillary’s Clinton’s 12 million supporters, along with the nearly 50 million who voted for Sarah Palin on John McCain’s ticket, also demonstrate that Americans are willing to repose trust in a woman to lead.)  Conversely, those who did not vote for Obama opposed him because of his ideology, his viewpoints, and his policy proposals, not his racial background.

Most fundamentally, however, this is a core message for Republicans for the same reason that it is good news for all Americans.  The system works.  In the American system, a reasonably stable family life, a decent education, responsible personal choices, and a strong work ethic ensure that anyone in this country can do just about anything they wish.

While all eyes are understandably on the new President-elect, Republicans and conservatives need now to turn Americ ans’ attention to themselves as well.  The message that needs to go out, like a steady drumbeat, from here on out is, “No more excuses.”  Obama is proof: if you do not make something of yourself in this country, then you can no longer blame the system. You can no longer blame entrenched racism.  If a black man can persuade a majority of Americans of all races, creeds, colors, and backgrounds to give him the job as Commander-in-Chief, then there is no excuse why anyone else cannot obtain what they need and want through hard work and personal initiative.

I fully understand that liberals will fight this message tooth and nail.  Regrettably, I fully expect President Obama to fight it.  I hope that I am wrong.  But his message all along has been the system is broken; it’s someone else’s fault; we need to take from them and give it to you; you can’t do it on your own.

This must be the Republicans’ message.  But it should also be President Obama’s message.  It should be the Democrats’ message.  If it is, then we will know that, like so many Americans, they believe in our system of government, in the economic foundations that have provided our prosperity, and in the limitless genius of the American people.

If it is not; if President Obama and liberal Democrats continue to insist that African-Americans somehow manage to be hobbled by the very same system that has elevated him to the highest office in the land; that they cannot establish businesses, create jobs, build wealth, strengthen their families, and educate their children, as so many other Americans have, then we will know all we need to know.  We will know that the Democrats’ attitude towards disadvantaged Americans - and their approach in office - will not be one of facilitating opportunity and unleashing human creativity, but of exploiting human misery, and of crass political maneuvering to obtain a stranglehold over what will be an ever-larger class of dependent people for personal gain.