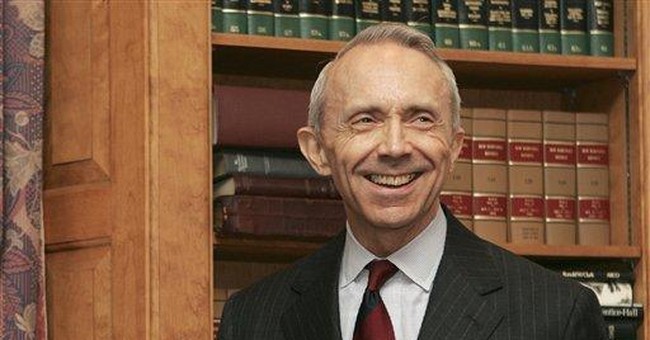 You know the times they are a-changing when the liberal Los Angeles Times implies it was unfair to deny white firefighters promotions on account of race.

Last month, the Supreme Court heard arguments in Ricci v. DeStefano, a case in which over a dozen white firefighters and one Hispanic filed suit against the city of New Haven, Connecticut, claiming racial discrimination. In the name of "affirmative action," the fire department decided that Frank Ricci and other firefighters who scored high enough on the promotions test would not be promoted, because no black firefighters qualified for promotions.

The dyslexic Ricci didn't receive special treatment. He bought the study materials, paid someone to read them onto audiotapes, studied, took the test, and aced it. Instead of receiving his hard-earned promotion, however, he was penalized for his race. The Los Angeles Times, in the mildest way possible, called foul:

Employment tests on which minorities fare disproportionately poorly can be challenged in court on the ground that they aren't job-related. But it was the city, not a court, that belatedly found fault with the test after political protests. That upset the legitimate expectations of firefighters who had been told that they would be promoted if they scored well.

Under federal law, the mere fact that one group scores better on a test than another does not establish illegal discrimination. In fact, as the white firefighters' lawyers pointed out, federal law says that an employer may not "alter the results of ... employment-related tests on the basis of race" after the fact. The fairest outcome would be a finding that New Haven did alter the results, so the promotions should have gone into effect. That wouldn't prevent black firefighters from challenging this or future tests in court, nor would it bar New Haven from looking for a new test that would be both job-related and more likely to lessen racial disparities.

The newspaper tries to play both sides by urging the court not to "use this hard case to make bad civil rights law." In other words, the court should decide the case as narrowly as possible and order New Haven to promote qualified firefighters, regardless of race, allow the government to continue watering down tests for minorities, and keep the door open for minority low scorers to sue based on disparate impact.

Every time I hear about this black group or that "African American" organization complaining about the "racism" of civil service tests, I'm embarrassed. Why does suing always occur to people instead of studying and working harder? After battling actual racial discrimination during the civil rights movement, in which people lost their lives, blacks in 2009 believe a fire department is discriminating against them because they couldn't score high enough on a test? Chilling. Did I mention embarrassing?

America has advanced far enough in its race relations for the government to begin treating individuals as individuals, and not prefer or discriminate against them based on group membership. There are no shades of gray when it comes to racial discrimination - only black and white, pardon the pun. Anyone who opposes discrimination against blacks but supports discrimination against whites is a hypocrite. Perhaps one day, far, far into the future, the Los Angeles Times will agree with that sentiment.