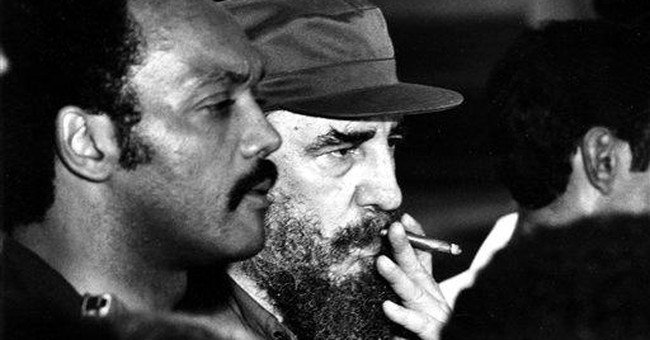 The physical chains of American slavery may be broken, but the mental chains are still there. That's the message of filmmaker Janks Morton's 84-minute documentary, What Black Men Think.

Morton was inspired to make the documentary after hearing an alarming and well-known statistic. While watching a C-SPAN debate between Juan Williams and professor and author Michael Eric Dyson, he heard Williams say that 70 percent of black babies were born out of wedlock. Morton said he didn't believe him until he looked it up.

But Morton found that other statistics, just as alarming, were misleading. For instance, the Justice Policy Institute released a study in 2002 that became big news. According to the study, there were more black men in prison than in college. Morton dug deeper and found that there were 805,000 black men in college and 757,000 in prison that year. But Morton believed the more relevant statistic was how many black men of college age were in prison. He looked at the numbers for 2005 and found there were 473,000 black men between the ages of 18 and 24 in college and 106,000 in prison.

What Black Men Think also attempts to deflate the hype surrounding interracial marriage. What percentage of black men marry white women? Some people interviewed guessed as high as 30 percent, but the actual figure is 5.3 percent. With the government's own statistics, Morton tackles other misperceptions and reveals the truth about the percentage of black men who graduate from high school, infect black women with HIV because of "down low" behavior, and pay child support.

Pop quiz: What's the #1 killer of blacks? If you guessed heart disease or AIDS, you're wrong. It's abortion: 363,024 black babies were slaughtered in the womb in 2005. Although black women are roughly 13 percent of the female population in the United States, they account for over a third of all abortions. Why isn't this widely reported in the media? (Planned Parenthood founder Margaret Sanger is briefly mentioned in the film. Read about The Negro Project.)

While Morton acknowledges serious problems in the black community, from the glorification of gangster rap to high illegitimacy and crime rates, the documentary provides a means to open a dialogue between black men and women and to urge blacks to question what they read and hear, especially from so-called black leaders (including the NAACP).

A recurring theme throughout the documentary is turning to self to solve problems and not to the government. Morton and others discuss how the gains of the civil rights movement were squandered when blacks became conditioned to rely on the government rather than on themselves, the way they had to during Jim Crow. Some of those interviewed pointed to the free love, if-it-feels-good-go-for-it era of the late 1960s, which had a devastating impact on the black community. The most urgent problem today is the collapse of the family, not racism.

Given the heavy representation of black conservative commentators in the film, no doubt Morton has been accused of catering to blame-the-victim views. But if a thing is true, it's true no matter who says it. What Black Men Think has the potential to inspire people to do their own thinking and question the status quo.

Change the way people think, and things will never be the same.