Larry Provost
|
Posted: Jan 16, 2020 12:01 AM
Share   Tweet
The opinions expressed by columnists are their own and do not necessarily represent the views of Townhall.com. 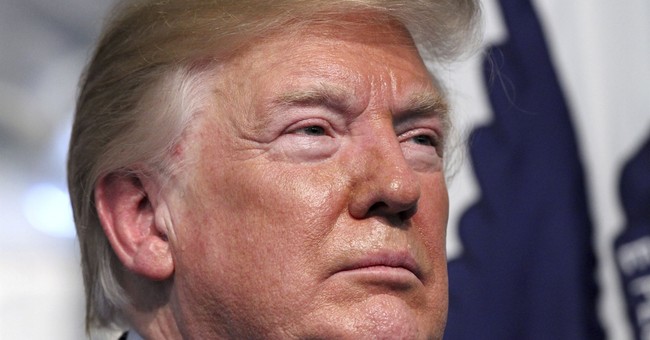 A former soldier once refused to submit to UN authority at the expense of American sovereignty and it cost him dearly. The man’s name is former U.S. Army Specialist Michael New.

Michael New was a U.S. Army Soldier from Texas stationed in Germany with the 1st Battalion, 15th Infantry Regiment, 3rd Infantry Division.  A patriotic young man who comes from a Christian family, New was homeschooled and grew up with a great love for America and its founding principles.  It was only natural that Michael would join the military after high school.  This he did and he was an excellent soldier, reaching the rank of Specialist (SPC) and having no disciplinary infractions until he took a stand for American sovereignty.

In 1995, Michael was ordered to go to Macedonia with his military unit, which he was happy to do.  However, his conscience and oath to protect the Constitution of the United States forbade him from following the order to don the uniform appurtenances of the United Nations, specifically the blue beret of the UN and the armband signaling as such.  Further, the UN patch was to be placed on the right shoulder and the American flag moved to the left shoulder.  While this may not have appeared to be a big deal to many civilians, it is worth noting the right shoulder indicates the nation in which the Soldier serves (in the military the saying goes “Uncle Sam is Always Right”).  New believed this indicated a loss of U.S. sovereignty and would have led to a non-POW status if he had ever been captured.

New did not believe the UN was very effective, practically speaking, but his argument against wearing the UN uniform were Constitutional in nature as he did not believe it was right to surrender U.S. power and sovereignty to any foreign entity, especially one that has been very hostile to American interests.

New was certainly ahead of his time.  While warnings about globalization and global government, as well as arguments for U.S. sovereignty have been around since the founding of the UN, the election of Donald Trump showed that, among many issues, respecting U.S sovereignty was important whether it be at the border or against the forces of globalization; the very forces that New took a stand against.

Specialist New was court martialed and given a Bad Conduct Discharge from the Army.  After several appeals his conviction was upheld.

Specialist New wholeheartedly believed in following the orders of his superiors as long as those orders were in line with the Constitution of the United States.

President Trump has gone a long way in addressing injustices and grievances, whether recent as seen in the case of Derrick Smith or posthumous as we have seen with the late heavyweight champion of the world, Jack Johnson.  However, one living person who deserves to be pardoned is not getting the attention he deserves.

Even if one believes New was guilty as charged, he has undoubtedly paid his debt.  It is time to give Specialist New the pardon, and the credit he deserves for sounding the alarm about the integrity of U.S. sovereignty.

*Views in this article are those of the author and not any government agency.